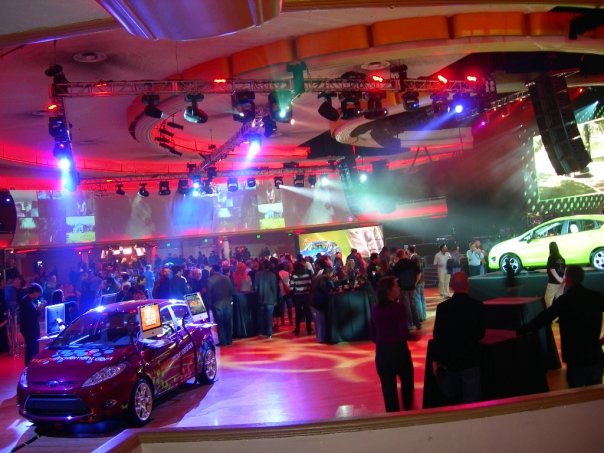 After many years of refusal from Ford to see the benefit of bringing its European vehicles overseas to the states… The Fiesta arrives. As the Carpocalypse absolutely ravaged Detroit Ford found itself still intact in relation to its nearby competitors but also striving for affordable new products to feed the consumers while it restructured itself. The company found what they needed in the compact Fiesta that had been successful in Europe since the 90’s.

Ford launched a huge Social Media campaign, known as the Fiesta Movement, to promote the vehicles by taking 100 European Fiesta’s stateside and putting them into the hands of a select group of people that for 6 months promoted the cars through use of Twitter, YouTube clips, personal blogs, and many different events and challenges put on by Ford. The final event that I attended was the unveiling of the U.S. Spec Fiesta that would be on sale here in the coming year. The 100 members of the Fiesta Movement were flown in from around the country and the night would also celebrate their time with the car and their achievements. 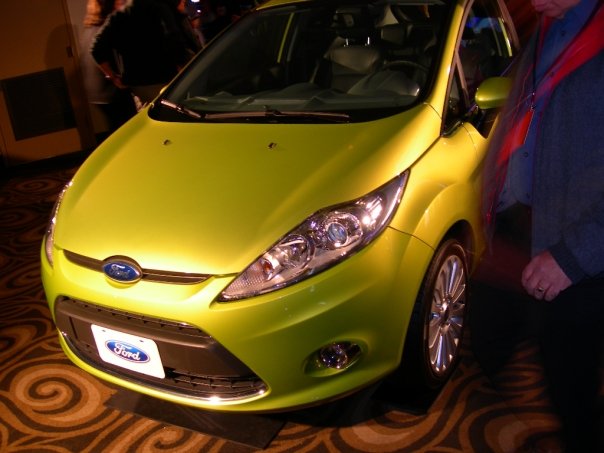 The night was filled with interviews of the various members of “The Movement,” a live DJ mixing music, meetups of many different people from online media and Twitter. Awards were given to Fiesta Movement members for different categories such as “Most Creative Video” “Best Photos with Fiesta” and etc. The debut of the new vehicle came with not much uproar as the vehicle was essentially the same and had been seen by most who care on the internet many days earlier. 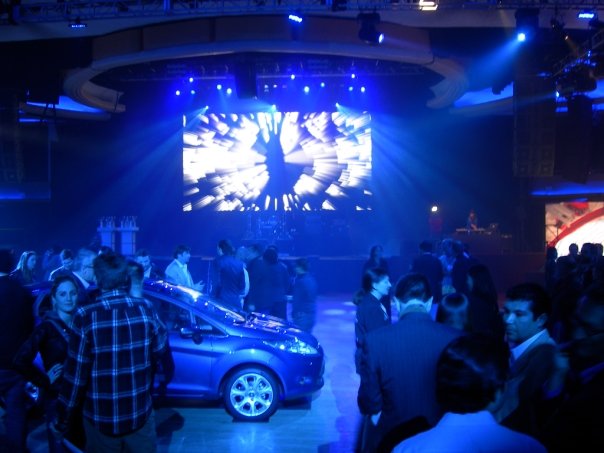 The debut featured two different versions of the car, a blue 4-door sedan and a green 5-door hatchback, which featured identical styling to its European counterpart except for a few chrome bits and dimples on the front bumper. U.S. pricing will start at $13,320 for the “S” sedan. Moving up to the SE trim level brings the total to $14,320. The hatchback is not available in S trim but can be purchased in SE guise starting at $15,120. The range-topping SEL Sedan and SES Hatchback cost $16,320 and $17,120, respectively. Moving to an automatic transmission adds about $1,000 to the price. The destination charge is $675.

Ford’s latest four-cylinder offering will be mated to either a five-speed manual transmission — expected to return 29 city and 38 highway mpg — or the six-speed PowerShift dual-clutch automated manual, which is projected to be rated at 30 city, 38 highway in normal trim. 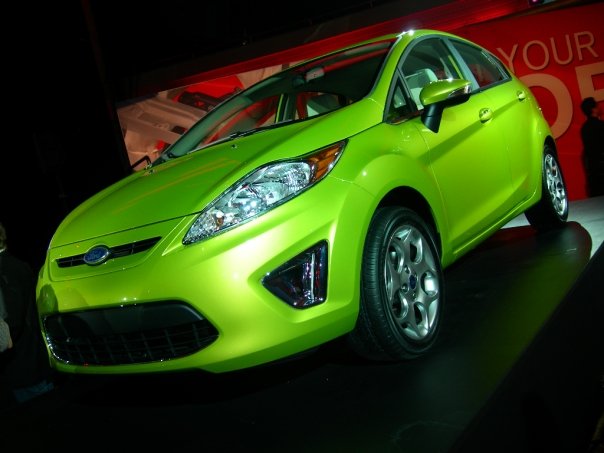 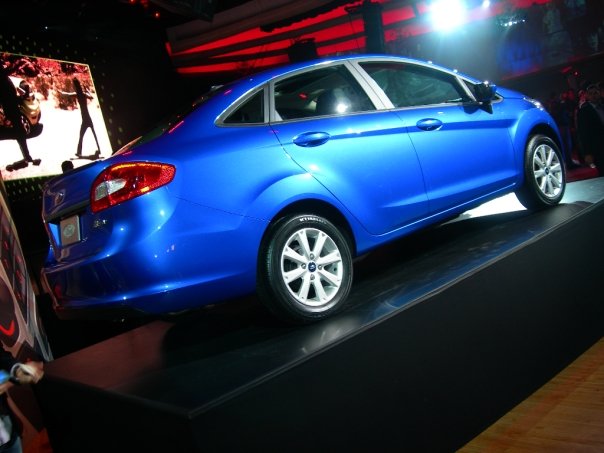 I believe that Ford is headed in the right direction with this vehicle in terms of its use of social media for promotion and its offering in terms of price, fuel economy, and performance. Moving forward, Ford is starting to realize how to use its assets in Europe in order to save costs and to offer decent products to the consumer. I look forward to seeing the European Focus come to the US soon and the possibility of several other great European cars make it this way (Mondeo please). And if they continue to throw a decent party… I will make sure to show up.

2015 Lincoln MKC Debuts with an Evening of Style

One thought on “Debut : Fiesta Movement at Hollywood Palladium”