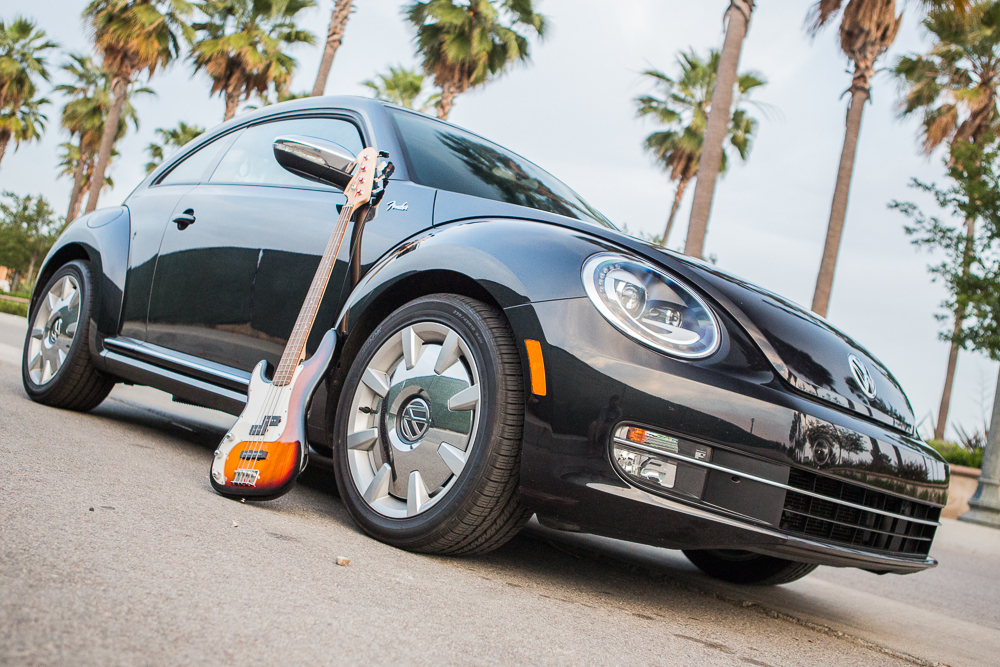 We were excited to finally get a chance to get behind the wheel of one of the new VW Beetles and it just so happened that this opportunity came in the form of the 2013 Beetle Turbo Fender Edition.  The new Beetle makes a number of improvement from its predecessor.  Because the design is much sleeker, the visors are actually useful and block the sun, unlike the previous model.  Additionally, there is much more space in the back seat while still maintaining the great trunk space they were know for.  Last, the dash is shrunk down to a normal size, making you feel like you are driving a sporty car rather than a boat like before.

NOW, on to the fun stuff…  It was excited to see what Fender was going to do to trick out their Beetle.  And as expected, the sound system was superb.  The speakers were balanced and powerful, providing great sound for a great ride.  A great, yet unexpected surprise was the interior styling.  The dash panel is something that any true Fender guitar player would recognize… a Sunburst paint scheme!  This dash panel is one of the coolest I’ve seen, it’s flashy and just the right amount of “cool”.  Mixed with that is the lighted & nickle trimmings placed throughout the interior.  All of that together with the added turbo gauges and seats give you a pretty sweet ride.  The only drawback to this car might, suprisingly, be for all those guitar players out there… Even though the trunk has some good space for your luggage to get you to your next gig, it might not quite fit your Fender Bass with the rest of your gear.