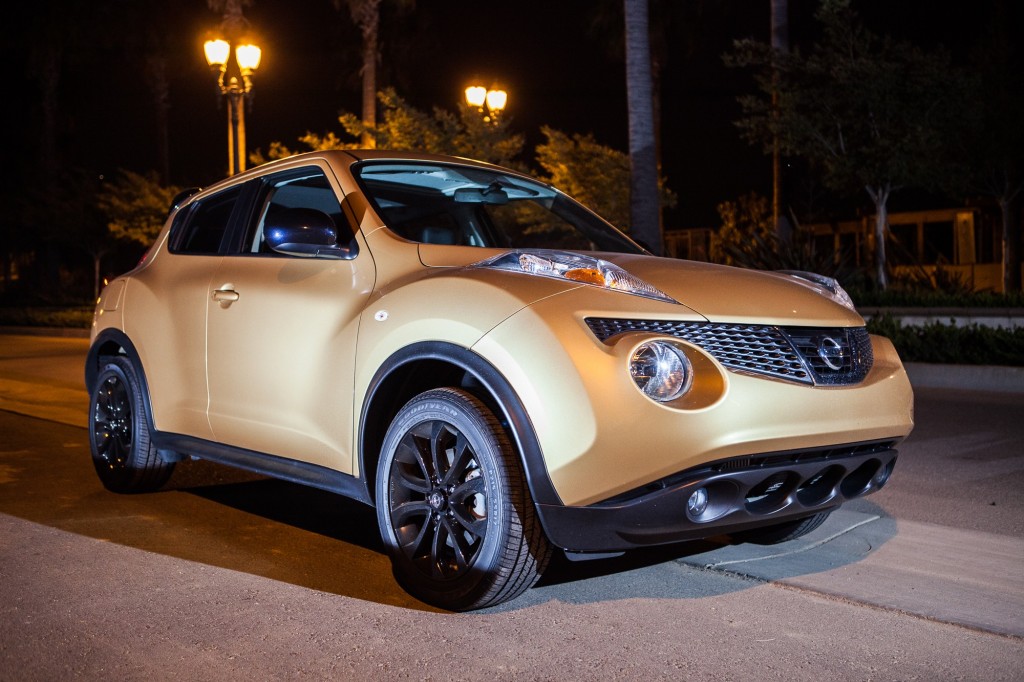 In the 1967 novel, The Outsiders,  the main character named Ponyboy is a member of the Greasers gang and the story follows the many trials and conflict that come with the rival gangs and seedy characters he gets himself associated with. Overall we find that Ponyboy is working to hold onto his innocence at the end as he returns to school and the famous line of “Stay Gold, Ponyboy” is a message from a deceased friend, Johnny, as an allusion to retain the “gold” that is described in the Robert Frost poem “Nothing Gold Can Stay”. The turbo charged 1.6L engine and tough Atomic Gold and Black trim from the Midnight Edition on the 2013 Nissan Juke would give the passerby an impression that this little SUV is affiliated with some bad company and would dive right into any turf war the Greasers may be involved with. But like the young protagonist in The Outsiders, the Juke also offers comfort and features like an “Eco” mode that would lead us to believe the gold paint is all but skin deep and the Nissan may be more innocent than it lets on. 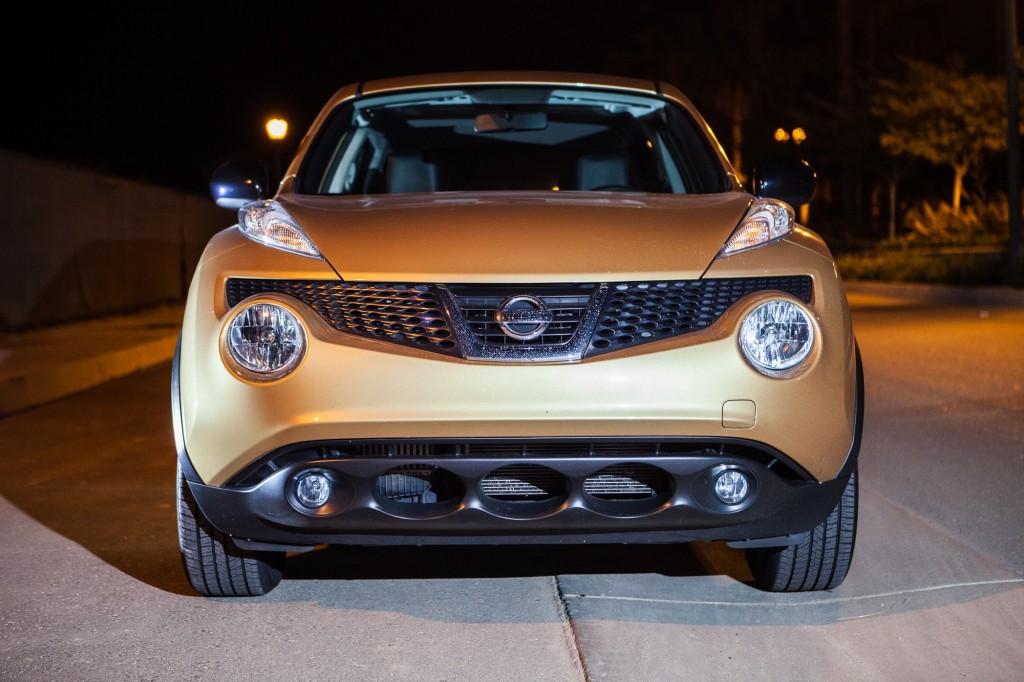 The general reaction when the common man views the Juke, especially in gold, is one of shock and awe that ranges from “Oh gawd! why are the driving lights so big” all the way to “That’s a Nissan! But it is so interesting.” It has always been said that polarizing designs are often a good thing but I would have to say that the group with the greatest number was one under the “Juke is ugly” banner. I personally grew to appreciate the unique styling of the car but I am always cheering for any manufacturer that goes the opposite direction of the “melted soap” design of the Toyota Camry. 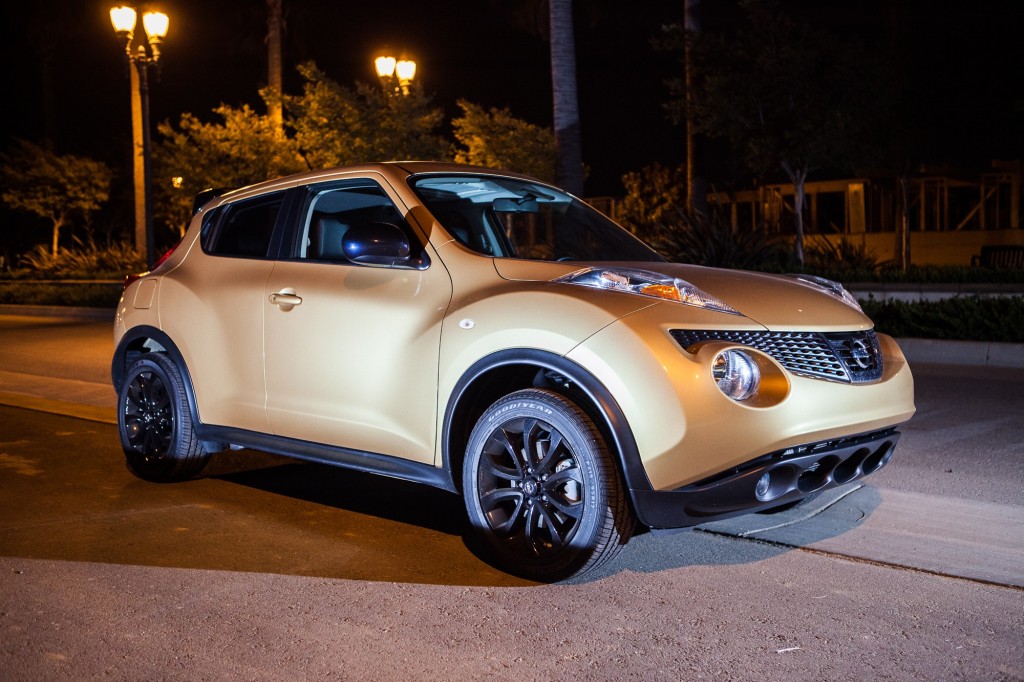 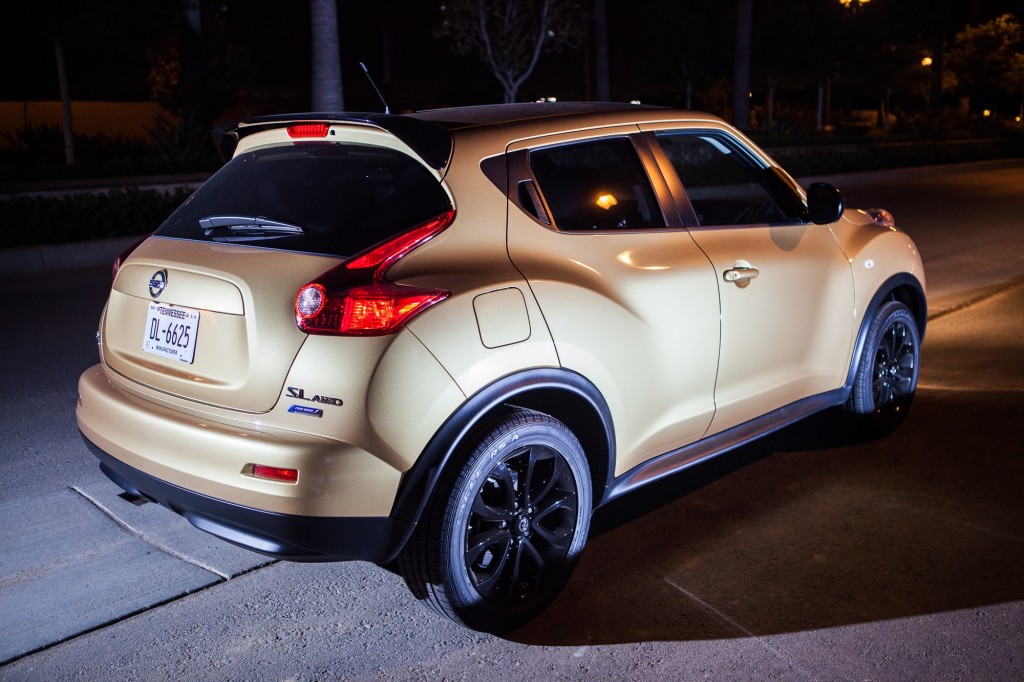 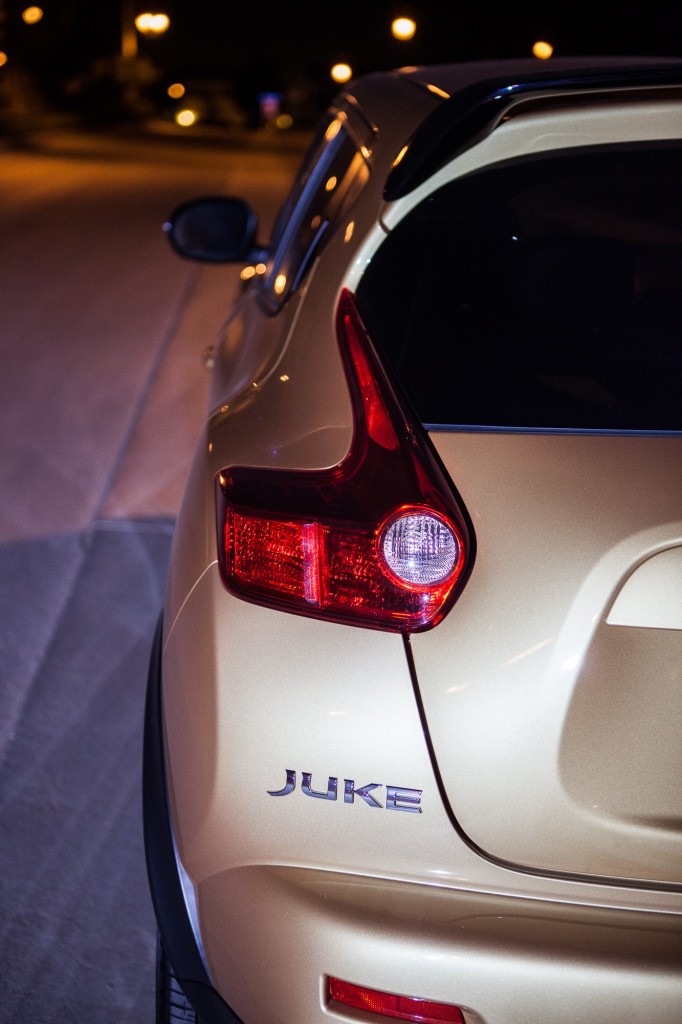 Driving the Juke in AWD or FWD offers a rather pleasant experience in both Sport and Normal modes that can be controlled by the very video game-esque screen under the radio. The radio display unit itself is so far behind the competition that it may as well be made by Atari but the Rockford Fosgate speakers were actually one of the more impressive portions of the car and I haven’t said a positive thing about Fosgate since high school.The CVT transmission – in my opinion at least – will always be the Achilles heel of the Nissan lineup but was tolerable in all but “Eco” mode on this tiny sprinter. In Eco mode, the CVT would simply refuse to move the car even when beckoned upon with your right foot (I admit that is probably the goal). The suspension and chassis were stiff enough to allow for spirited cornering for the weight of the car and yet offered a quiet and rather refined feel while cruising. 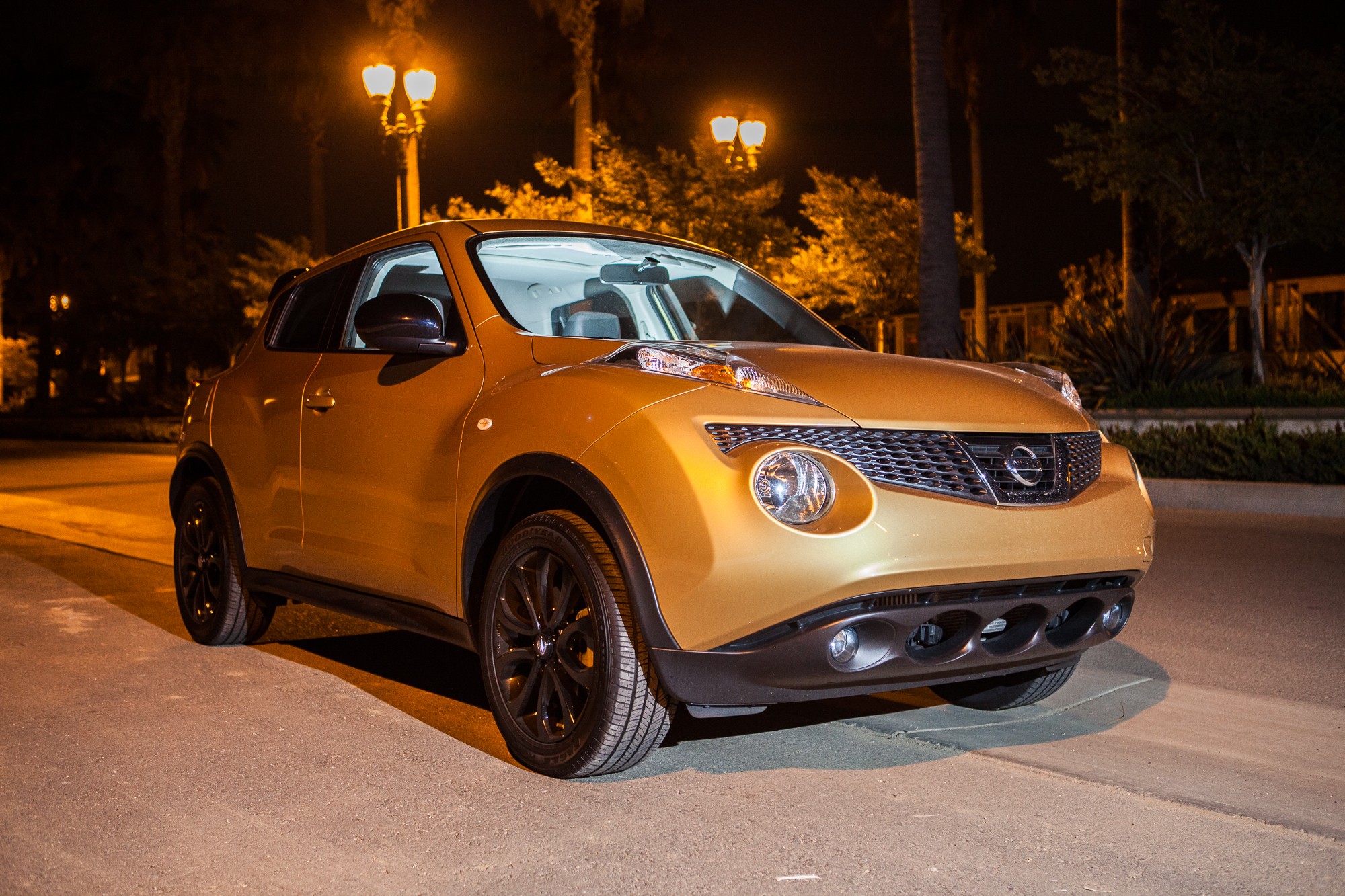 So overall the Juke turned out to be pleasant enough on many levels but the car is certainly no gangster at the core. Instead this plucky import, even in Saudi Prince trim (what I have decided to call the Atomic Gold and Midnight Black package… still waiting on the thumbs up from Nissan), the car is as tame as any other Ford Escape, Hyundai Tucson, or small SUV on the market at the moment. For those that are looking for a version of the Juke with more street-cred then there is the Nissan GTR powered Nissan Juke R, which is the car equivalent of the guy that killed Tupac if we are to continue my ridiculous gangster parallel.