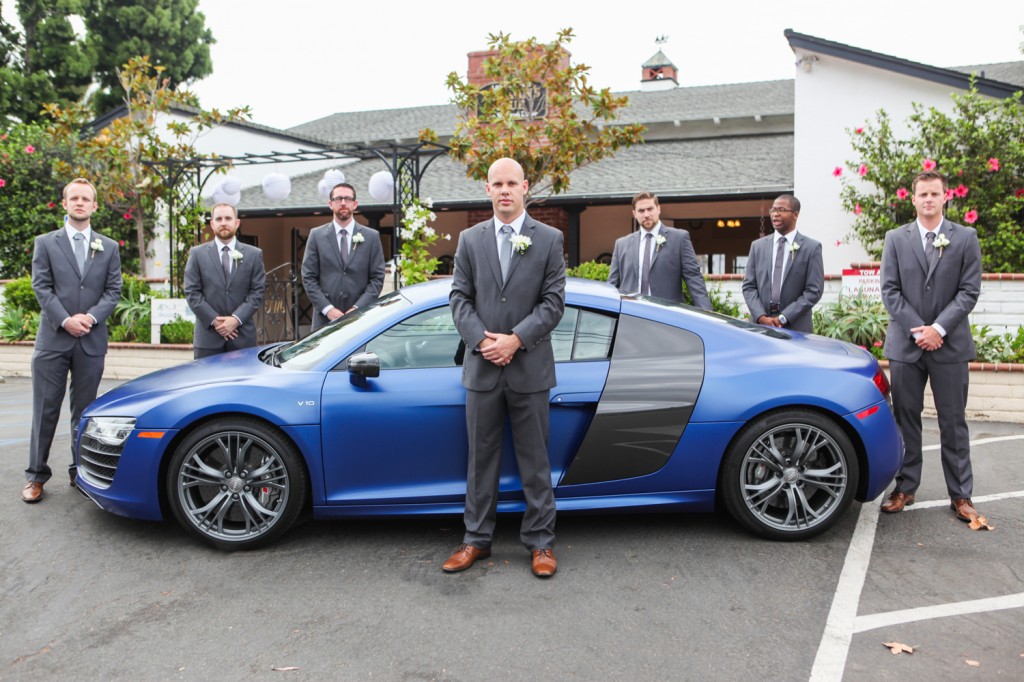 There are moments like these for which you wait your whole life. There are also cars like these for which you wait your whole life. As it happened to occur, both of these moments centered around the same day for me. Months prior to the big day the bride busied herself with trivial items like table arrangements and flowers while I got down to the important task of choosing the perfect getaway car. It had to be unique and special enough to entertain the family and guests in attendance who expected the “car guy” to have something remotely interesting to look at. This particular task is also important because the getaway car is often mentioned in stories to grandchildren, and it becomes an iconic character in the Wedding chapter of Life’s photo album. Thanks to some calls by our editor, Matt, and the lovely folks at Audi we were able to exchange a few more rings on the day of our nuptials (four more to be exact). Here is the story of what it is like to get the keys to Audi’s ultimate sports car for one week and answer such questions from your cousins as “What kinda gas mileage that Ferrari get?”

To begin the story of the Audi R8 you have to learn a bit about the company’s racing history. Many comment that, unlike the Audi, a car from Ferrari is derived from legendary race cars and that vehicles like the Ferrari Mondial are not some mundane machine but rather a hell-on-wheels, 200 horsepower, purebred pony. Well from from 2000 to 2002 the folks at Audi took the famous Le Mans race 3 years in a row and in 2003 they created the Le Mans Quattro concept to honor their achievement. That concept would see production in 2006 and take the name of their Audi R8 LMP race car – the Audi R8 was born. The first production R8s featured a massaged version of the 4.2L V8 engine from the RS4 and churned out 420hp. The car was praised for its perfect weight balance and all-wheel drive system but criticized because its V8 powertrain was classed with cars much further down the pricing scale. In 2008 the team at Audi brought a 5.2L V10 from Lamborghini (derivative of the Audi S6 V10) and placed the powerplant in the R8. This updated V10 gave the car 525 hp and happens to be the version of the R8 we had the pleasure of driving. 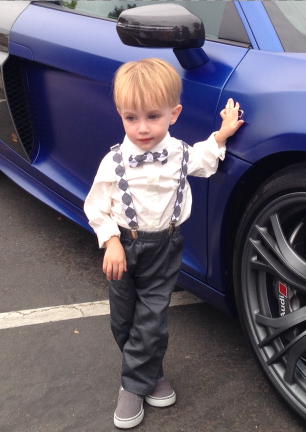 I’ll first say that the Audi R8 V10 Plus is the quickest car I have ever driven by some margin. With all-wheel drive and a fantastic S-tronic transmission, the car pushes itself from 0-60mph in 3.2 seconds. That’s quicker than many people can speak their full name. To get an idea of the speed in which the R8 accelerates, just recall how fast you thought you could run as a child – then double that. Every single passenger who ever stepped foot inside the car for a ride around the block grinned like an idiot. The car in the regular driving mode is actually fairly tame and cruising on the highway in traffic the driver would never know what lies behind their skull. After turning “Sport” mode on and running through a tunnel I simply chuckled and uttered, “This is too good for the streets.” An average sane driver will use less than 20% of the Audi R8 in most driving conditions, but damned if that other 80% isn’t nice to have on a rainy day.

When it comes to aesthetics the R8 is not lacking in the least. The concept car was considered futuristic, modern, and ahead of its time when it came out a decade ago. Today, it still looks revolutionary; driving around in Orange County for the wedding the car was still able to stand out from the crowd of European sports cars. It helped that the V10 example we were driving was outfitted in the beautiful Sepang Blue Matte paint ($6k option). The matte finish is something that has to be experienced in person to truly appreciate, and the interior was typical Audi fare but cranked up a few notches with black leather seats quilted in silver diamond stitching. Our R8 V10 was knocking on $200,000 as optioned with the Plus package that included an extra 25 hp and goodies like the carbon ceramic brakes and carbon fiber trim.

After our experience there could have been no better car to have represented on our wedding day. Originally the idea was to have something classic and elegant like a Porsche 356. Instead I imagine the Audi R8 as a future classic icon and in some ways echoes the 356 as a true German sports car. Both properly position the engine behind the driver, have elegant curved lines, and have a Le Mans racing pedigree to stand on (the Audi more prestigious than the 356 in that regard). The folks at Audi have truly created a special machine and it was one of the many pieces that helped make our wedding day so special. Many thanks to all the folks at Audi USA, the folks at Event Solutions International, and our man Matthew Dace for helping to make the arrangements.

One thought on “2014 Audi R8 V10 Plus: Something Borrowed, Something Blue”