The “Great American Race,” or Daytona 500, is on every automotive enthusiast’s bucket list and is one of the largest sporting events in the United States. This year’s race was no exception as we joined over 100,000 other fans in ushering in the 2017 NASCAR season. We would also be a part of another important beginning as a guest of Team Valvoline. The Daytona 500 would act as a parallel to a new “Never Idle” campaign as Valvoline wanted to speak to the never-settling spirit and get-it-done attitude of the brand and the enthusiasts that follow the brand. Nearly 40 cars would start the legendary race this year, but what transpired in the next several hours would remove half the competition. We were right there for all the heartbreak and hard-racing action to see what it truly meant to “Never Idle.” 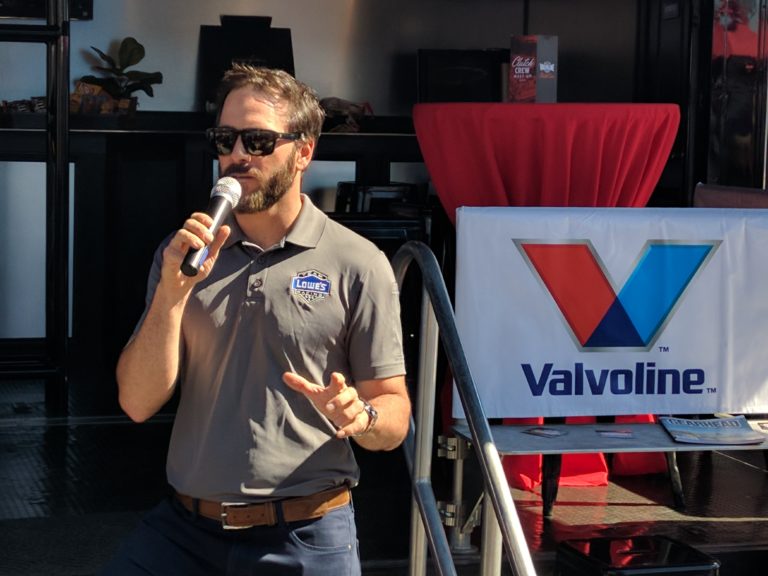 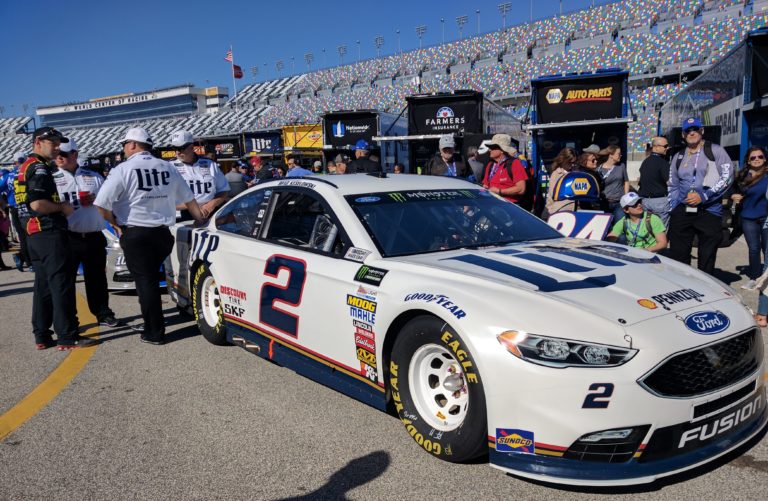 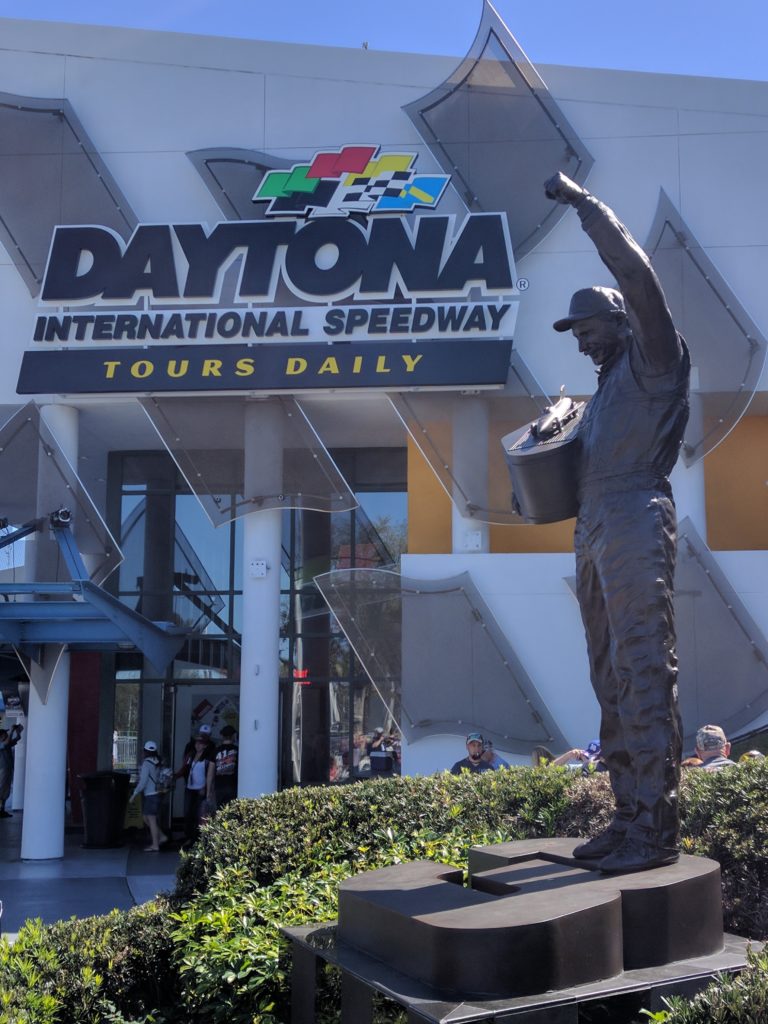 We would arrive at the track in the early morning and make our way to the infield. Waiting for us was the Valvoline trailer with the ideal setup to enjoy a long day of racing. We had snacks, beer, and the ever-crucial Fanvision video and radio scanner to listen in on the team communications. To start the morning off the Team Valvoline crew would get a walk-through tour of Chase Elliot’s trailer. The young driver has never won the Daytona 500 and the crew was optimistic at their chances starting the race. We took a look at the command center, various replacement parts, and the backup car. Behind us, the #2 Miller Lite Ford Fusion of Brad Keselowski was rolled into the inspection area for final approval before the race. Back at the trailer, we would also get an appearance by two-time Daytona 500 winner, Jimmie Johnson. He discussed the strategy involved in a restrictor-plate track like Daytona and the importance of drafting. Jimmie mentioned that choosing the best pack of cars to lead you to the front was crucial as drivers cannot rely on the horsepower they would normally have. 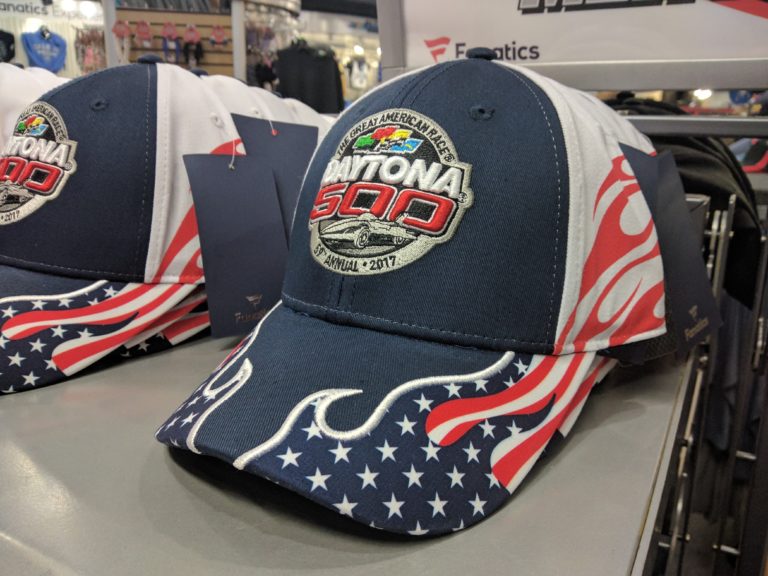 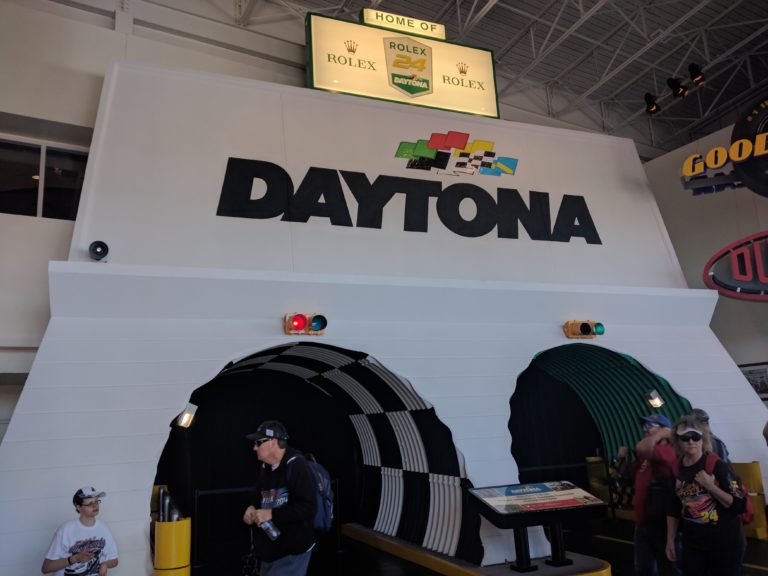 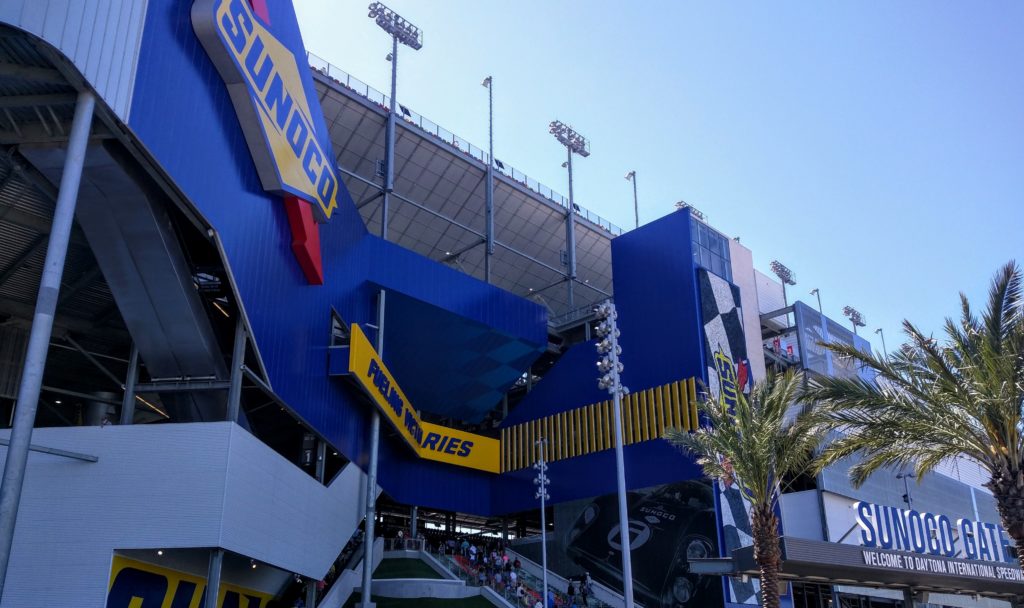 Before the race, we ventured out front of the Daytona International Speedway to take in the action with the fans. Monster Energy is now the named sponsorship of the NASCAR series and they delivered the main entertainment as a motorcycle was driven in a steel ball to loud cheers. The committed fans make the sport of NASCAR truly special and the Daytona 500 is a prime example of their support. Out front, you will find a graphic designer’s nightmare of t-shirts (cutoff and regular), jackets, umbrellas, duck whistles, and much more that have been haphazardly branded with driver and vehicle imagery. The NASCAR faithful live for this day and we were about to find out why.

The 2017 season would be crucial for the sport of NASCAR with some large rule changes. The race would be split into thirds with the first stage ending after 60 laps. Points would then be awarded for a driver’s position at that point and another 60 laps would be raced until the second stage. After those first 120, the race would run until the finish for the final points total. This meant that drivers would have to race hard the entire afternoon and not sit idle and wait for the finish. From the top of the trailer, we listened in as the various drivers and teams worked to figure out a new pit and overall race strategy. The first two stages were hard-fought with Kyle Busch and Kevin Harvick taking the #1 position respectively. We listened to various teams and followed Danica Patrick as she settled into a consistent race and made her way towards the front pack with a #10 and #5 position in the first and second stages. 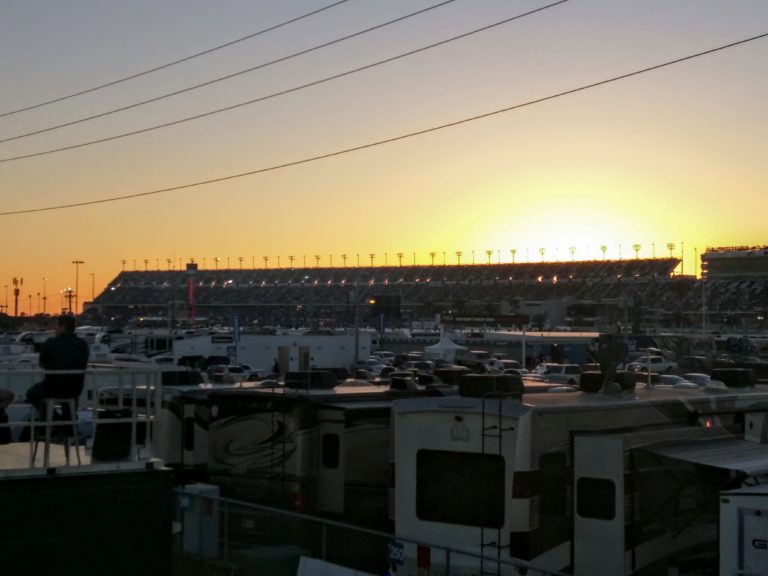 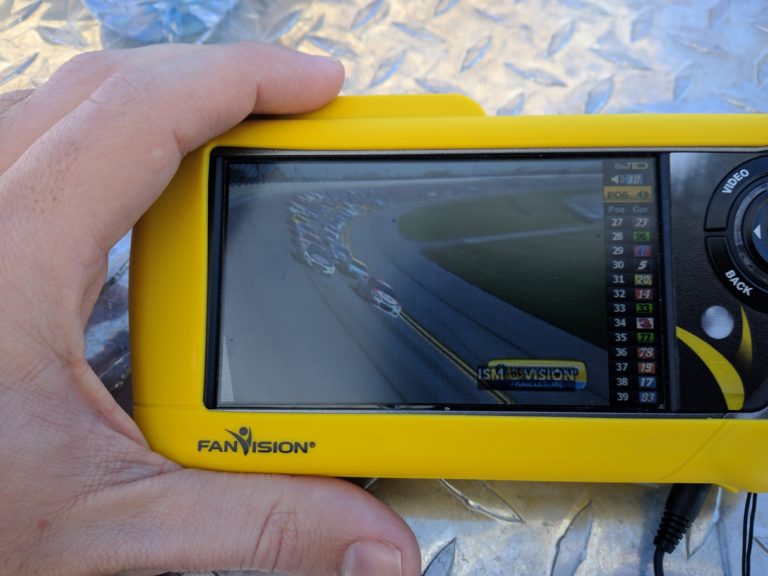 In the back half of the race, the yellow caution flag would make several appearances. As the sun began to set the pack would see big names like Jimmie Johnson, Dale Earnhardt Jr., Kyle Busch, Matt Kenseth, and several others damaged and out for the day. The last 50 laps would be a struggle just to stay on the track as the remainder of the pack was littered with damaged vehicles — held together with tape and the driver’s determination to push on. In the last several laps of the race, we listened in to our friend, Chase Elliot, as his team took a chance on low fuel to try and finally get their Daytona 500 victory. Their hopes would be dashed moments later as Chase radioed in to say that the car was empty and we watched as his car instantly slowed down and let the leaders finish. At the end of the day, it would be Kurt Busch who took the checkered flag. His car was covered in tape from an earlier accident but Kurt and his team would stick through the day and be – quite literally – the last man standing.

With the new rules, NASCAR proves that a driver can never idle and never stop pursuing the front of the pack. This same mentality is what has always defined the true motorists of the world. We witnessed this real time with Team Valvoline in Daytona and hope it resonates with our readers. Check out the new “Jet” spot from Valvoline below. It should inspire all of us to never let fear take control and live our life in way that we are “Never Idle.”

One thought on “Team Valvoline At The Daytona 500 : “Never Idle””