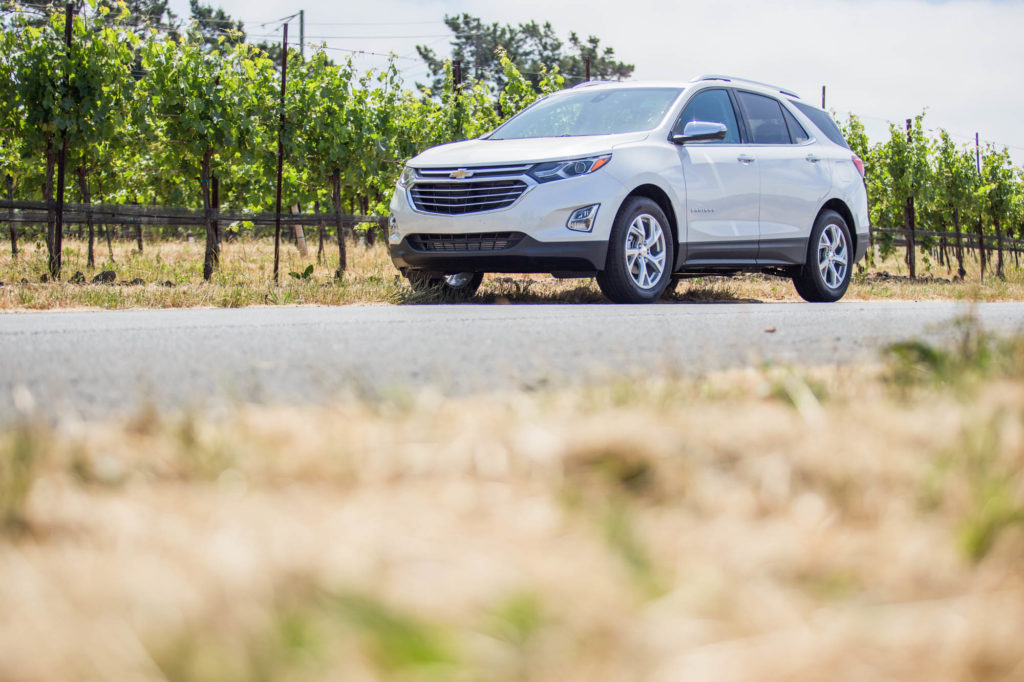 It’s summertime, which means music festivals and road trips that you’ll remember for a lifetime! Sometimes we are lucky enough to have these things combine together and make for a truly special weekend. To get this summer started off right we set off for one of the first music festivals of the season, BottleRock, out in beautiful Napa, CA. In order to navigate through the beautiful wine country in Northern California, we had to find the right vehicle. In this case, it just so happened to be the all-new 2018 Chevrolet Equinox Premium. The new Equinox came loaded with road-trip worthy options like 4G LTE WiFi, OnStar, Lane keep assist, Android Auto, heated/ventilated conditioned front seats, and a very comfortable two-tone leather interior. With the new Equinox, we had just what we needed for the adventure that would be the trip to BottleRock 2017. 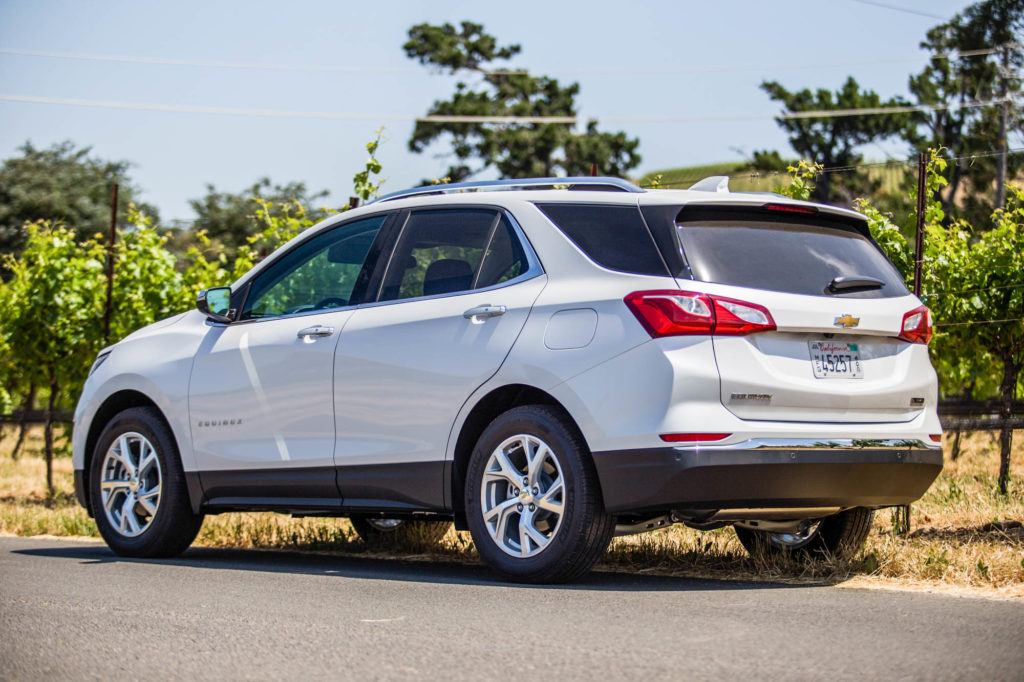 As we set off on our journey to Napa, it was very apparent from the very beginning that the 1.5L Turbocharged engine was a much-appreciated upgrade from its predecessor. This FWD motor only has 170 horsepower but was much easier to accelerate than the older 2.4L motor with the AWD setup that we tested in the past. We were cautious about the small 4-cylinder engine, especially when thinking about maneuvering through traffic and times when you just need to put the pedal to the floor to pass a line of trucks through the Central Valley. But the little turbocharged motor never failed us out on the highway. When we asked for the power it was there on-tap and was delivered smoothly through the new 9-speed automatic transmission. It was actually a little too easy to get this baby up to speed and we would find ourselves closer to triple digits than intended in passing situations. Off the line, it still leaves much to be desired, but what can you really expect? However, when already up to speed, that turbo kicked in nicely. 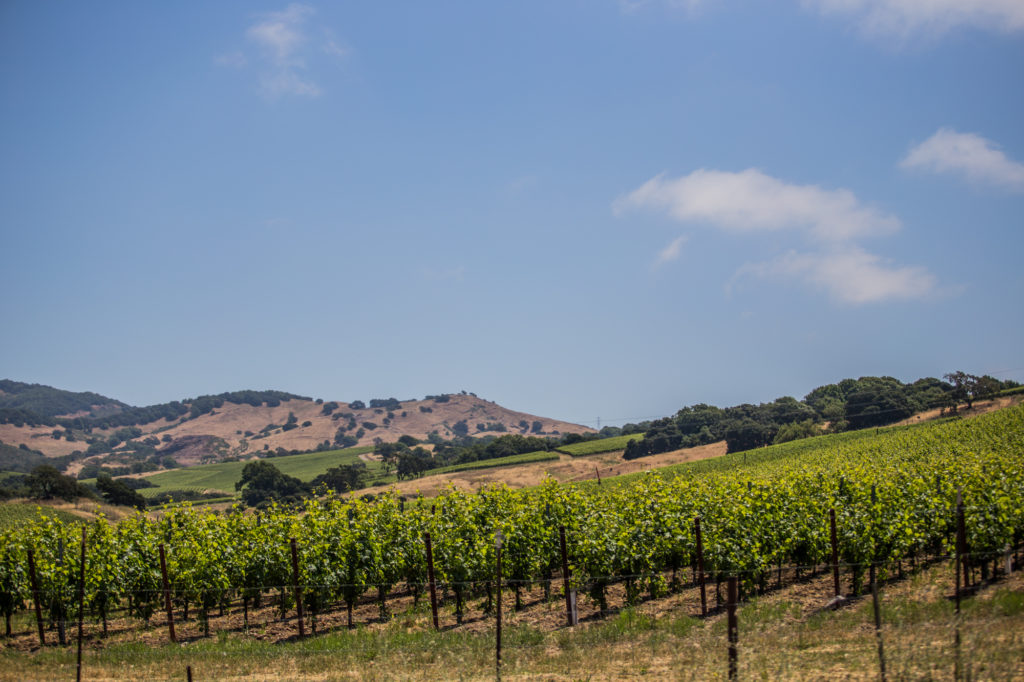 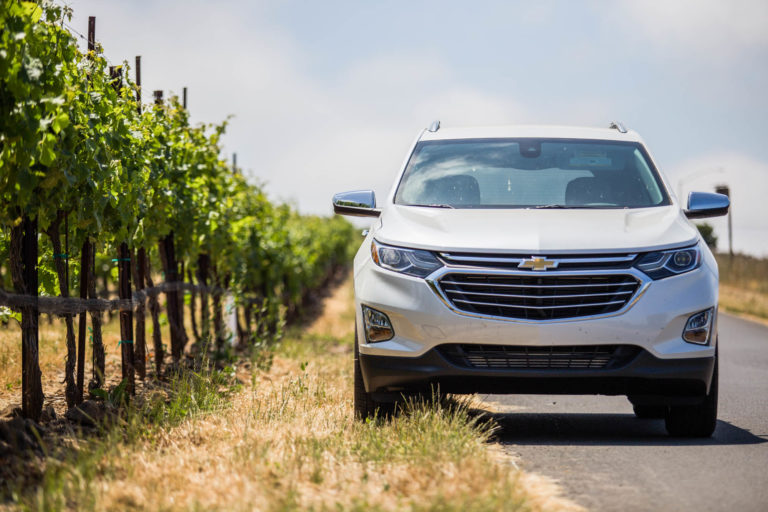 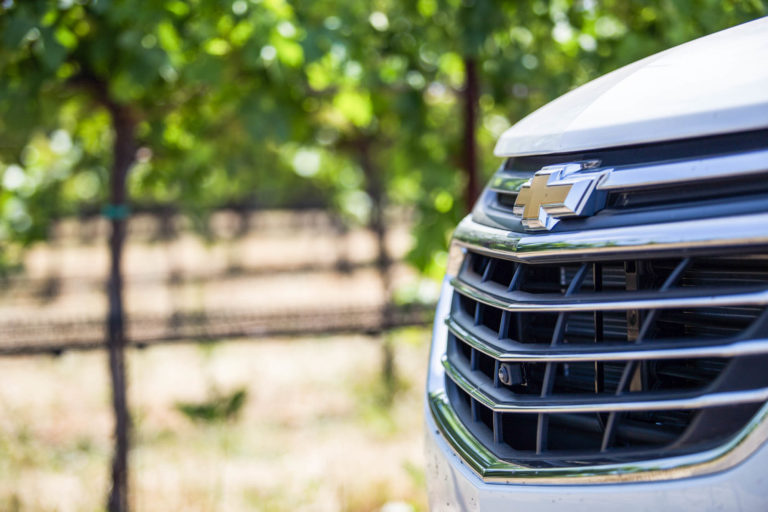 The only drawback to trying to keep up on the fast CA highways with the smaller engine was the fuel economy. The 1.5L motor is listed at 26MPG city and 32MPG Highway but we were only able to achieve a meager 28MPG average over the long highway trip. Not too bad for an SUV, especially accounting for a bit of a lead foot in some of the open areas on the 5 freeway. Even so, mid-year Chevy will be releasing a turbo diesel model that will certainly address any efficiency concerns. The 1.6L diesel motor will offer 137 hp and a whopping 240 lb-ft of torque, all while delivering around 40MPG on the highway. We are excited to see how that will make an impact on the compact SUV market. There is also a 2.0L turbocharged motor that is good for a blistering 252 horsepower. That matches a base Porsche Macan SUV and should be more than adequate for the power-hungry among us.

Getting into Napa was an absolute breeze. The Equinox provided a smooth and comfortable ride on the long roads through the open highways as well as around town getting around to the festival. With all the luxury and trimmings, like the two-toned leather seats and titanium accents, we fit right in while rolling around Napa. The new styling on the 2018 Equinox looks premium and stands out from other vehicles in the segment. That style, paired with the great driving assist features and premium audio system, helped these audiophiles roll in style while entering the festival gates. Once in the festival, we were treated to legends like Tom Petty, the Foo Fighters, Maroon 5, the Roots, and many many more. 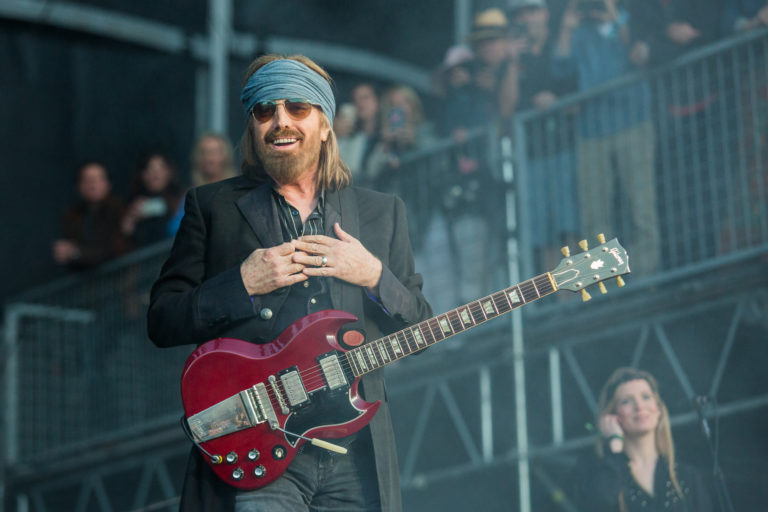 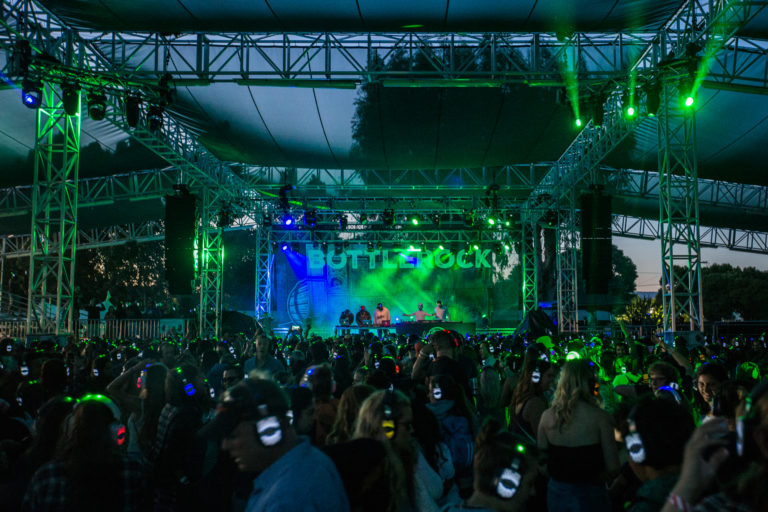 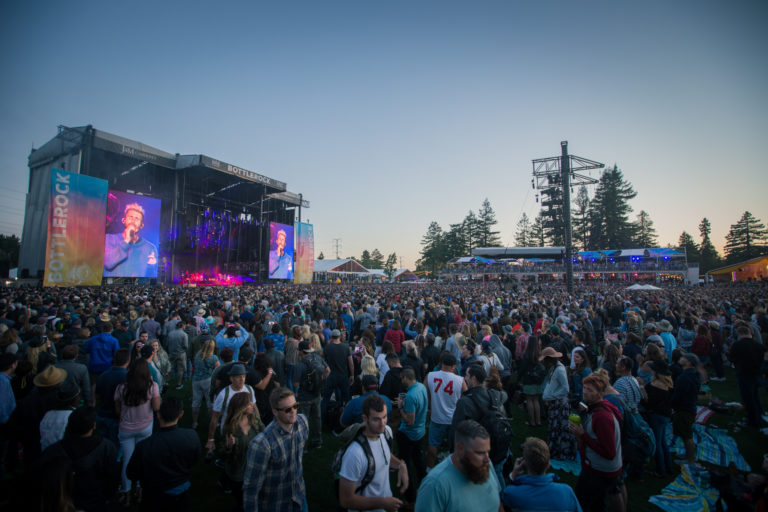 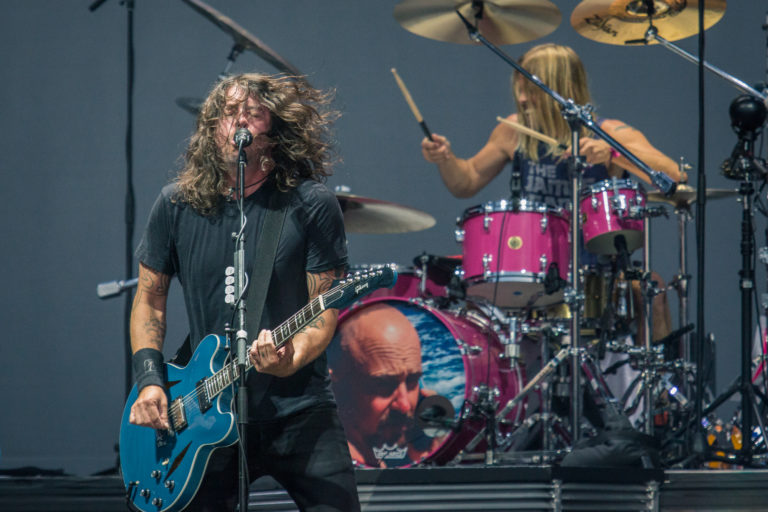 There were also a few notable features that we were able to utilize on our trip with the 2018 Equinox. One of the key features that was a welcomed surprise was the onboard 4G LTE Wi-fi. It sounds like a helpful feature, but many may be hesitant to pay the monthly subscription charge for Wi-Fi. For those who want to test the waters, Chevy gives new owners a free trial of 3 months or 3GB of 4G LTE data to see if it is worth an upgrade. Thankfully, this trip provided the perfect scenario to put the Wi-Fi to the test. After the first fantastic day of the festival our friends in Saint Motel, who had performed the first day, wanted to post a few photos we had captured from their set. Unfortunately, we were already on our way to day two of BottleRock by the time we got their message. The 2018 Chevy Equinox was ready to come to the rescue. We simply parked, plugged our laptop into the rear outlet, uploaded the images to the cloud right there from the trunk, and sent them the link. In no time at all we were back on our way into the festival. 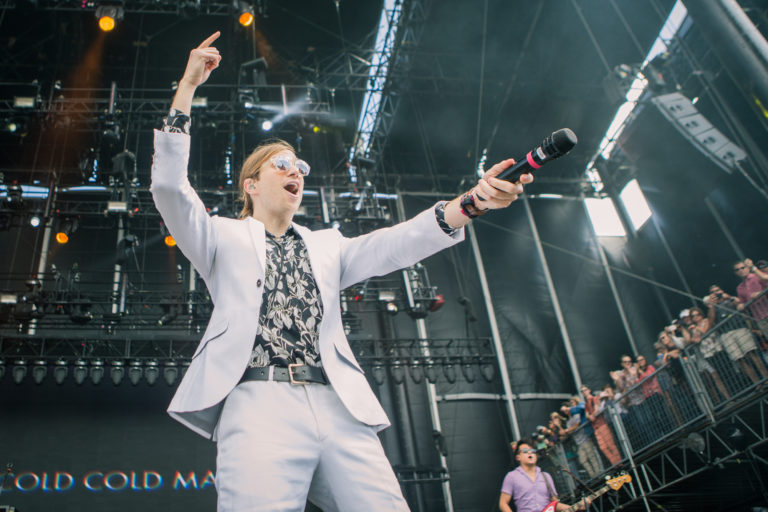 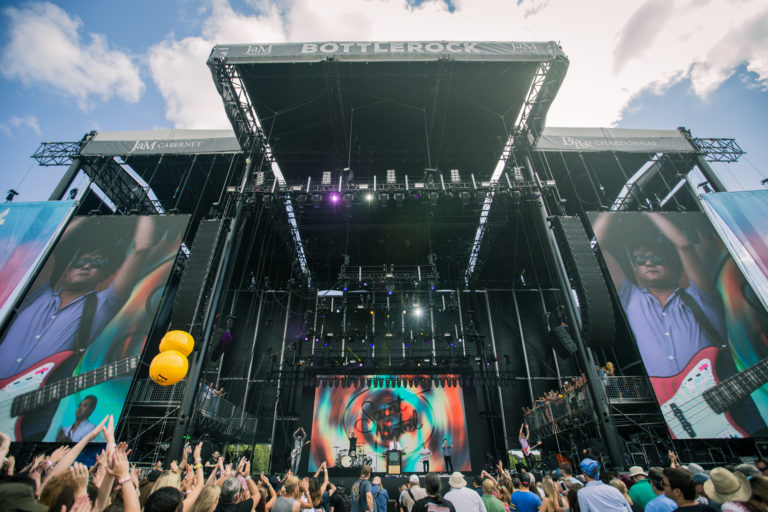 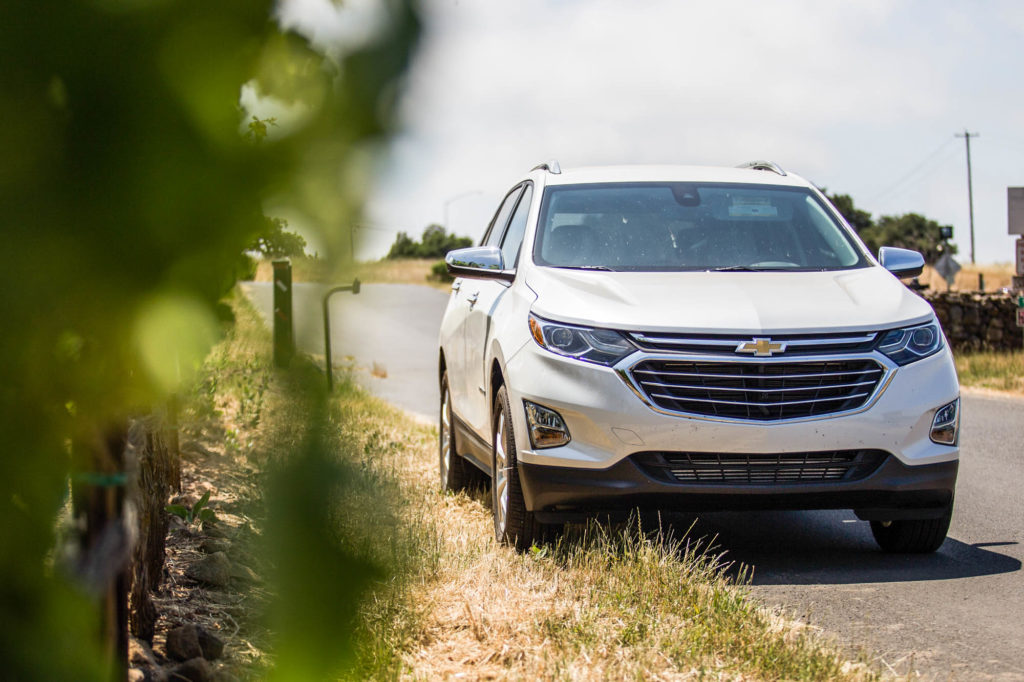 The second feature we were curious about was the newest Teen Driver Technology. The system allows you to limit the vehicle in specific ways such as setting warnings and limits for speed, audio volume limits, and you can even get a report card that shows things like hard braking and acceleration. We liked to call this feature the “make sure we don’t get a ticket” mode. The system is certainly applicable for more than just teens and could be renamed Lead Foot Technology as it kept us alert on several occasions during the long drive.

Overall, we couldn’t have dreamed of a more fantastic road trip. Exciting performances, the luxurious surroundings of the Napa Valey, and the 2018 Chevy Equinox was the perfect ride to extend that comfort and luxury even further.

800 Miles in the Chevy Equinox