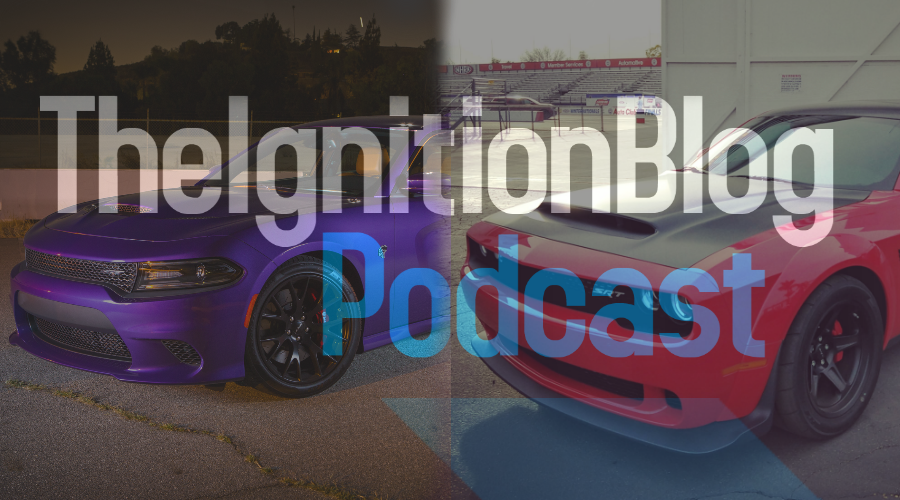 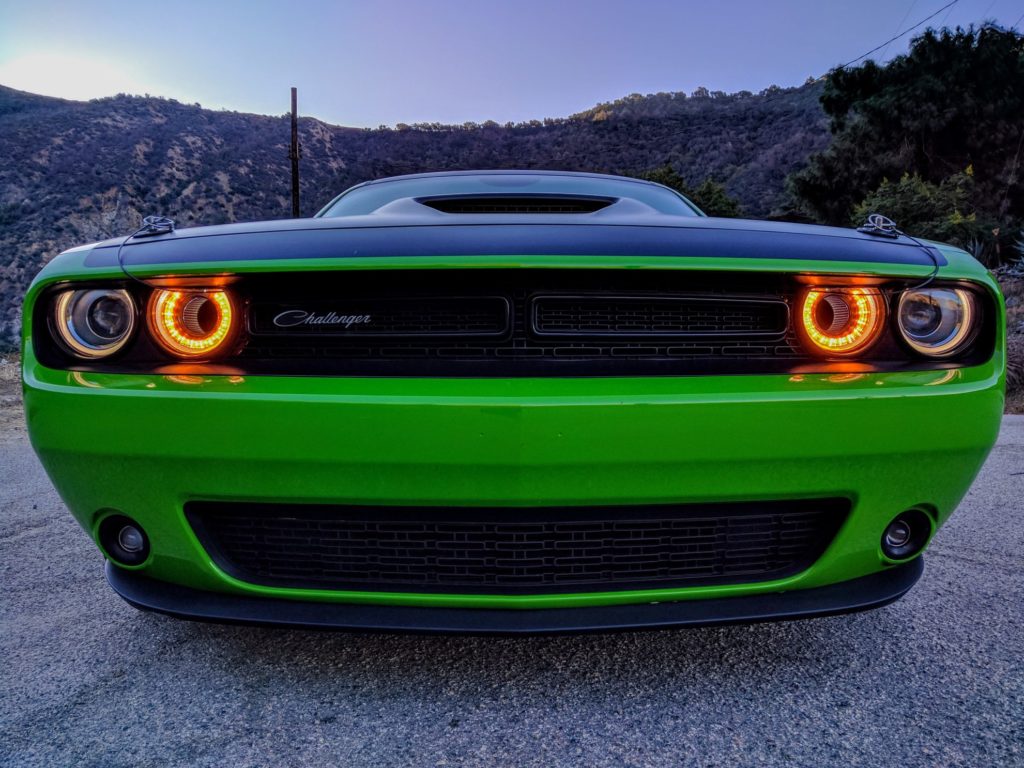 While $43,765 may not seem very affordable to most, this Green Go Challenger T/A packs a ton of muscle car into a stripped-down package. On the outside, the matte black hood, T/A side stripes, and trunk lid signify that this Chally means business. The Mopar-branded hood pins and retro “Challenger” badging also help to kick up the “nostalgia factor.” Heading inside, we find houndstooth pattern cloth bucket seats and classic white gauges.

Our model was equipped with the 375hp 5.7L that still has plenty of muscle to have a good time, despite the high-horsepower world that we live in. Stepping into the future, the 2017 Challenger T/A featured Performance Pages on the multimedia display to show things like G-forces, 0-60MPH timing, and crucial engine data. The massive 8.4″ touchscreen also featured the latest Android Auto and Apple CarPlay capability to keep the music cranked up as loud as the HEMI! Be sure and listen to the episode for more thoughts on our time with the Challenger T/A. 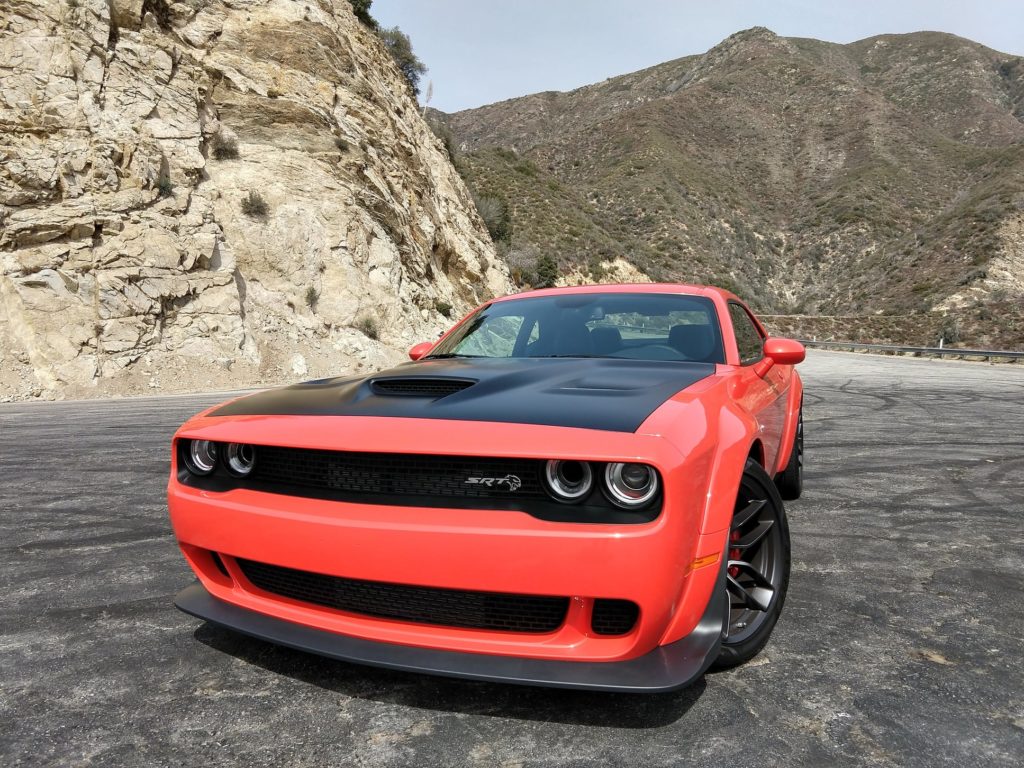 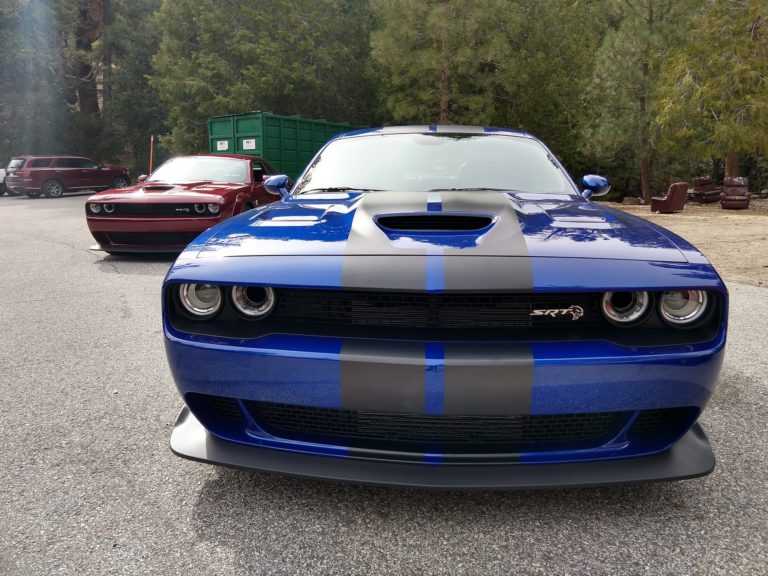 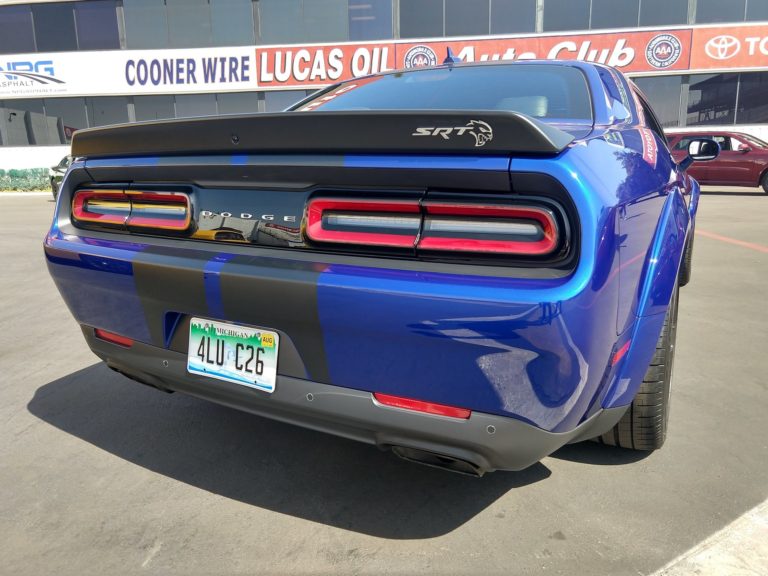 We had a chance to test out the spectacular Dodge Charger Hellcat back in 2016 and found it to be frighteningly beautiful. That car inspired the “Millennium Muscle” car era in our minds and ultimately led to the creation of this series. But if there was one flaw with the Hellcat, it was the struggle to control all of that power. At times it would feel as if you were atop a tomahawk missile, trying to control it by fruitlessly yanking at the reins. But that all changes with the introduction of the SRT Hellcat Widebody.

The lovely folks at FCA invite us out to drive the new Widebody through the Angeles Crest mountains. We did the full loop from La Cañada Flintridge to Wrightwood, CA and would even deal with a bit of ice on the roads. In the past, wet and snowy pavement meant certain death behind the wheel of a Hellcat. Thankfully, the Widebody adds new 305/35R20 Pirelli P Zero performance tires at all four corners and an updated electrically-assisted power steering system. A new “Steering” option is found in the SRT menu and allows you to dial in Street, Sport or Track modes for just the right amount of steering feel to keep you confident behind the wheel. Listen to the episode for more details from the drive and thoughts on the Dodge Demon, also pictured above!

One thought on “TheIgnitionBlog Podcast Ep. 5 – Millennium Muscle : Return of the HEMI Part 2”