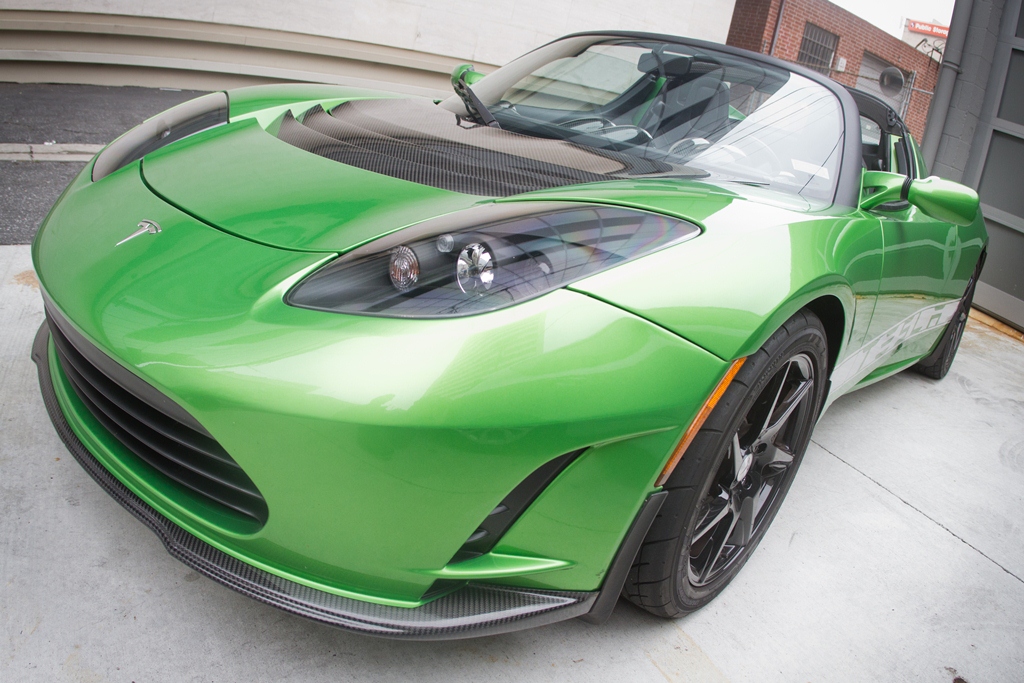 In the current automotive market, there are a very limited number of brands competing for customers and you don’t often hear of all new brands entering in trying to compete with the major established brands. I can actually count on my hand the number of companies that have started up producing cars in the last decade and there are far less than anyone would consider having been an actual success. Yet back in 2003 Elon Musk and a group of others decided they could make an all-electric sports car to compete with the likes of Porsche and Lotus to prove their electric technology was feasible in a production car. They believed this technology would eventually be used in sedans and compacts to replace gasoline and move their company into the mainstream market. As we take the keys to this Tesla Roadster Sport the company has announced the last batch of cars will roll off the assembly line in the coming year to end production. Having produced and sold around 1,600 Roadsters worldwide, the company believes it is ready to move forward to its expansion into more affordable mainstream vehicles. We push the button on the center console to start up the motor and quietly head out to the streets of Santa Monica to see if this is the future of the American automotive scene or just another startup that will only live on in our memories. 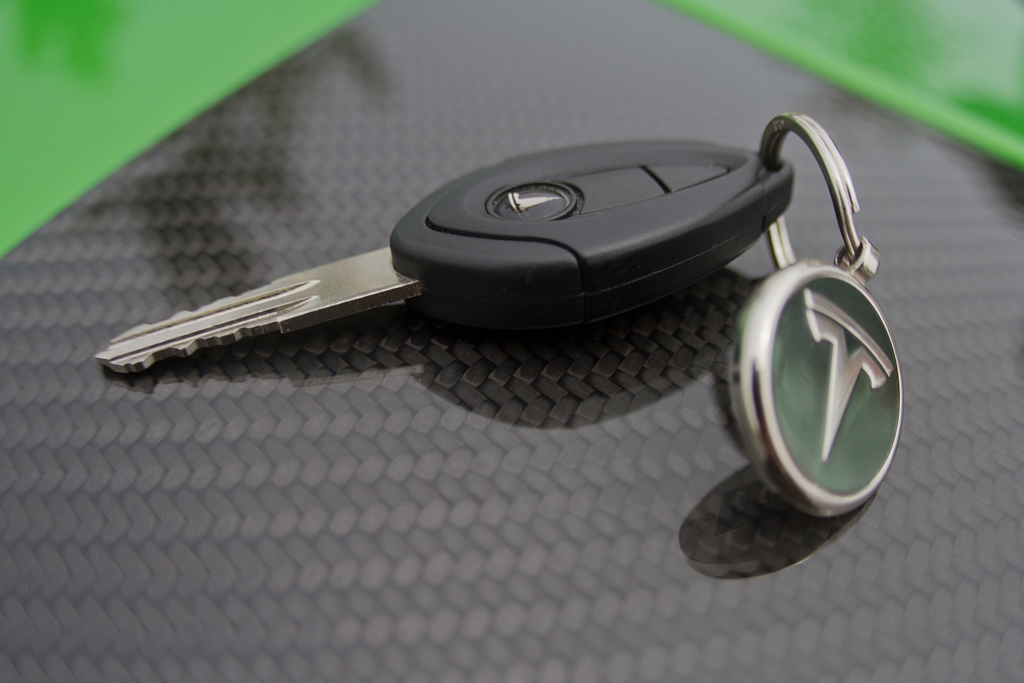 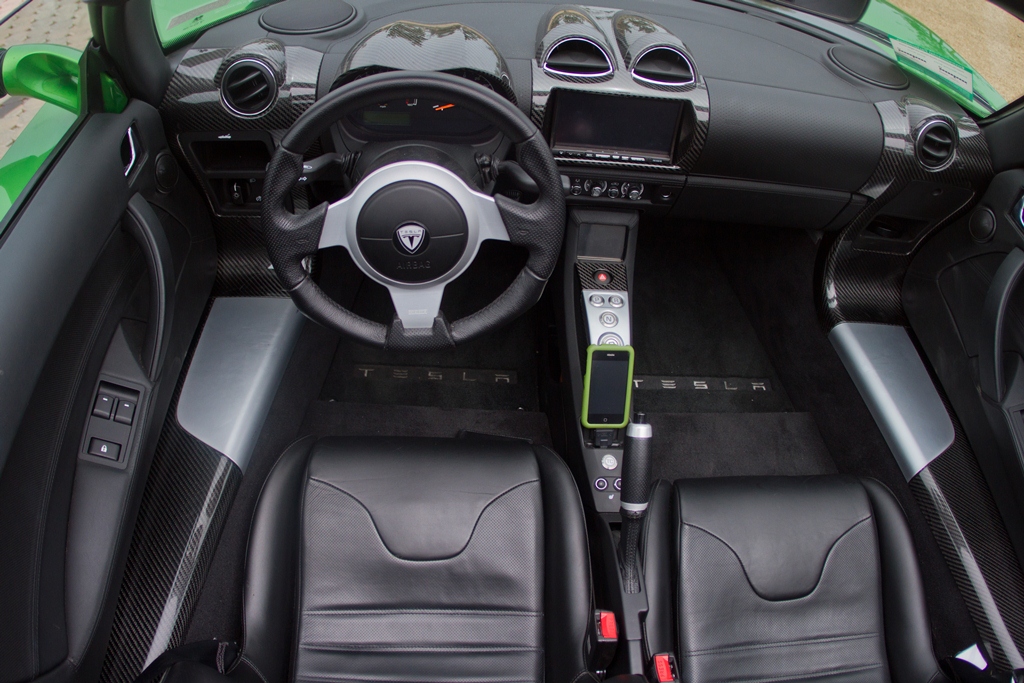 Pulling out onto the streets of Los Angeles results in smiling faces from nearly everyone regardless of any gender, race, or age. The brightly colored Tesla cruises through the city with no loud exhaust and yet it has a presence that speaks for itself. The Tesla Roadster is based off of the Lotus Elise chassis and looks similar in some aspects including a very insect-like front nose. The exterior is shaped as to not be too severe, but ends up being just enough on the side of sporty that it certainly stands out in traffic (the Lightning Green paint helped). With all the vehicles I have driven in my career it’s rare for me to have a truly unique driving experience in a car, yet the Tesla is like nothing I’ve ever driven. The sheer acceleration is so unexpected from something as quiet as a golf cart. At any speed or RPM, the car can immediately offer up loads of torque to slingshot you forward. In the hills above Los Angeles on the way to PCH, the car corners quite well despite the lack of power steering. At times the steering felt extremely heavy and connected, my mind reminisced back to the 65 Mustang we drove and wrenched on in highschool. At higher speeds the steering is fantastic, but slower corners around 40 mph you had to channel your inner Phil Hill and muscle the car through the apex. Braking was superb and the Roadster uses a regenerative braking system to help the efficiency of the cars electrical power. According to Tesla, the braking system helps the Tesla Roadster to be 64% efficient in recovering the energy the motor puts out. All this translates into a car that drives fantastically on twisty roads through Hollywood Hills and I’m sure would be even better on a track. 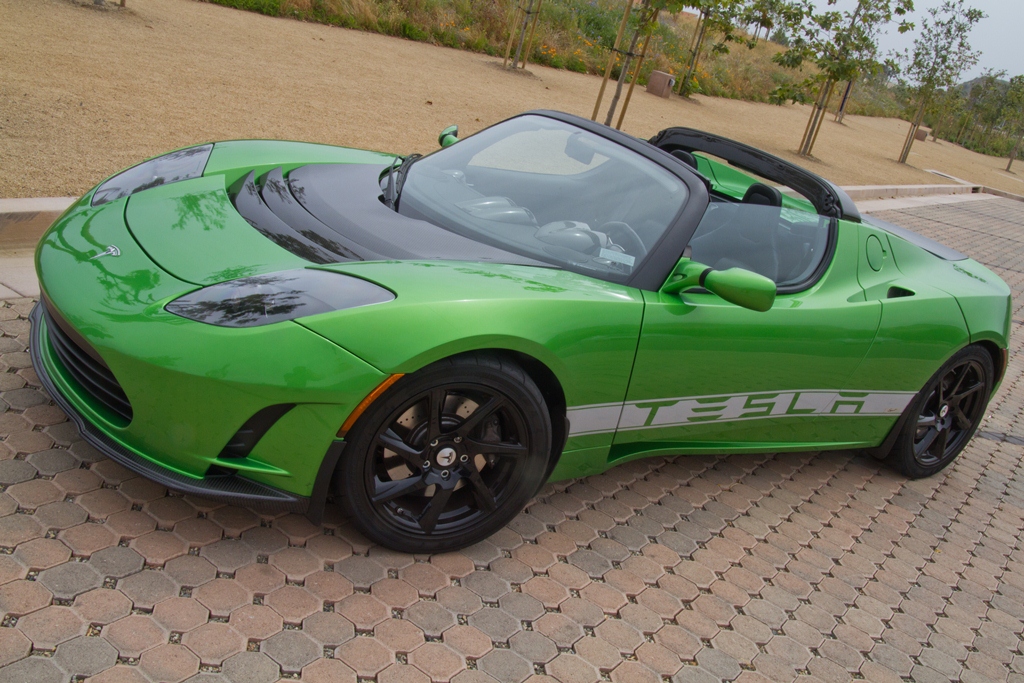 The interior of the Tesla offered little in terms of creature comfort but was finished in a nice array of leather and carbon fiber trim. Getting into the Tesla lacks some grace without a few practice runs in which I ended up sitting on the door sills and scooting into the seats. The seats were supportive and deep enough to keep you glued down during cornering and mildly comfortable in traffic. The build quality is definitely that of a car that is made for sporting potential and buyers looking for a Ferrari or Porsche in quality feel should think again. The radio and navigation display seems aftermarket in its interface and was simple enough to use. A connection for the Ipod/Iphone can be used in the center console area and the system worked fine during our tests. A separate screen can be found underneath the radio unit and gives information regarding the consumption of electricity and the car’s range during driving. When we had first set out the display read around 220 miles to empty and after driving up and down the coast for 4 hours, we returned with around 90 miles still on the clock. Pretty impressive when considering we had the AC and radio on most of the time and sat in traffic for about 45 min at the end of the drive. This is however a major concern with many consumers when looking at an electric car, the range anxiety that comes with not being able to stop by a gas station and fill up in 10 minutes. 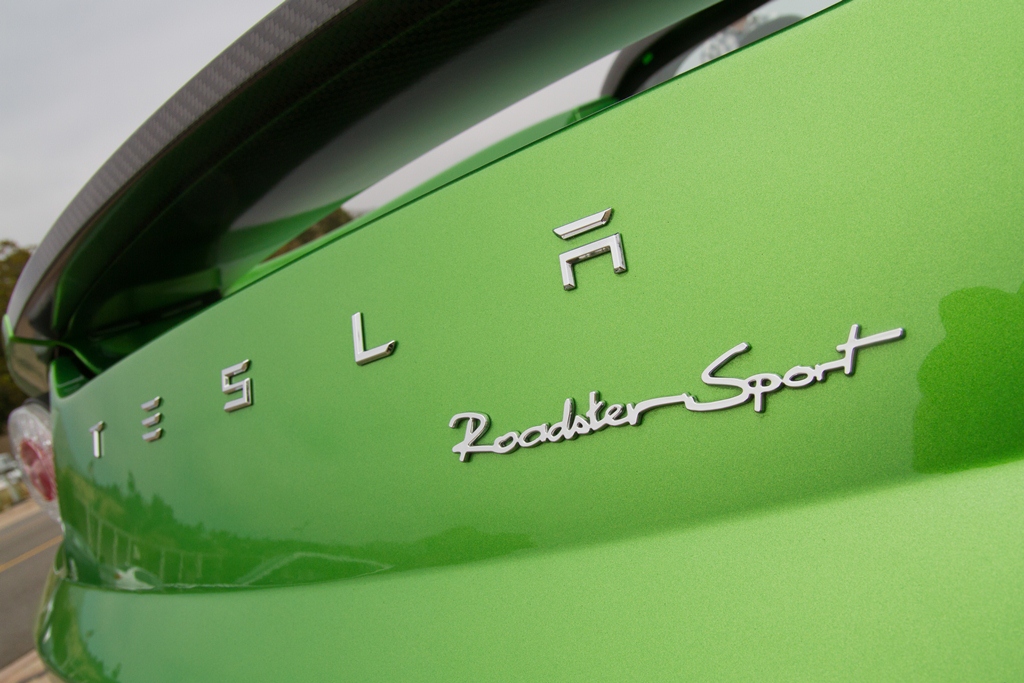 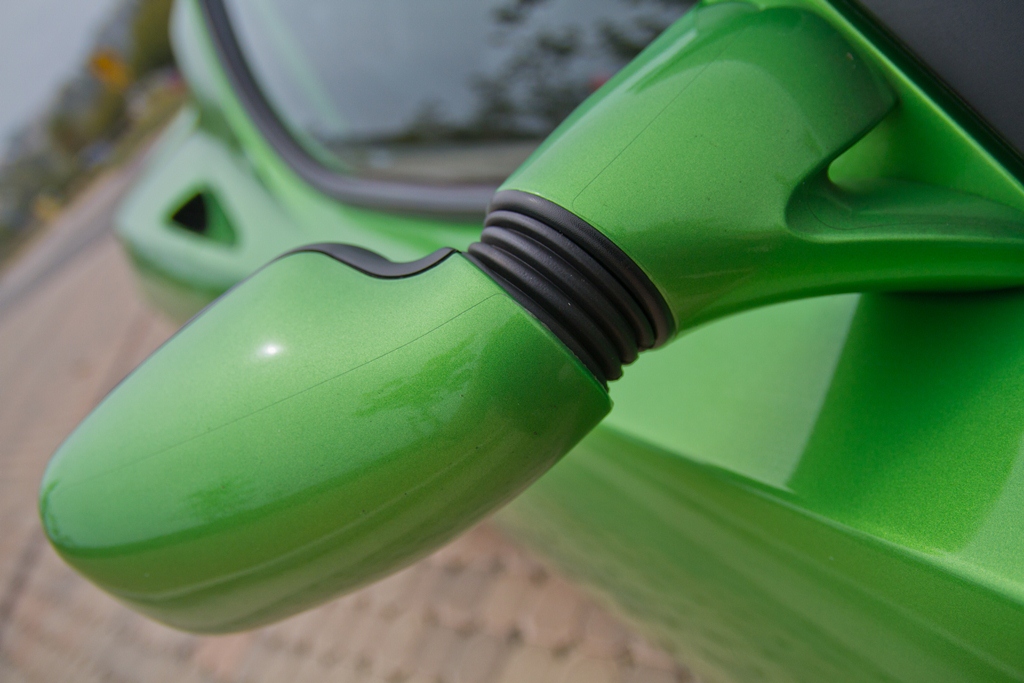 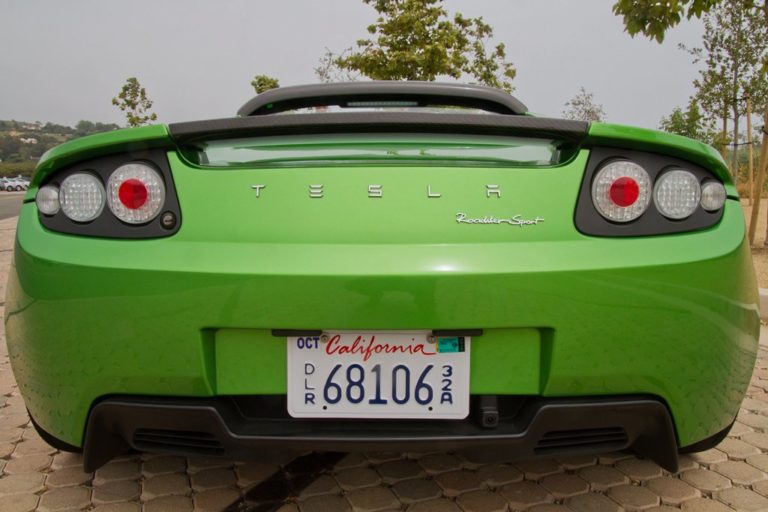 The Tesla take an estimated 3.5 hours to charge using one of the company’s 240 volt charging stations and more like 30 hours on a standard outlet from most reports. The majority of Tesla owners will have the station and therefore the 30 hours would only be needed in an emergency. But in saying this, you can start to see the limitations of the Tesla and electric cars in general. I believe you would have no issues if this was a car that you needed to commute locally (lets say 30-40 miles) to work and back and maybe had the occasional trip to dinner or so after work before stopping at home. The only time in which this car would lose its practicality would be for any sort of trip in which the destination did not have a charging station or if you planned to use the vehicle in the next 30 or so hours. Most owners expect this and can live with the vehicle limitations until an infrastructure for electric cars is created in the future. The Tesla Roadster is a great step in the right direction and there are a lot of major manufacturers that are taking notice of the advancements that Elon and his team have made in the last decade. The future looks bright for the company as they say goodbye to the Roadster and move to shoot for mainstream success with the Model S. Tesla Motors may be one of the very few companies that can actually make it in the ever-changing modern automotive marketplace. 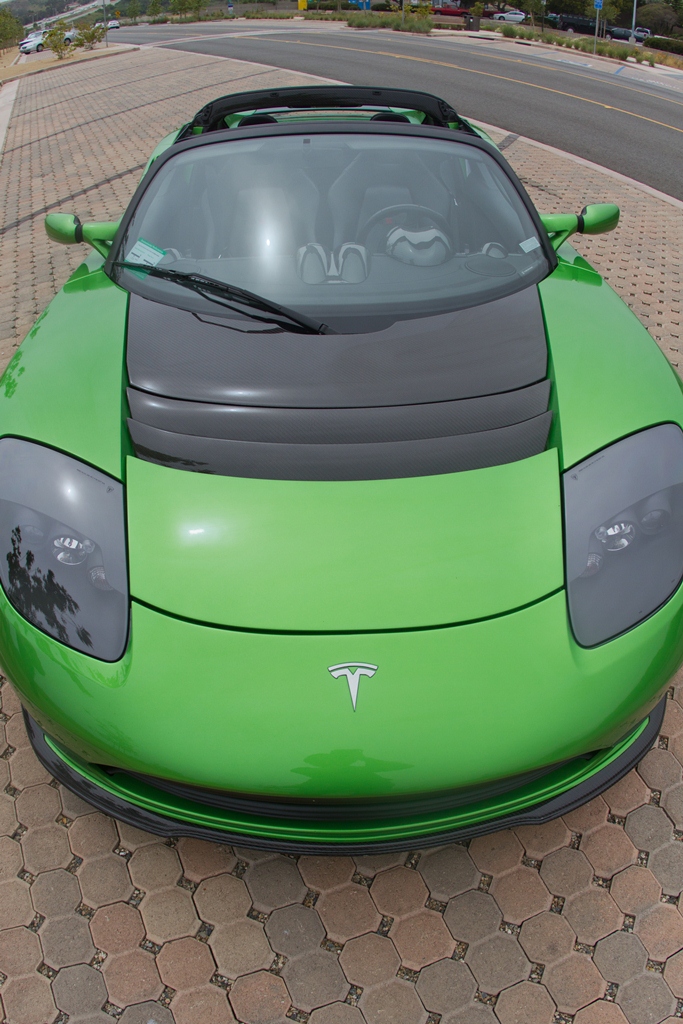 Photos of the Tesla Roadster provided by Jim Donnelley

Apple to Buy Tesla? We think not.