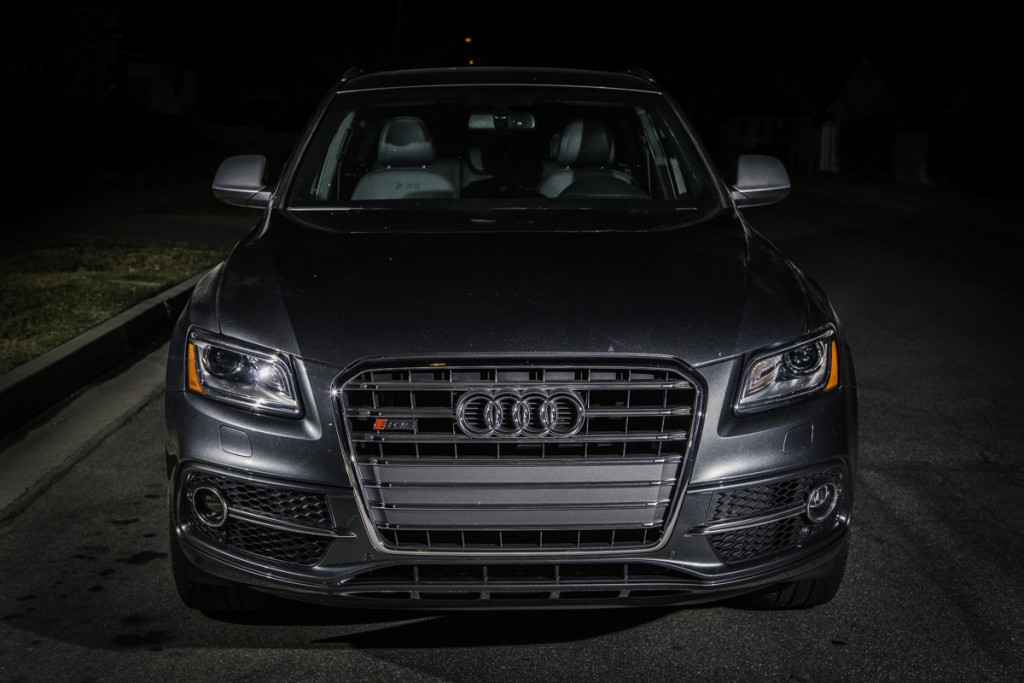 It hides in a sea of traffic waiting to strike at any unsuspecting prey. The Audi SQ5 is the gentlemen’s sniper rifle – it simply gets the job done. Nobody will expect it and nobody will understand what has happened in the aftermath.

The group at Audi have never been much for outrageous color schemes or shouty aerodynamic treatments on their performance cars. The SQ5 is no exception as it proudly displays an extra “S” on its badging and a slight difference in front/rear fascias. If you prefer your hitmen in tuxedos, then this may be the car for you. Because what is underneath the plain exterior is far from tame.

The 3.0L V6 in the regular Audi Q5 will return a respectable 272 horsepower but the SQ5 supercharges the V6 up to 354 hp and 347 lb-ft of torque. Which may sound meager with 470hp Jeep’s running around but the power delivery is smooth and rather instant with help from the supercharger. The QS5 shares the same powertrain with the S5 coupe but rates at around 20 hp higher. The two cars see nearly the same 0-60 mph times at just under 6 seconds.

The SQ5 speeds down the highway in the “Comfort” setting at a similar feel to the standard Q5. The SQ5 also sits at the same ride height as the standard Q5 model in the US. This allows it to qualify for the “light truck” vehicle classification here while the Euro model gets a 30-millimeter suspension drop. A stiffer spring rate and slightly wider track still allow the Audi SQ5 to take corners at speeds that most sedans would struggle with. In “Dynamic” mode the little SUV allowed for surprisingly spirited driving on some of the mountain roads nearby. 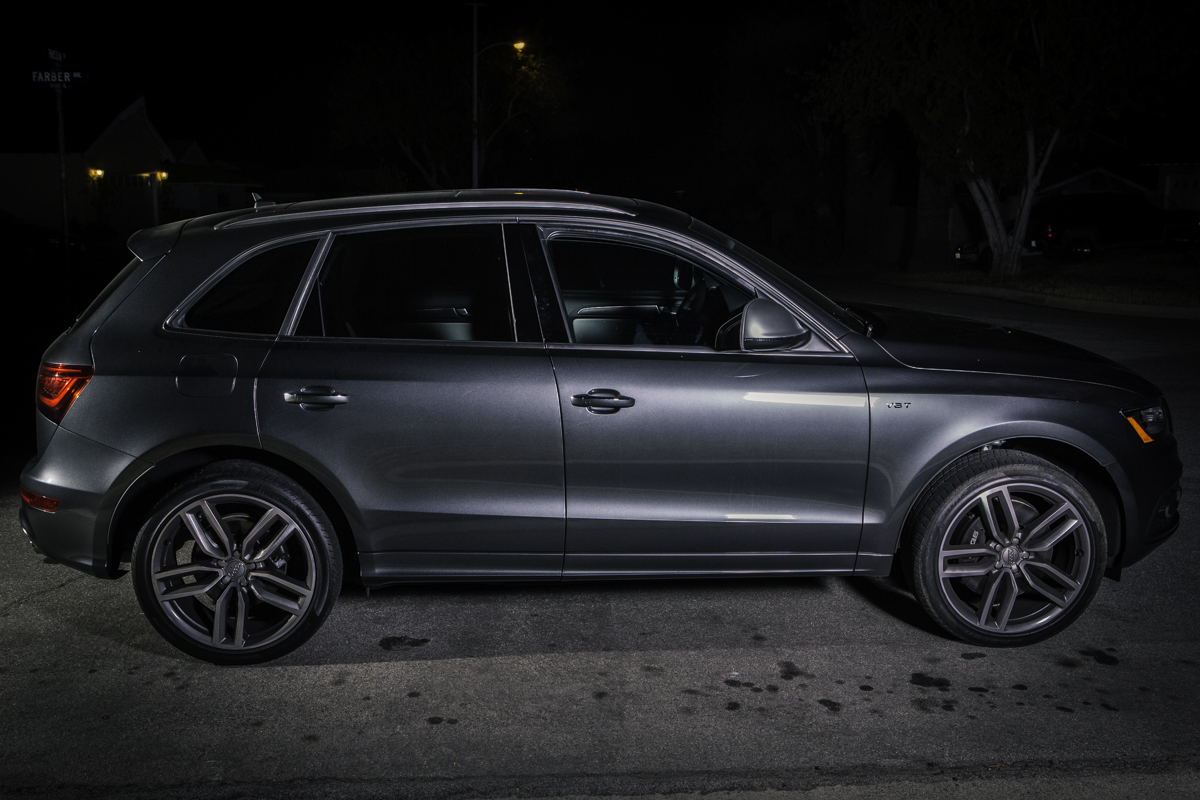 The interior of the SQ5 that we drove had quality leather seats with decent support for most drivers. The two-tone gray and black leather color combination was simple and played well to the subtlety of the entire car. The wood trim had metal lined inlay that looked like a guitar fretboard or a pinstriped suit. I appreciate the effort to go against the typical wood, metal, and carbon fiber design standard but the striped wood missed the mark for me (your tastes may vary). The center console was typical Audi fare and offered easy resting arm access to the control knob and buttons for most functions. The rear leg room and cargo space are among the top in its class so you can include the whole family or four adults in on some SUV canyon carving.

In my opinion the buyer of the Audi SQ5 is the type of person who would roll down a grassy hill – so long as nobody was watching. They prefer the sleeper of the sporty SUV class that wont draw much attention to their secret obsession with speed. For me, the $65k price on the model we had would have me running to buy a low option Porsche Macan. But I am the type of person that enjoys shouty and obnoxious over tame in my performance vehicles.