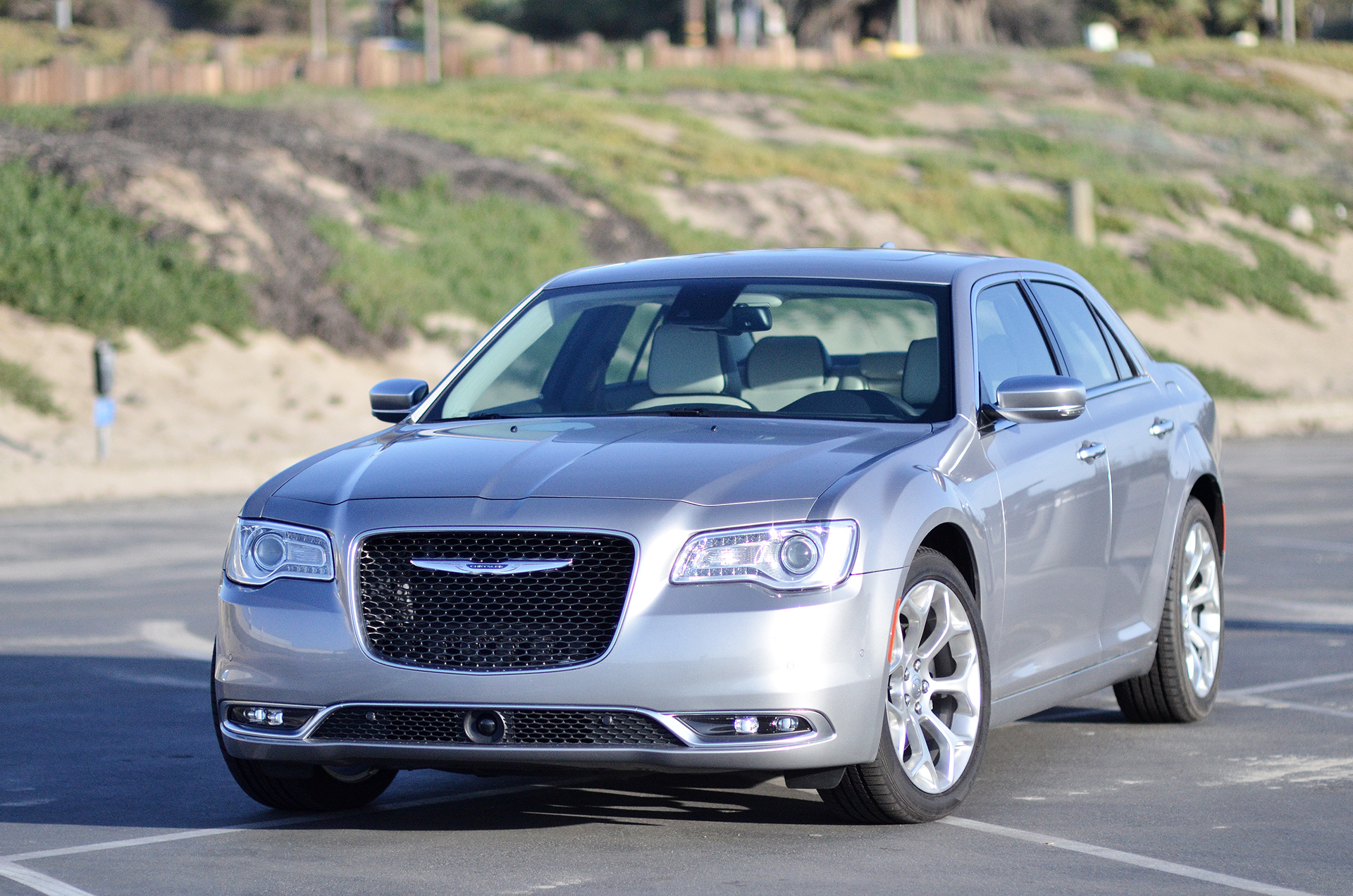 In the history of American car culture nothing has been more prominent than large and powerful family sedans. Cars of the 50s, 60s, and into the 1970s stretched for miles to fill the engine compartment with the largest V8 engine and the interior cabin was spaced to accommodate the whole family. Today the size of the average American family has shrunk nearly an entire person. So it is fitting that the 2016 Chrysler 300 is about 2 feet shorter in length than its largest 300 relative from the 60s. We took this latest offering from Chrysler out to see if you can lose some sheet metal and still keep the classic style, open-road performance, and a comfortable interior for what remains of the “American family”. 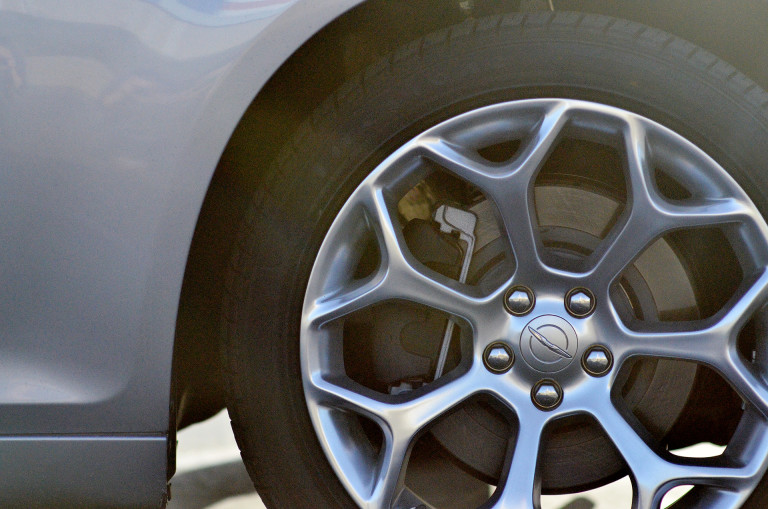 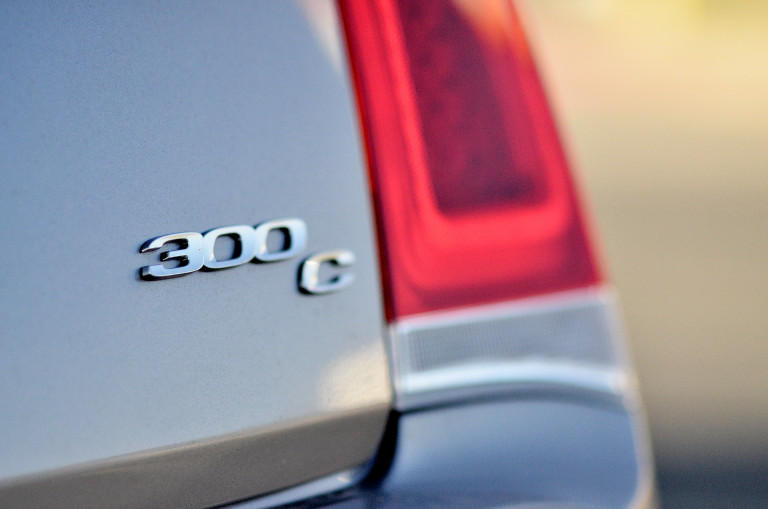 When over 80% of our country is nothing but empty space, you are going to want the power to get moving when you find an open road. Thankfully, if anything has remained consistent with the past Chrysler sedans and this new 300C – it is the performance. This Chrysler 300C in the Platinum trim was equipped with the legendary 5.7L HEMI V8 producing 363 horsepower. When channeled through the new 8-speed automatic transmission the Chrysler sedan pulls swiftly at any speed. On most occasions all it takes is a quick jab at the throttle to drop from the torque valley that is 7th gear down to the punching growl of the V8 wellsprings waiting in a gear like 4th or 5th.

The engine is also audible enough when you dig into the throttle to appease those looking for more muscle in their luxury. Although, for those looking to calm things down the car is eerily quiet at highway speeds in the taller gears. When you are cruising at those highway speeds the HEMI V8 will also return around 22-25MPG thanks to the help of variable valve timing. The massive rubber on our 20 inch wheels combined with the large brakes helped slow the big sedan down nearly as quick as it set off. The chassis under the modern LX vehicles is also firm enough to allow for spirited cornering but somewhat vague steering feel and the pure weight over 4,000 lb sedan reveal themselves on tighter mountain roads. 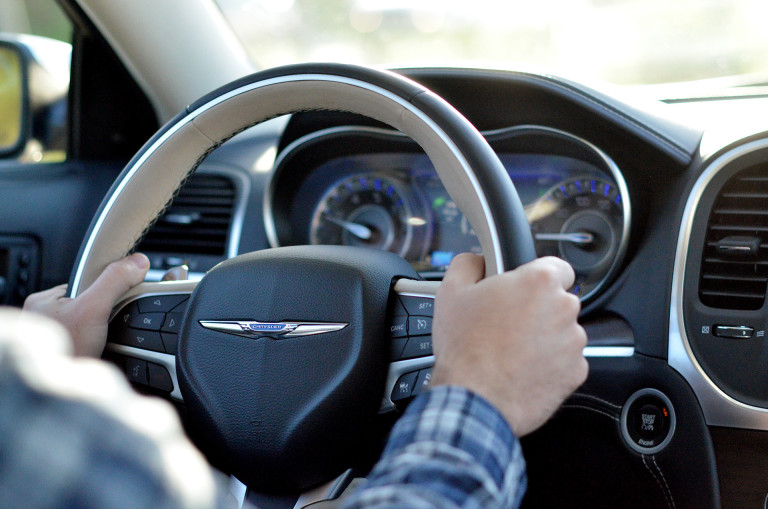 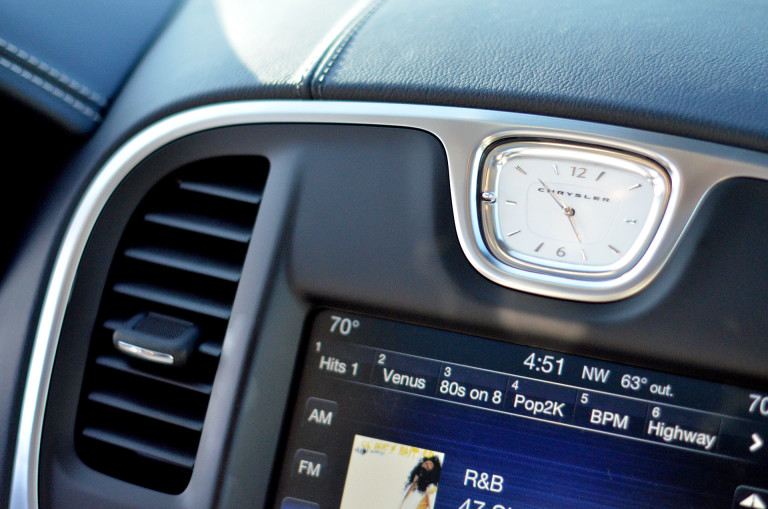 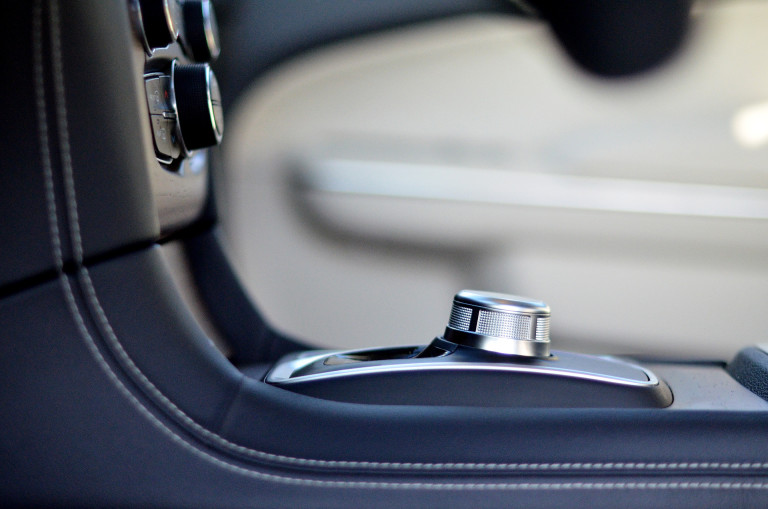 Stepping inside the 2016 300C we were blown away by the new interior with real wood trim and two-tone Nappa leather. Our Platinum model had a dark blue “Indigo” and cream  “Linen” leather that would be at home in a sedan from Maserati. The feel and quality of the steering wheel and door panels were miles ahead of what Chrysler was known for in the early 2000s and each and every stitch across the dash was picture perfect. The only real downside of the modern 300 is the lack of interior room when compared to the American sedans of yore. Four adults should fit comfortably but you will likely be tried for torture if you try and put a fifth adult in the rear middle seat.

The blue glow of the gauges is modern and elegant across the Chrysler model line but truly shines in the 300. After struggling to find their own version of luxury for a fair bit of modern history, Chrysler has nailed down its image in this Platinum equipped Chrysler. The amazing Harmon Kardon audio system is one of the best in the industry at this price point and greatly exceeds whatever Dre Beats nonsense was used in the past. The 8.4 inch UConnect® system is intuitive for most controls and only hindered by current “apps” setup. The system requires a secondary UConnect® Access App on your phone to control popular services like Pandora within the system. A future update for the 4th generation Uconnect system will thankfully add support for Android Auto and Apple Car Play. 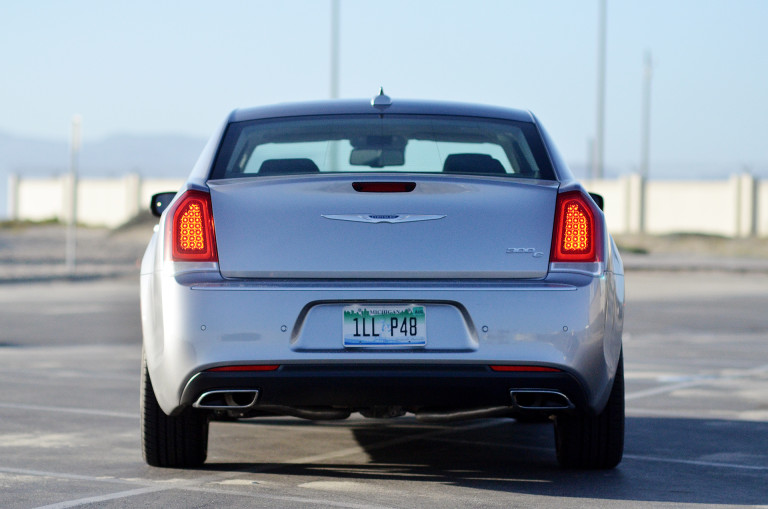 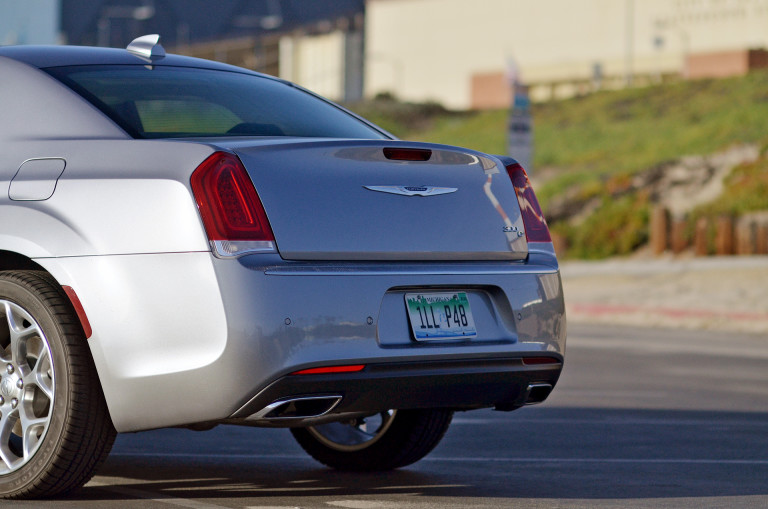 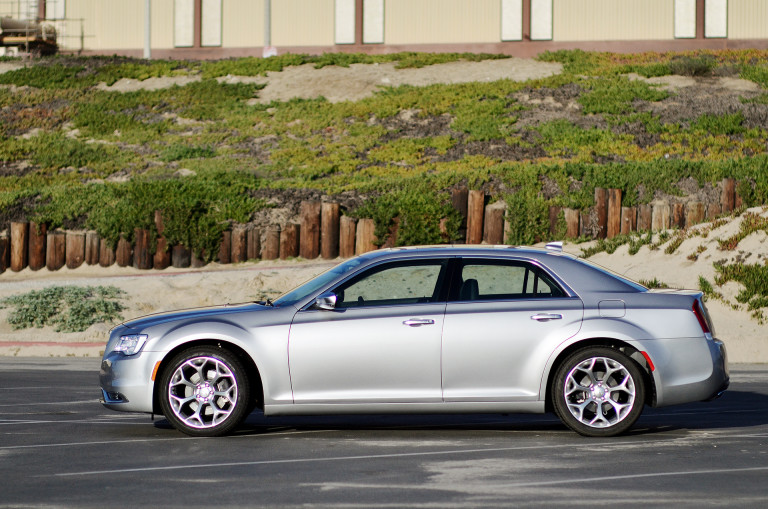 The Chrysler 300 has always been known for setting the standard in regards to its exterior styling. When the first modern 300C was debuted in 2004 it became an absolute icon for modern American sedan styling. When designing a replacement a conservative approach was taken to keep the original silhouette while modernizing the look. The team at Chrysler helped to created an updated style that brings it into the modern era with sleeker lines.

Slight touches like the logo integration in the grill and rounded rear end with LED tail lights help give the new 300C presence and class. The character lines on the side of the vehicle smooth out the side profile and accentuate the body curves enough to please the Sir Mix-a-Lot side in all of us.

This 2016 iteration of the Chrysler 300C improves upon some of the low points of the past models –  like interior quality- while maintaining enough style and performance to retain what made it special. At $51,430 for our Platinum tester model, the car is a relative bargain in the luxury market for someone looking for a comfortable cruiser that can let its hair down at times. You and the rest of your 2.14 family members would certainly be happy behind the wheel of this modern American icon.

Special thanks to Joseph for the stunning photos featured in this article.