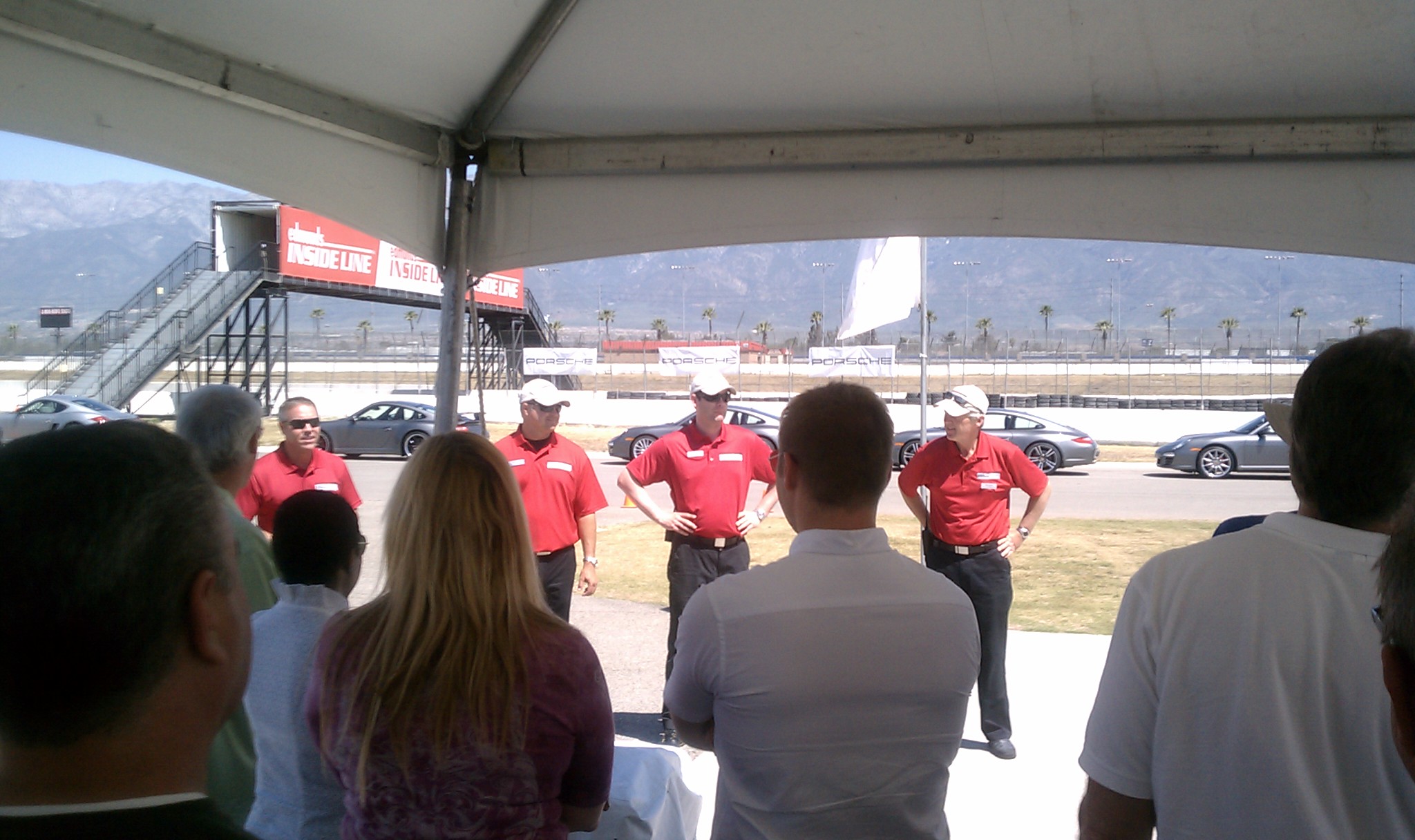 It’s not often that you get the chance to take some of the newest models from the finest that Stuttgart has to offer and get to put them through the paces on the inner track at the Auto Club Speedway in Fontana, CA… many owners will never get to actually take their cars to the limit without serious penalties (insert “too soon” Ryan Dunn joke here). So Porsche puts on driving events to show existing and potential customers the true ability of their vehicles under the instruction of teachers from the Porsche Driving School in Birmingham, Alabama. The day started with a long and painful introduction on track driving with the normal accelerate out of the apex, follow the instructors line, and don’t kill yourself and the passenger with you. We were separated into two groups and we first began on the autocross course with the mid engine vehicles. 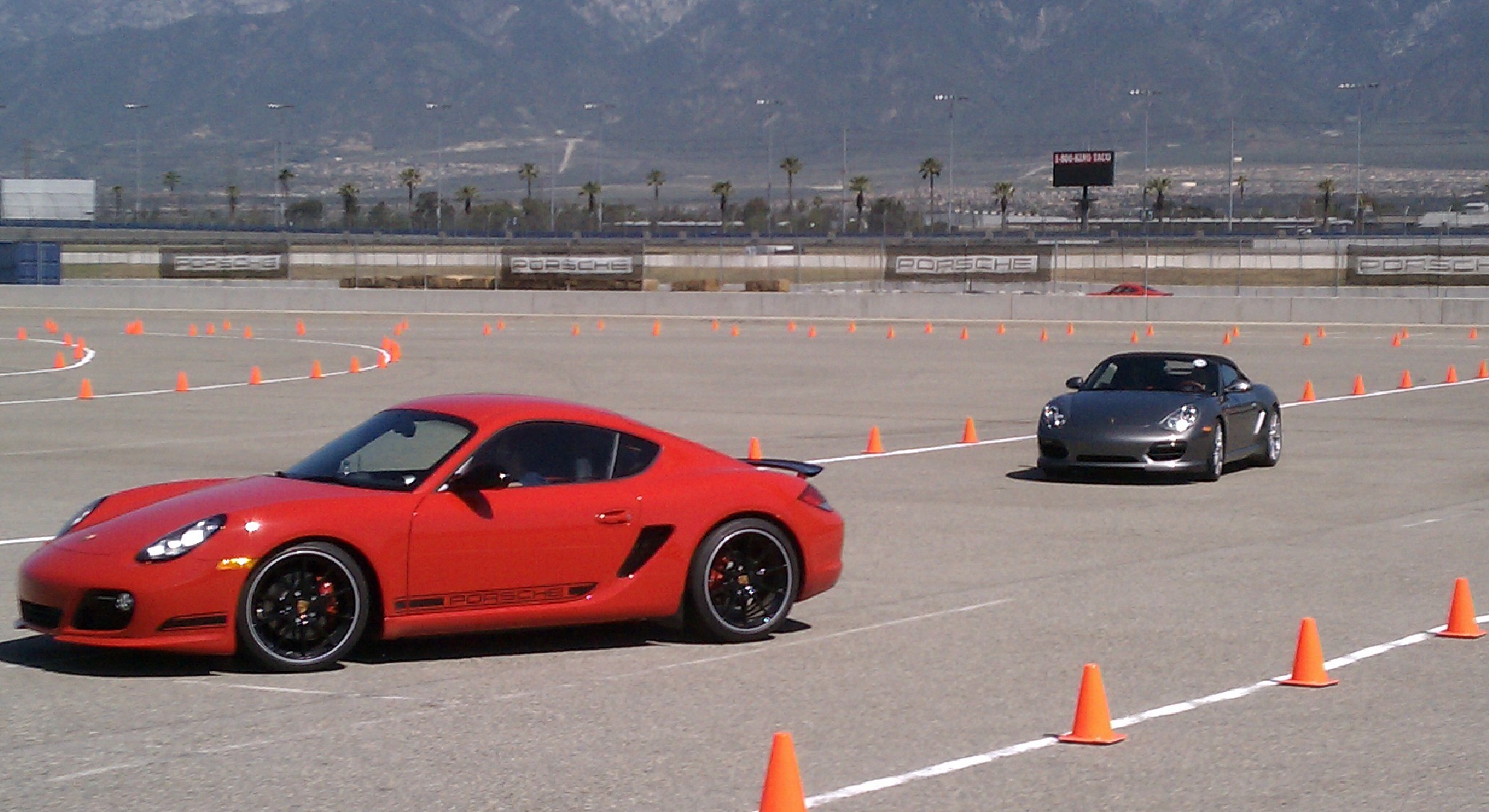 Here we were able to sample two of the newest Porsche models in the lineup, the Cayman R and Boxster Spyder. In this portion you would sit with a Porsche instructor in the passenger seat and he basically yells at you for braking too early and show you how to carry speed into the sharp corners without taking out a few cones. The first and second times I got “why on earth are you braking there?! Go faster” from the instructor. This is a strange change from the normal test drive event in which the man who makes $9/hour yells at me for getting the Corvette over 50mph. By the third time around you could finally see the car’s potential and me and my new friend Cayman R pulled out some solid runs by the end of the time. The Cayman has been one of my favorites in years past for affordable sports car fun and is even better with more power and tighter suspension tuning. Here is some info on both of these vehicles: 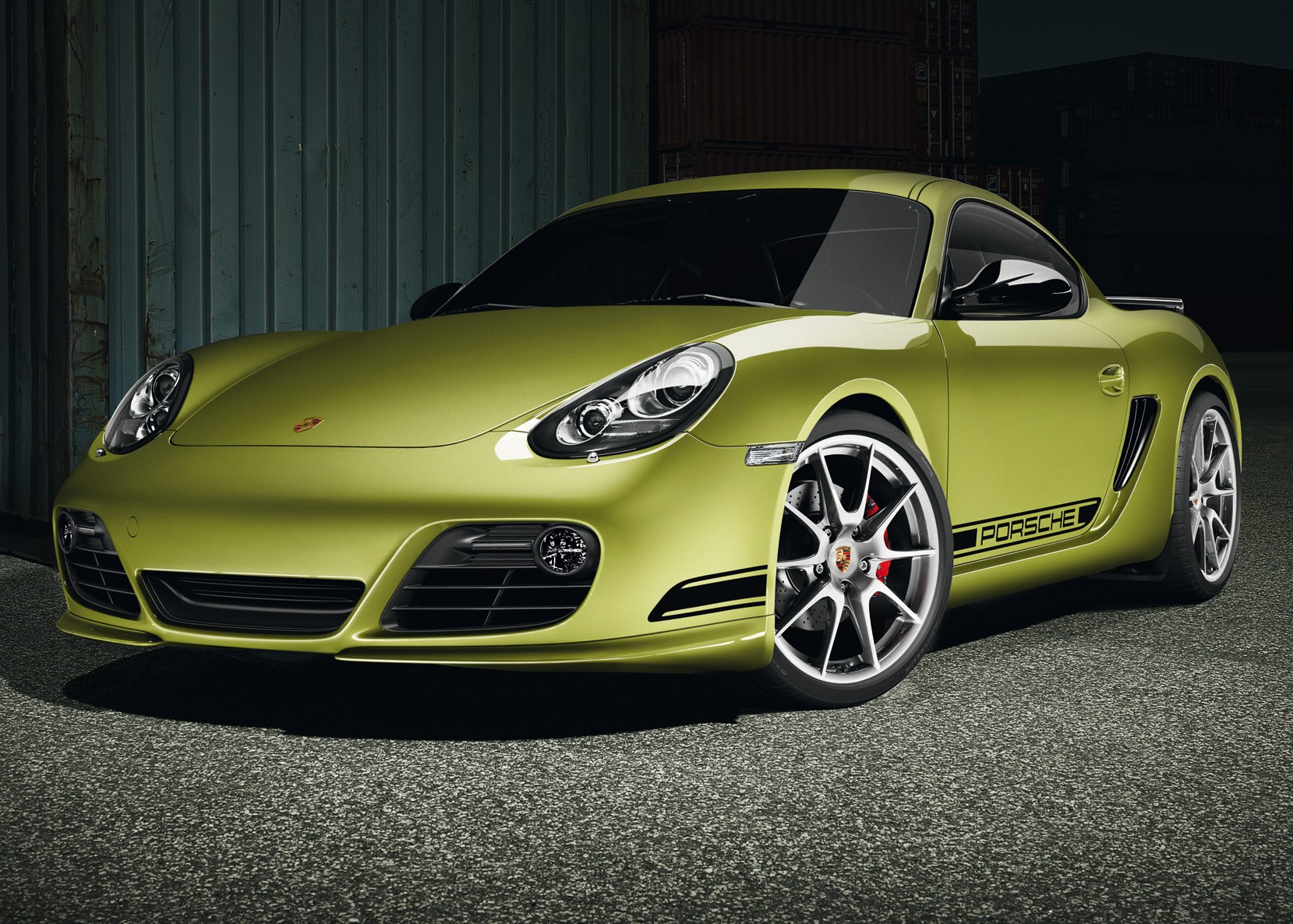 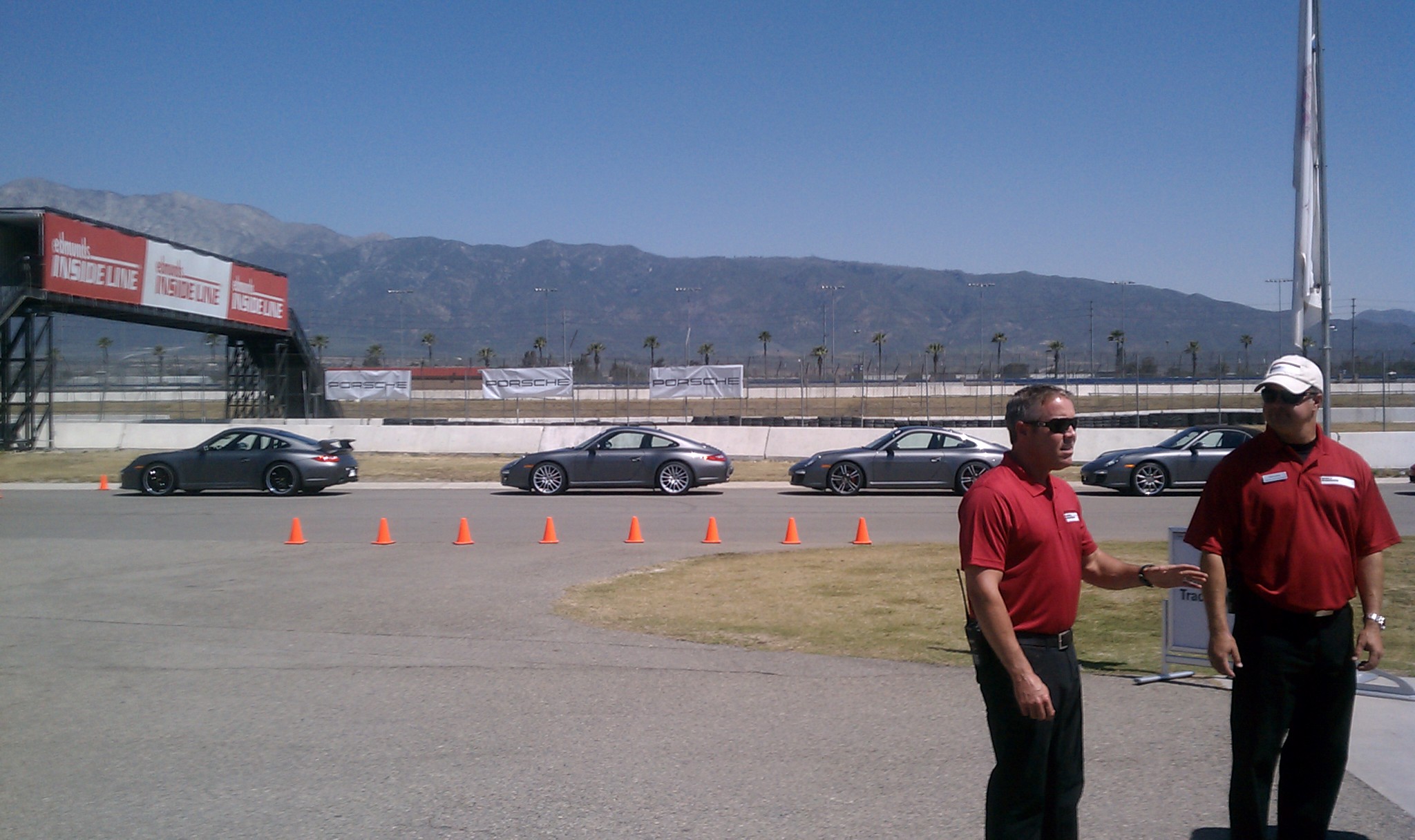 In the second section of the track we were to enter a line of Porsche 911 variations in pairs without a driving instructor this time. The Porsche Driving School instructors would lead the pack in a 911 Turbo and a 911 Carrera GTS. The instructors would go as fast as we could go while keeping in line and not leaving anyone behind. The first couple passes we we had some slower drivers (they happened to be women) at the head of the pack that kept track speeds around 85mph. The 911 Carrera 4S we were in first felt planted and agile, almost an impossible amount of grip through the corners. Once we got up to the Carrera GTS we were approaching speeds near the 120mph area and could really feel the car’s potential. The GTS gave a decent amount more oversteer than the 4S for the obvious reason of the lack of AWD. The oversteer was fairly controllable and the GTS became my quick favorite of the pack due to the sheer smile factor of getting the back end loose with a quick jab of the right pedal in the corners. The 911 Turbo was not available to drive during our session due to a few drivers that claimed they could “drive stick” who blew a clutch ( i’m guessing women played a part here also) We did get a quick lap shotgun with a Porsche Driving Instructor in the the 911 Turbo who showed the fierce power of the 500 hp motor which made the little child in me tingle all over. Here is the info on the three vehicles we had the pleasure of experiencing: 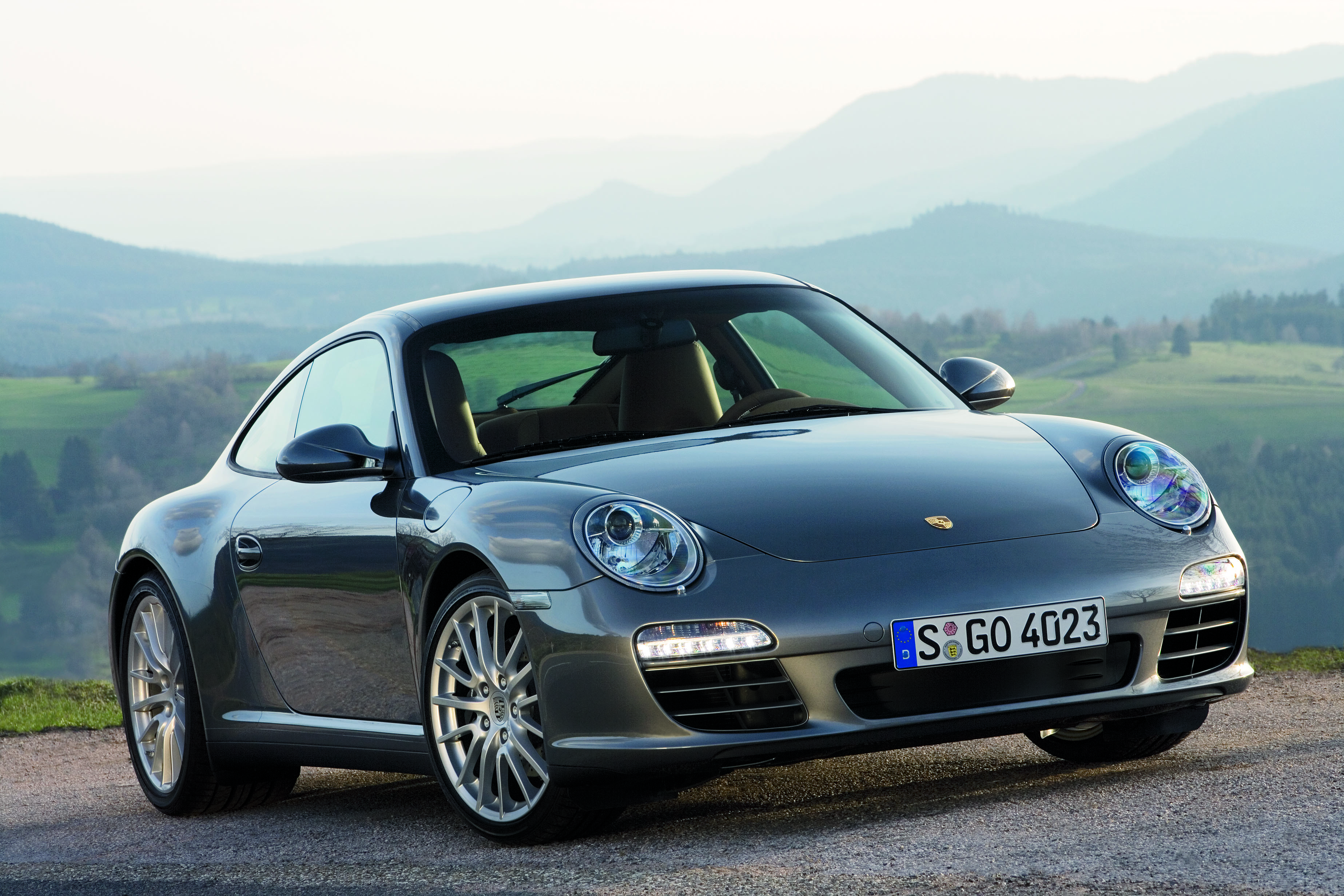 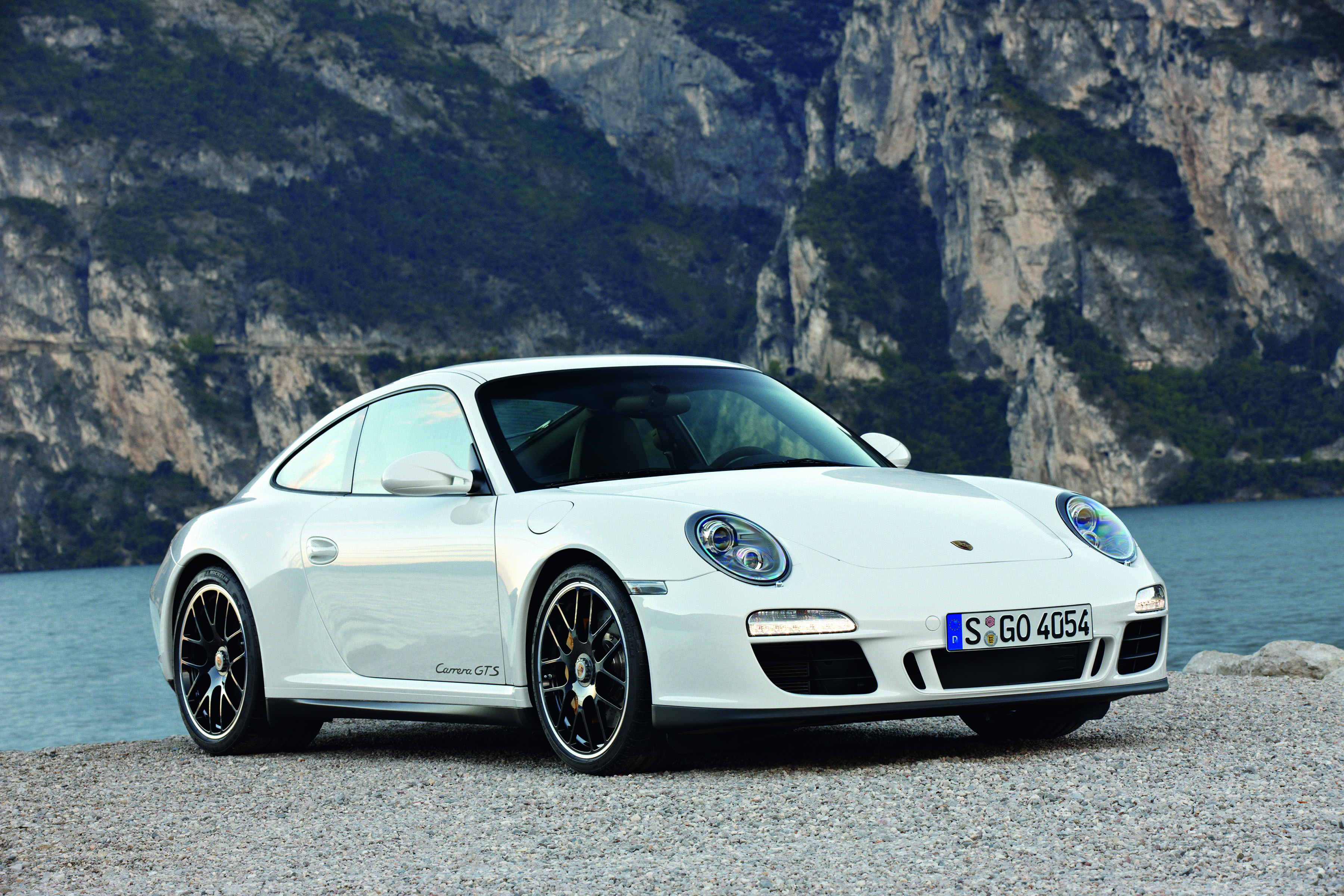 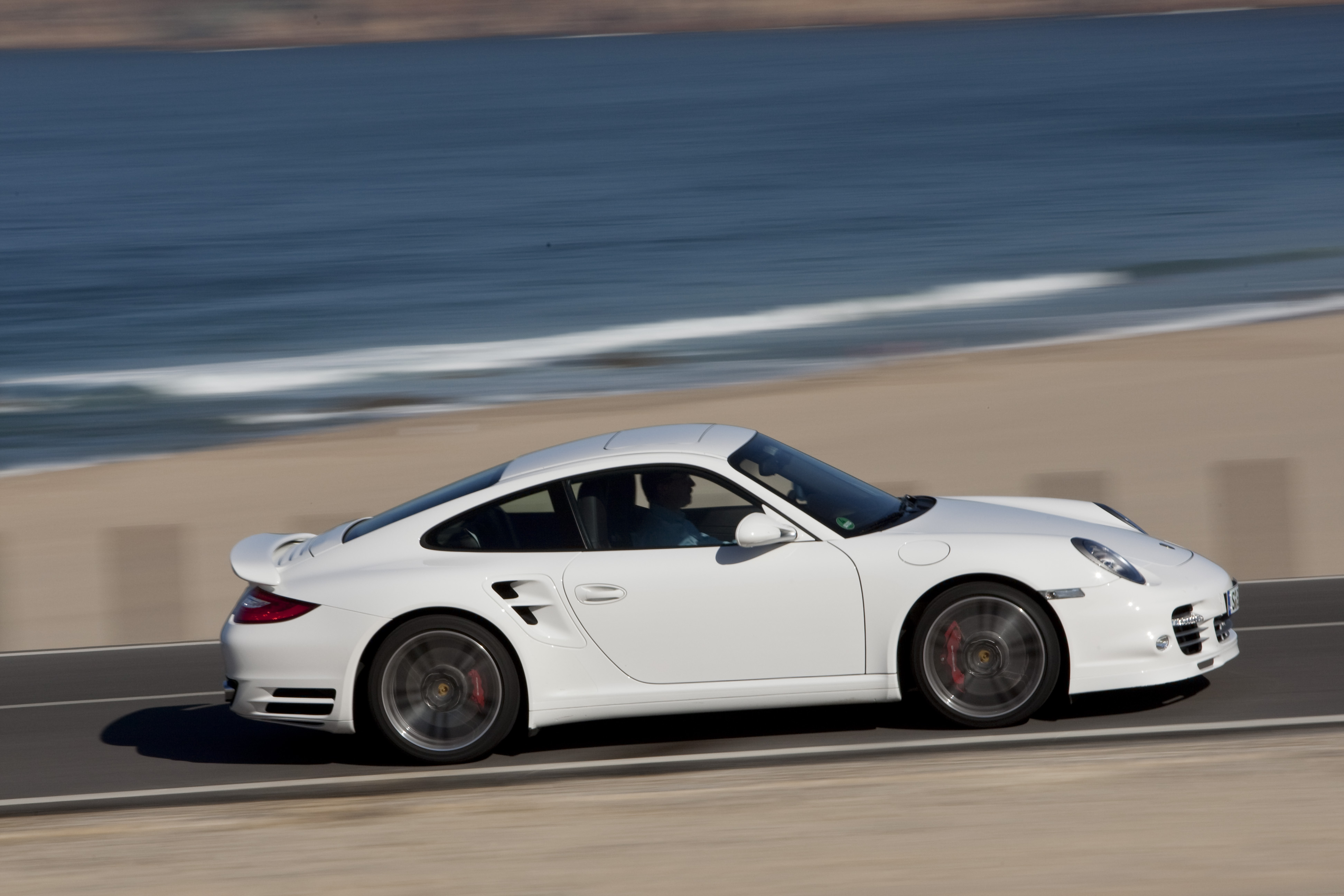 One thought on “Track Day: Fontana Speedway with Porsche”