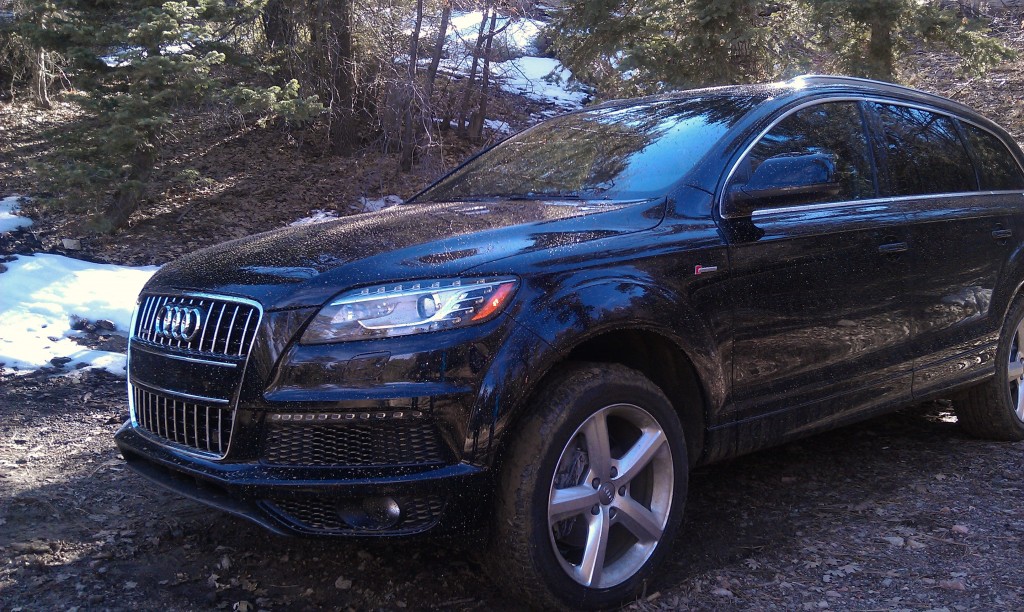 “Do not go where the path may lead, go instead where there is no path and leave a trail.” — Ralph Waldo Emerson

The Germans must have been listening to these wise words from our man Ralph because the team at Audi/Volkswagen have taken their own path over the years to forge their way to the top of the industry and in the next decade they have the top of the leader board within reach. In the Quattro rally program the Audi team was unstoppable and revolutionized the sport with their dominating all wheel drive platforms and established much of what the company continues to work towards today. The Audi team offers some of the most competitive all wheel drive systems and their luxury vehicles are outselling the likes of BMW and Mercedes in many key markets. We took their popular Q7 SUV into the mountains to test out the off road capability as well as the on road comfort when compared to its rivals.

The Audi Q7 differs from many of the full size vehicles in its class with a smaller supercharged V6 motor producing 333hp and returning 22 mpg on the highway. This makes it one of the more efficient AWD large vehicles in its class and still allows for a spirited drive when you really get into the throttle. The suspension in the Q7 is adjustable through the navigation menu and can be set to dynamic, comfort, or lifted through the off-road setting when needed. 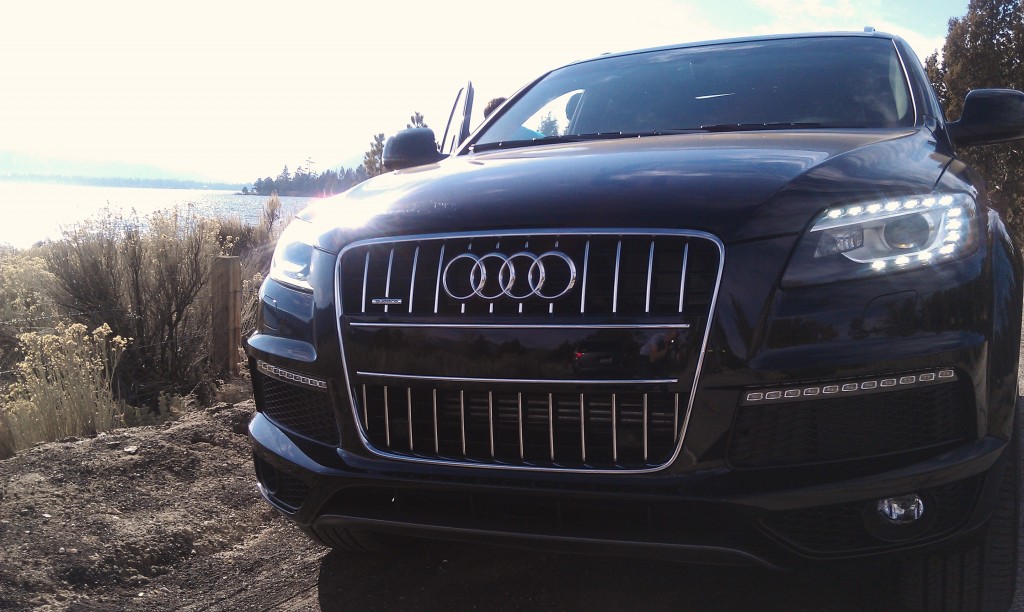 The comfort inside the vehicle is fairly adequate from the driver’s seat and the normal black leather and brushed aluminum trim that is typical in the modern Audi line up is present. The major gripe about the front row is in the seating support that offered a very wide and flat surface in which to plant your rear-end that became uncomfortable after an extended drive. The joke was made that the sets had been modified to accommodate a wider, American, backside, but I imagine these are the same as the European model. That aside, the 2nd and 3rd rows offer up enough room to accommodate most passengers and the rear storage is minimal with the 3rd row up.

Vehicles like the Range Rover are most known for their off road capability and all wheel drive systems but the Q7 has one of the more advanced systems on the market and we also had the chance to hit a few trails up in the Big Bear Mountain area with the Audi to show that the German’s still know  thing or two about forging ahead into the wilderness. In the snowy and slick trails the quattro system offered plenty of traction and with the vehicle suspension in the “off-road” setting, the clearance was rarely and issue. For the majority of the trail we were able to pursue an older man in an FJ Cruiser as he made his way into some of the areas with thick mud and large gatherings of water. We continued to follow and had no issue gently cruising along the path with very little theatrics. 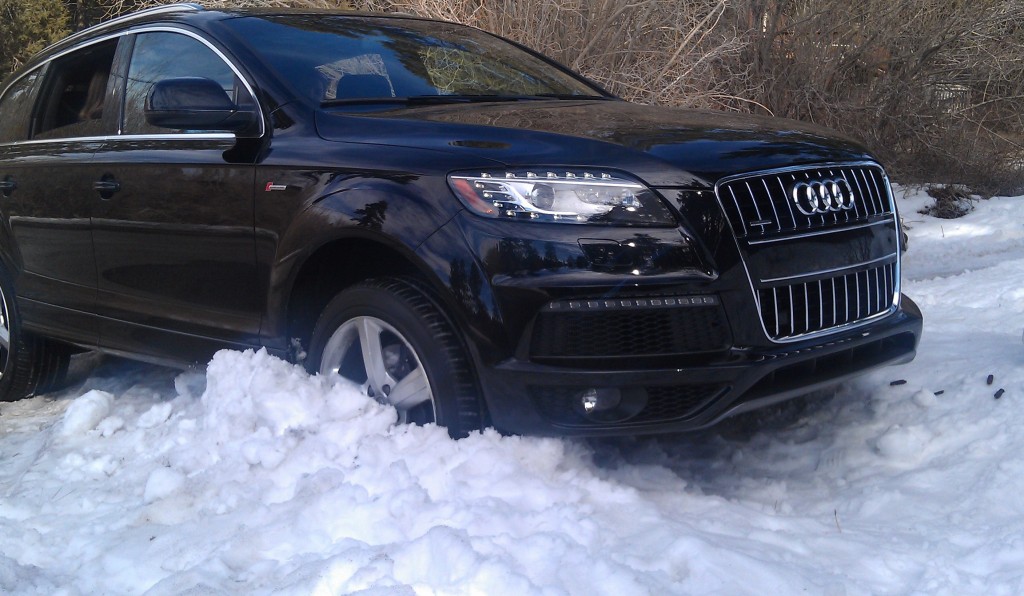 In the deep snow and mud the Audi didn’t even hesitate to go forward and went places that any Yukon, or even Mercedes GL would require a team with a shovel.  The Audi MMI plus system remains one of the top in-car navigation and media platforms and offered up very simple menus and displays such as the Google based map, that are unparalleled in the luxury segment, and helped to get you back on the road with ease after any slight detours. The bluetooth audio streaming also worked notably well and required less time to set up than some of the setup from the competition. 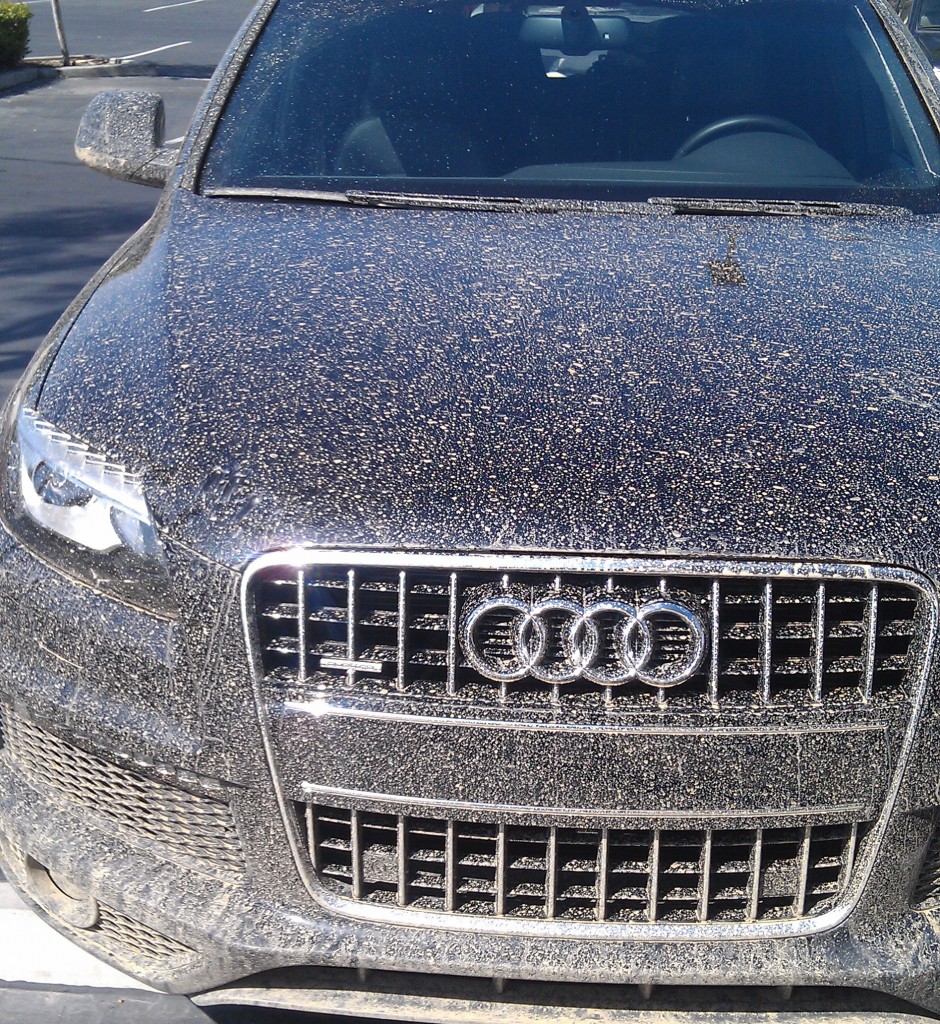 Overall the Audi offers a sleek and stylish alternative to many of the boxy and boring SUVs in the luxury market for a price that is at the low end of the market at around $65k. It may not offer the complete all-wheel drive experience that you would see from the Land Rover brand, but it offers a more comfortable on road experience and has still proven to be a very capable method of getting off the highway and driving head into whatever nature can throw at you.