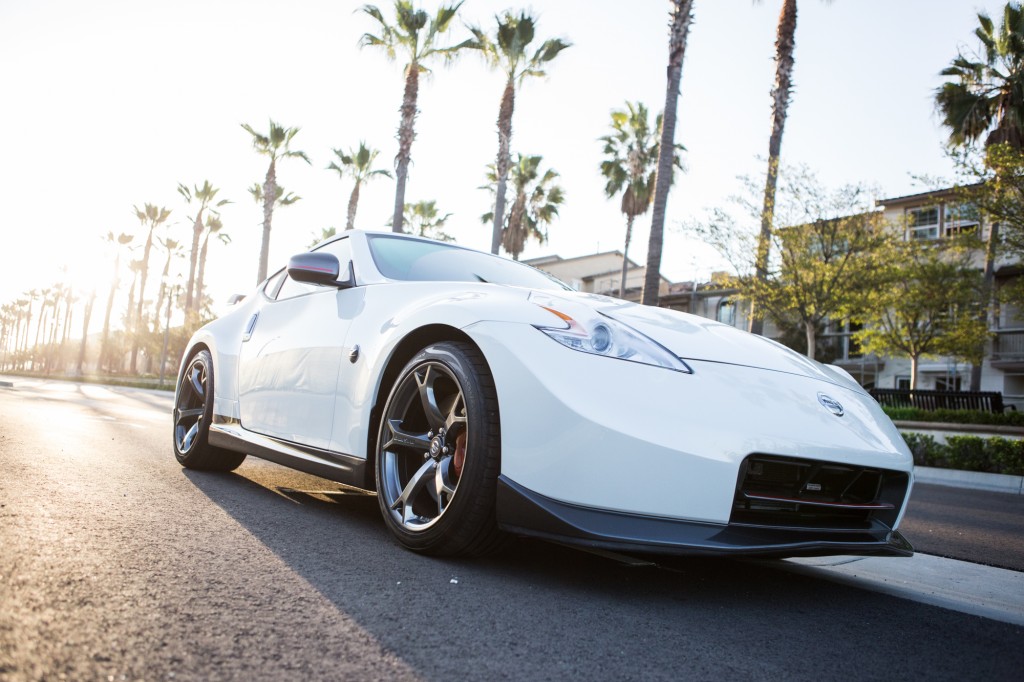 The Nissan Z car has been a staple of the brand for decades and the 370z follows as the 6th generation after the 350z and 300zx that proceeded it. However the Fairlady Z, as the vehicle line is called in Japan, has been diving in sales since the early 2000s. The 350z peaked close to 40k sales in 2003 and the last several years since the 370z has hit the market in 2009 find it struggling under 10k units per year. The car has been criticized for being too similar to the 350z and lacking the character or style to compete with other sports cars in the market. I have always had a special attraction to the Datsun/Nissan Z cars and jumped at the chance to drive the Nismo trim level 370z to see if there is any kick left in the old lady.

Nismo, which essentially stands for Nissan Motorsports, was created in 1984 to build cars and represent Nissan and Datsun in auto racing. Nismo has since become the performance trim level for the Nissan brand and they have focused their efforts to bring several cars to the market for 2014 including the Juke and GTR.  The 370Z Nismo in 2014 gets rid of the bland body color aero-kit from the 2013 model and instead adds a nice gray and red accent to accentuate the body modifications. Our 370Z tester came in a stunning Pearl White paint color which really helped to bring out the gray/red combo and emphasize some of the more unique lines on the car. The gunmetal 19″ RAYS wheels and the bright red calipers give even more indication of the sporting potential of the car – if the giant spoiler wasn’t apparent enough.

Behind the wheel the 370Z cabin seems at first very sparse and rather cheap for a nearly $50,000 sports car but in this case it is function over form. The Alcantara® steering wheel and bucket seats are comfortable enough and the perfect tools for throwing the Nissan around a canyon road. The red stitching that extends from the dash ans steering wheel to the seats is a subtle but nice touch to an otherwise black hole of plastic and silver bits. The 6 speed shifter has a short throw and connects to one of the better manual transmission systems in any car I have ever driven. The Nismo 370Z features Nissan’s SynchroRev Match® system to connect the 350HP V6 to the wheels. The system is setup to automatically blip the throttle to allow for perfect downshifts without the need for heel-and-toe maneuvers while diving into a corner.

Taking the Nissan through the paces on the local Glendora Mountain Road shows where the car earns a bit of its pricey MSRP. The 3.7L V6 offers just the right amount of power to be usable on the street without getting you killed and thrusts the car forward with enough fervor to wake up the adrenal glands and please your eardrums. The brakes were fantastic and in sharp corners the SynchroRev system makes you feel like a driving god as you quickly stab for 3rd gear, out of 4th, and mash on the gas to seamlessly transition to the next straight bid of pavement. Overall the Nismo 370Z drives on par with cars like the Cayman in terms of a fun mountain carving track car. The problem is that the Cayman is still more refined and the overall quality and finish for the Porsche is miles ahead of the Nissan for within $5-10k of the price ($20k if you get typical Porsche options like their $2k red seat belts). The Nissan is also a bit more – let’s say flamboyant – than most cars on the road and pulling away from a bar I had a bits of trash throw at it from a group of truck-toting patrons (read as “bros” if familiar with Southern California). But for those who want a rather different and hairy-chested V6 sports car that is fantastic for a weekend drive and would hold its own on a track day – the 2014 Nismo 370Z is certainly worth a try.

Stunning photos of the car provided by Jim Donnelly Photo