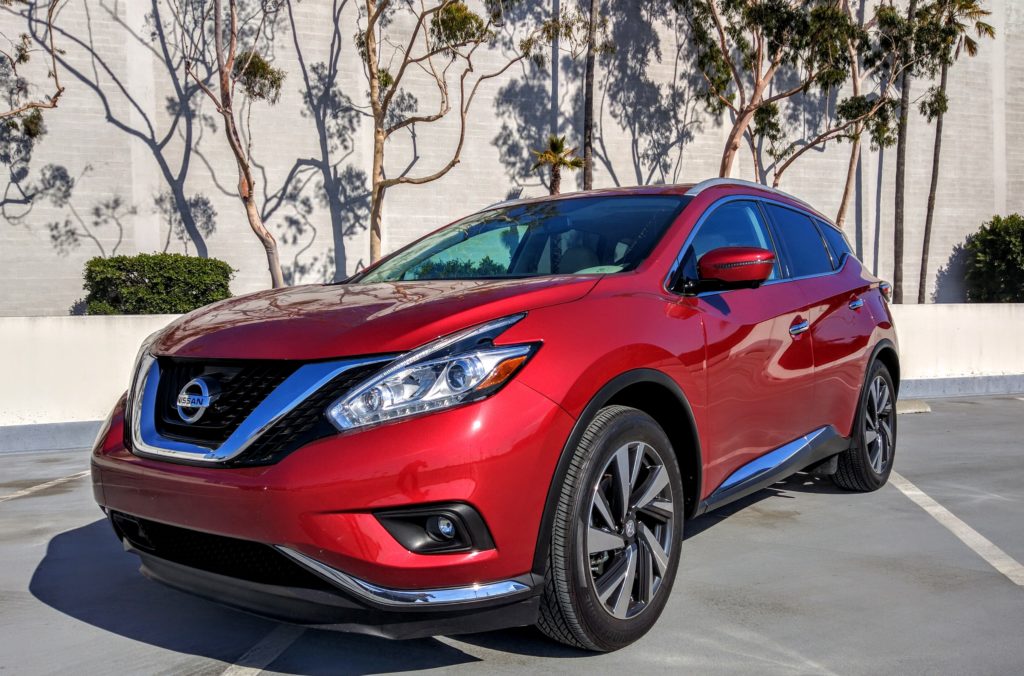 With the latest redesign the team at Nissan went a little wild to give the Murano more presence on the road. The large grille and headlights give way to sweeping shoulder lines and a floating c-pillar similar to the new Maxima. We think the new styling is fantastic, but is this $44k Platinum model all style and not enough substance? 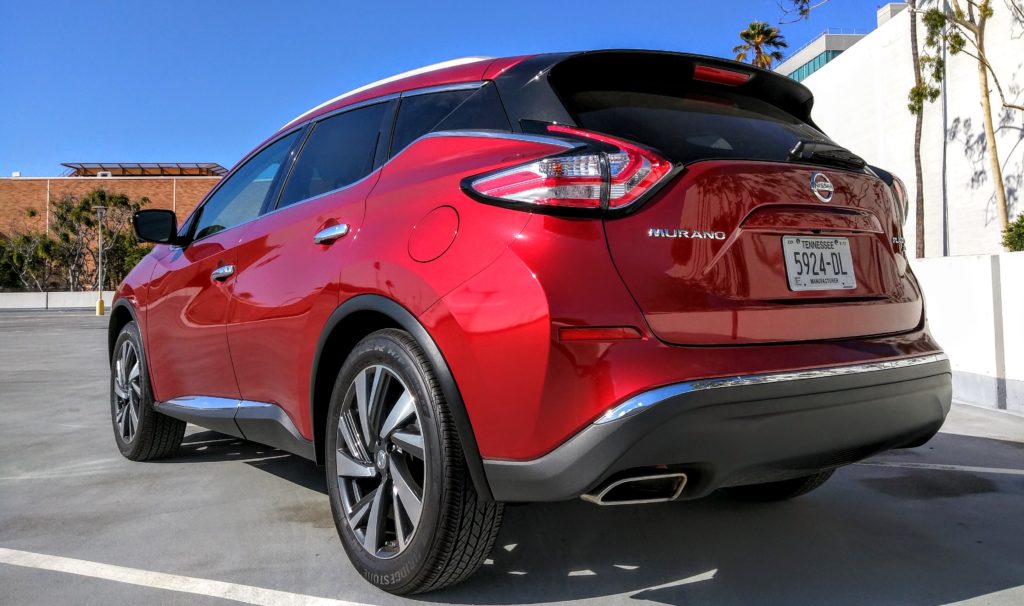 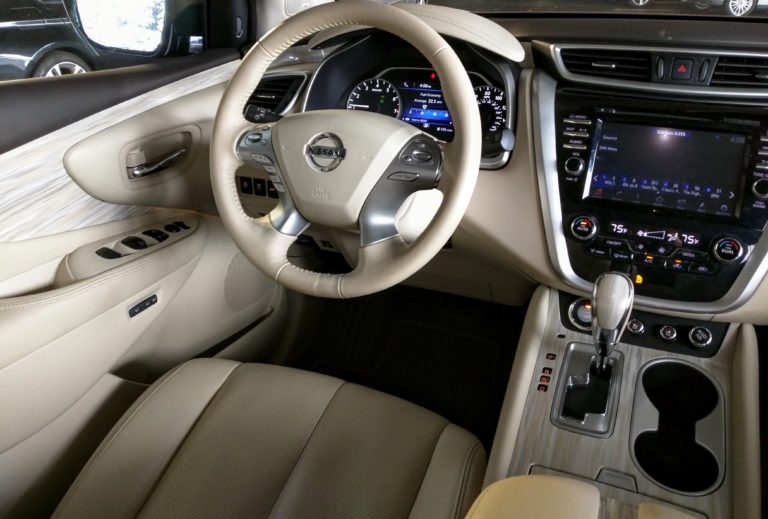 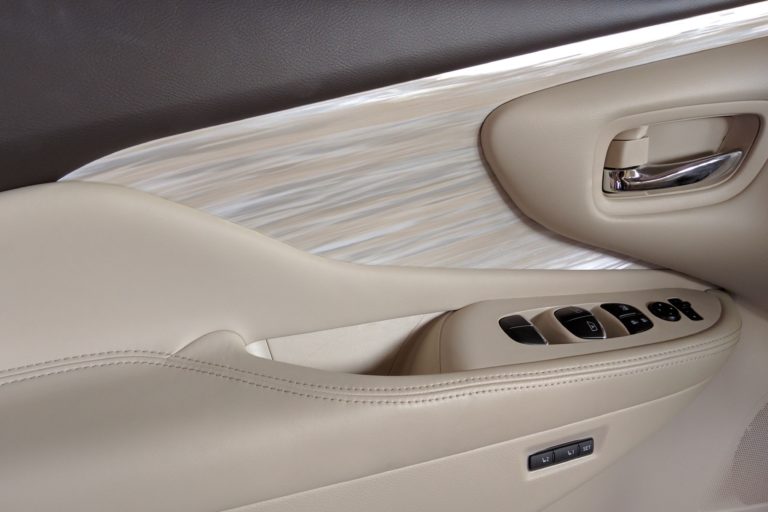 The market for large, comfortable, 5-seater SUVs continues to be strong with new competition from the likes of the Ford Edge and Jeep Grand Cherokee. Four adults will be very comfortable traveling within the updated cabin and the Panoramic Sunroof in our model with the Tech Package help take in the scenery and avoid feeling cramped. Despite being longer than nearly every model in the class, the Murano is just on par or short of most competitors for rear leg room and cargo size with the seats in place. Front driver and passenger space is also somewhat limited when considering others on the market.

The Cashmere interior trim of our Platinum model had a light leather with what looked to be a cross between mother-of-pearl and wood trim. We found the pearlescent plastic that wrapped from the door and across the dash to be rather unique and help the Murano stand out on the inside as much as the new design stands out on the exterior. But despite the pleasant looks of the interior the trim inside feels less substantial than something found in the latest Jeep Grand Cherokee and pieces like the center console would often squeak during driving. The BOSE sound system was quite wonderful and the media system had the expected Bluetooth audio, Navigation, and XM radio features. However, don’t expect modern updates like Apple Car Play until 2018 as the Murano has been listed as the next model after the 2017 Maxima to get the upgrade. 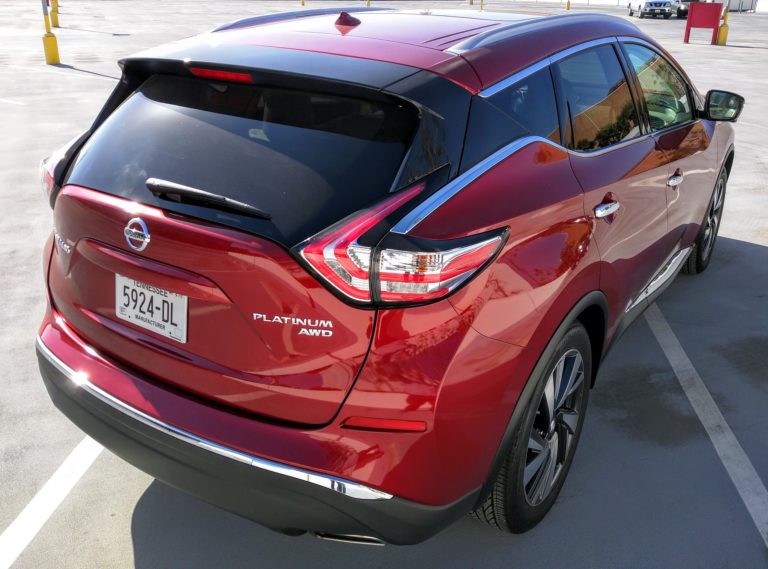 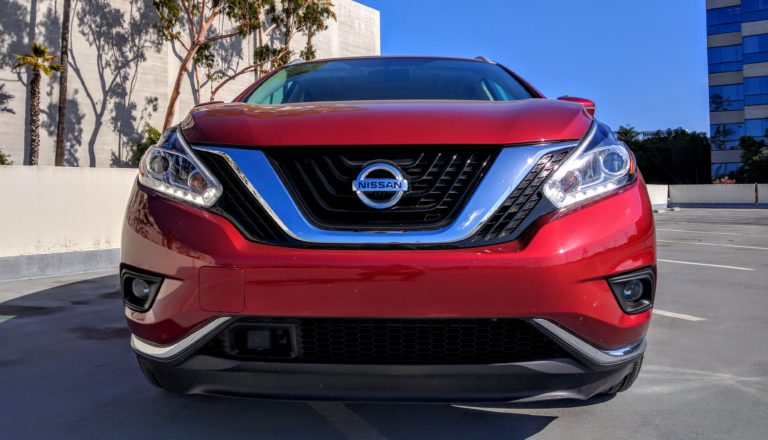 Behind the wheel the Murano accelerates without much effort despite only 260HP from the 3.5L V6 channeled through the AWD system in our model. The updated CVT transmission continues to get better and most average drivers will never know the difference over a standard transmission at this stage of development from Nissan. With the Tech Package we also had things like Intelligent Cruise Control, Forward Collision Warning, and Emergency Braking. The system worked well enough for casual use on the highway but in stop-n-go traffic the system can be slow to react and less refined than systems we have experience in higher-end vehicles like the Hyundai Genesis. Steering in the Murano is very light and although the power steering system adjusts sensitivity to get heavier at highway speeds, it remained rather sensitive even on the highway.

In our area of California the AWD drivetrain is all but useless but some light rain gave us a chance to test the limits of grip and the Murano passed with flying colors. Even with the AWD system the Murano has some of the best fuel economy in the class and we saw 25MPG in mixed driving. The EPA ratings are 21MPG city and 28MPG highway and seem very attainable in normal conditions with a light foot. To get those economy ratings the 2016 Murano took a large hit on the towing capacity and sits somewhere at the bottom of the class with a rating of only 1,500lbs. Similarly equipped models like Jeep Grand Cherokee and even the older 2014 Murano could tow up to 3,500lbs. 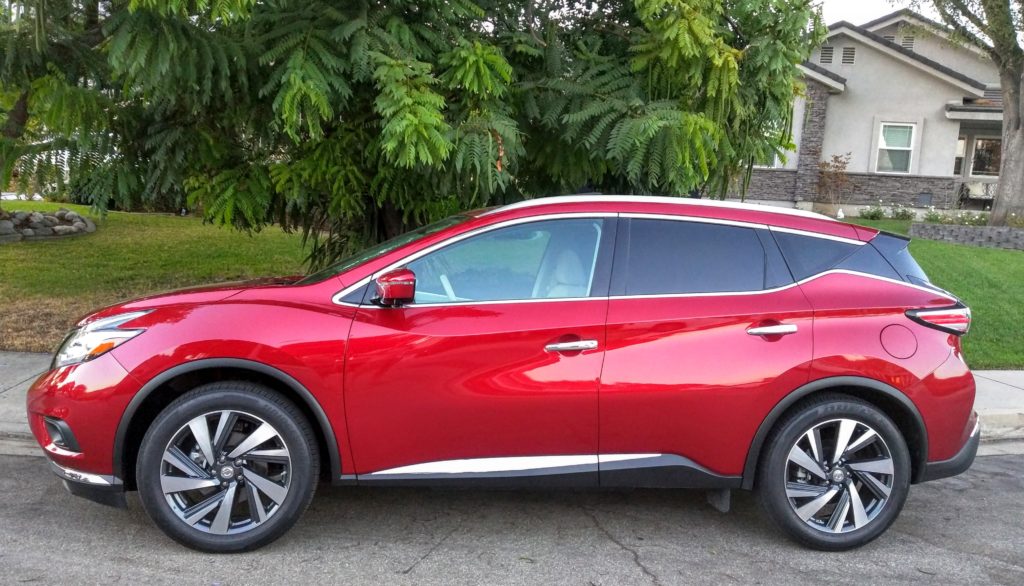 Overall this new Nissan Murano offers improved styling, fuel economy, and slightly more room for passengers over the older 2014 bodystyle with a few key sacrifices. For buyers who appreciate the attractive new style and improved economy over analyzing the various numbers and measurements of the competition – the Murano is still a solid SUV. But for better all around vehicles we recommend some seat time in the latest Ford and Jeep offerings.