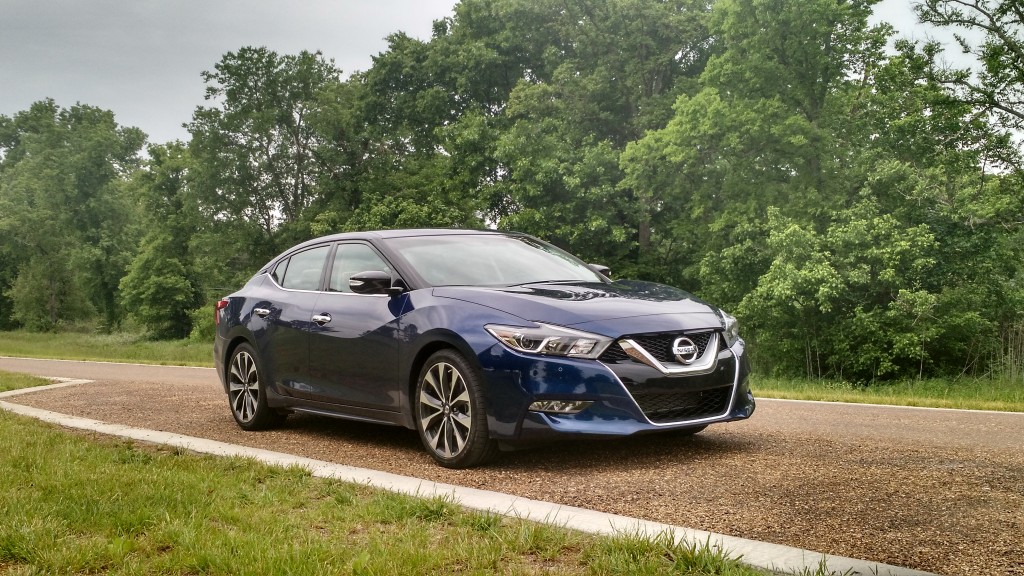 The third generation Nissan Maxima from ’88 – ’94 was the first model to be marketed to North America as the 4 Door Sports Car. The “4DSC” title was featured on a decal in the window and gave warning that 190 hp was aimed in your direction. The 2016 Maxima proudly features the “4DSC” badge on the gear selector and within its head and tail lights. Since first being called the 4-door sports car the Maxima has gone through 5 different iterations and is down from peak sales nearing 100k annual units in 2002 to just above 50k in 2014.  Today the market for large, front-wheel-drive sedans in general has cooled significantly and Nissan knows it. The most recent word from Pierre Loing, vice president of North American product planning, is that the plans for a new Maxima nearly hit the cutting room floor. “A lot of people assume it was a forgone conclusion that, of course we will continue with another Maxima,” says Loing. “But frankly, the forgone conclusion at that moment was that there would not be another Maxima.” So this 8th generation Maxima is out to prove if Nissan’s longest-selling nameplate in the United States can forge ahead. 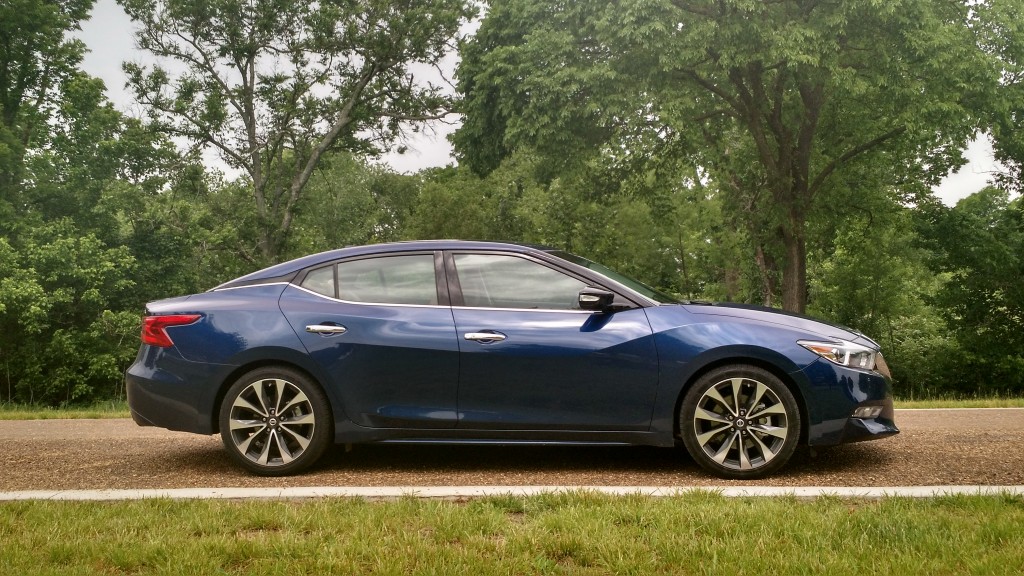 The decision to keep the Maxima alive was certainly helped by the reaction from the media and general public to the stunning Nissan Sport Sedan Concept last year. This radical new design language for the Nissan brand held true in the production sedan and the “energetic flow” design looks even better in person. The design team at Nissan spent some time with the U.S. Navy’s Blue Angels to influence the updated Maxima. The blacked out A, B, and C-pillars help to create a “floating roof” design to mimic the canopy of a fighter jet. The jet inspired design moves inward as the seating position and dash layout echo a cockpit with easy access to console controls and the standard 8-inch touchscreen. The updated media system featured touch controls inspired by tablet devices where you can now swipe left to throw some display items to the instrument cluster in front of the driver. The SR model that I spent the most time inside featured Ascot leather-appointed seats with diamond-quilted Alcantara® inserts, Ascot leather-appointed steering wheel with Alcantara insert, paddle shifters, and aluminum sport pedals. The unique to Nissan “Zero Gravity” front seats are simply amazing and offer the perfect balance of supportive bolstering and comfort. As a whole the Maxima interior with the camel Alcantara on the steering and seats is by far the nicest interior of any Nissan I have ever driven and rivals finish and feel of the German luxury marques. The liquid chrome trim in our car was a beautiful modern alternative to the typical wood or brushed metal trim you normally see.

Before the media set off in the Maxima several questions were addressed by the team at Nissan. The most common question was in regards to the CVT in a performance sedan and how it has been tuned to please customers desiring a “sportier feel.” In my discussion with Vishnu Jayamohan, Product Planning and Strategy at Nissan NA, he ensured that the new Xtronic CVT with “sport-oriented tuning” would erase any questions regarding the performance flaws of a CVT. The new transmission features a wider ratio range to compete with the 7 and 8-speed automatic transmissions from the competition. When in “Sport” mode the transmission will auto-downshift on braking and consider factors such as cornering force.  The system also includes D-Step shifting logic that allow rapid shifts at high throttle openings to ensure that the system works well while cornering at speed. The Maxima is the best selling V6 sedan in its class and the new sedan continues with a revised 3.5L V6. The updated VQ engines features 60% new parts including GTR-derived technology including sodium filled valves. The engine adds another 10 horsepower from the outgoing model to produce 300HP and identical toque numbers of 261 lb-ft.

Behind the wheel you immediately notice the update in materials most often in contact with the driver. The camel colored Alcantara on the steering wheel and seats in our SR model was of quality you would often find in a much more expensive car. For the first time the Maxima features a Drive Mode Selector (Sport and Normal modes) that adjusts throttle response, transmission tuning, steering feel and Active Sound Enhancement tuning. We first set out in “Normal” mode as we tackled some back country roads in Franklin, TN. While in this setting the steering is extremely light and the Maxima is rather nimble as the updated chassis sheds 82 lbs to be lowest weight in class. I quickly switched to the “Sport” setting after 5 miles as the “Normal” steering setting was a bit too sensitive for my personal tastes. On the SR trim the “Sport” mode takes full potential of the unique suspension damper tuning, larger front stabilizer bar, and monotube rear dampers. The folks at Nissan ensured the media in attendance that there are no plans for an AWD Maxima and the latest FWD chassis is what they are committed to (If it works for the FWD 2015 Nissan GT-R LM NISMO then why not stick with it for the Maxima). 300 horsepower may be approaching the limits of usable power for a large front-wheel sedan. I am pleased to see Nissan didn’t give in to adding more power for the sake of marketing as the Maxima is well balanced with the power on tap. Cornering on the roads south of Nashville the car really comes to life. Turn in and acceleration out of the corners is fluid and non-dramatic. The updated CVT is by far the best example of the transmission technology that I have ever driven and gone is the “running in sand” feeling you often get from most examples. Even with use of the paddle shifter the transmission simulates gear changes well and allows for more engaging control over the car. While in “Sport” mode the Active Sound Enhancement system amplifies the engine note in the cabin and does a great job and further enveloping the driver inside the “theater of driving.” Any issues with understeer or torque steer are present only when truly driving the car at the limits and fluid driving input for acceleration and steering return rather direct and precise control.

The biggest question in the 2016 Nissan Maxima’s fate is whether or not the North American market still wants a “4-Door Sports Car” in front wheel drive. With the newest Maxima, Nissan has truly found the best possible way to put 300 horsepower to the front wheels through a CVT transmission and create an engaging and fun-to-drive sedan. However, at just under $40k many drivers may yearn for something with more “butt clinching” exhilaration and power that simply cannot be created in this particular FWD application. Just as the Nissan GTR is the precision scalpel to cut and slice its way around the track the Maxima is the precision sedan for the back roads of America. It won’t give you a “power-sliding” weekend in the canyons but the Maxima is your 4DSC is all you want is some good, clean fun every once in awhile.