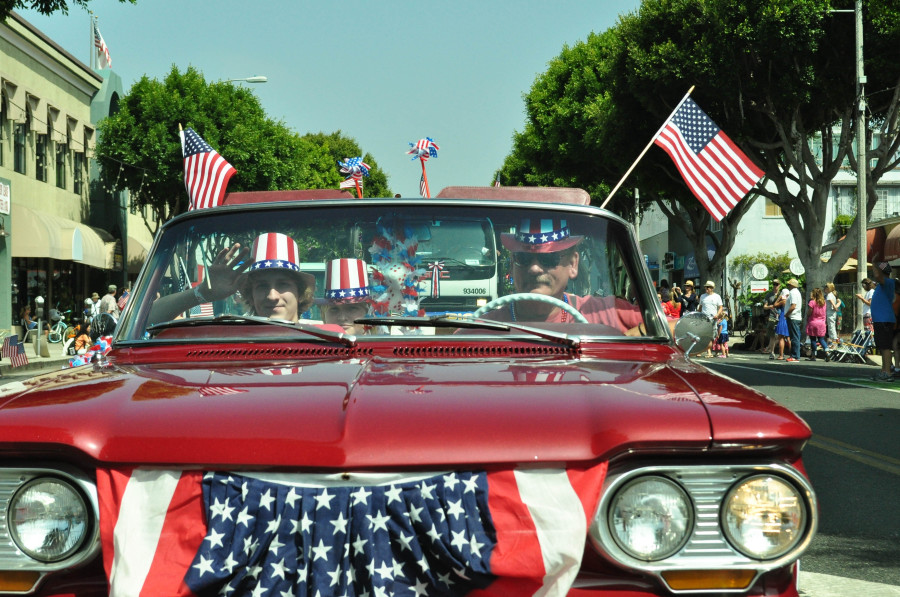 If there is one thing in which Los Angeles is consistent – it’s making Holiday driving absolutely miserable. I once left the LAX area on the Wednesday afternoon before Thanksgiving to get to my parents 86 miles away in Lancaster. It took nearly 5 hours and there had to be at least several driving deaths from anxiety alone. This year the National Safety Council has predicted the highest accident and driving death rates since they began predicting numbers in 2008. A predicted total of 409 deaths and 49,500 injuries requiring medical attention to be exact.

To the American Public, we didn’t defeat the English to simply wreck our car due to drinking too much of their Newcastle.  Buckle up and prepare yourselves for dodging fireworks that are shot by locals over the freeway and swerving to miss the flag flying off a pickup in front of you. Ring up Uber or have a designated Patriot drive you around while celebrating your freedoms. In conclusion, we must all remember the wise words of Bill Pullman from the movie Independence Day :

We’re fighting for our right to live, to exist.

And should we win the day, the 4th of July will no longer be known as an American holiday, but as the day when the world declared in one voice:

“We will not go quietly into the night!

We will not vanish without a fight!

We’re going to live on!

Today, we celebrate our Independence Day!

Itasca, IL –The National Safety Council estimates 409 deaths and 49,500 injuries requiring medical attention will occur on our nation’s roadways this Fourth of July holiday weekend. This is the highest predicted number the Council has released for a three-day Independence Day holiday since 2008. The holiday period falls on a weekend –from 6 p.m., Thursday, July 2 to 11:59 p.m., Sunday, July 5–and summer weekends are especially deadly. Six of the 10 deadliest nights of 2013 were Saturday nights in the summer. “Drivers always need to be vigilant, but this weekend, focus on the safety of your family,” said Deborah A.P. Hersman, president and CEO of the National Safety Council.“A few precautions can help ensure a memorable weekend. Spending the holiday with family is preferable to spending time in the ER.”NSC recommends the following tips for traveling safely this holiday: