What conjures up more feelings of manliness than red meat, bare-knuckle boxing, chest hair, and a firm handshake… how about a Volvo station wagon? You may believe that a Volvo wagon is the car of soccer-moms and retirees – but you’d be wrong. The crest on the front of the car is a not only the Mars symbol for the male gender but also a symbol for iron – meant to represent the strength and power of iron forged weapons. It was fitting then that week we tested the Volvo V60 T6 R-Design wagon we were set to head off to Vegas for my brother’s bachelor party. There would be sports, terrible hot wings, foggy memories, and quality male bonding. This is the story of our time with the Swedish ManWagon. 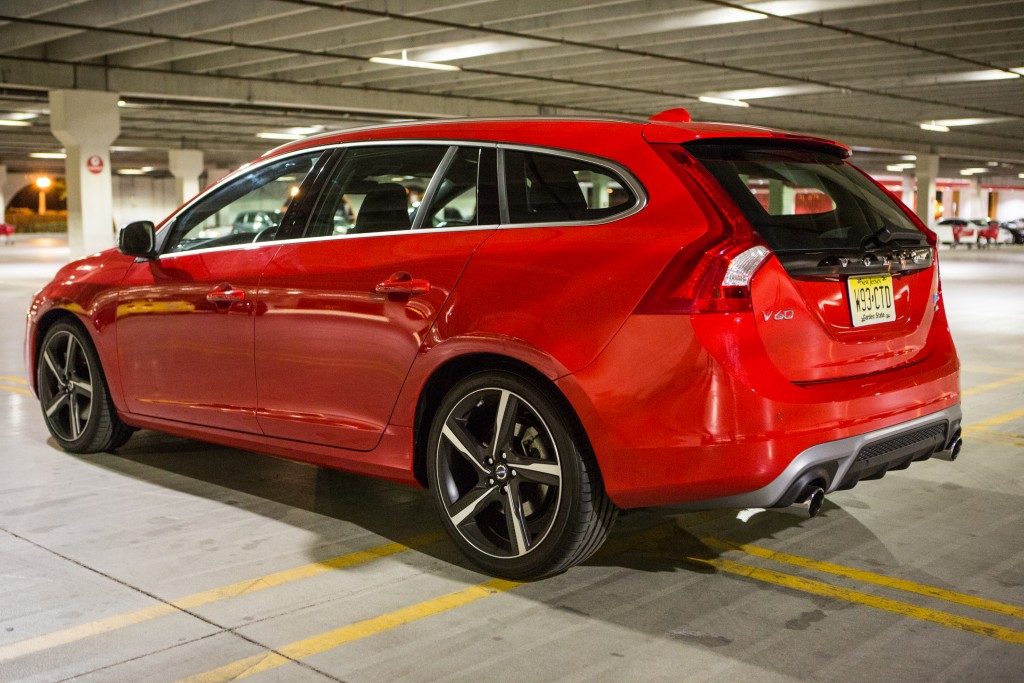 The start of our journey was a true test of the A/C in the Volvo V60 as the average trip temperature was in the low-100s. It would seem that the folks in Sweden may not be well acquainted with the boiling weather we face closer to the equator.  We left town with the climate control set to “Low” and the black leather interior hovered around a tolerable level instead of truly getting cool. However, the folks at Volvo have released a companion application called Volvo On Call (Android and iOS) that has the ability to “pre-cool” the car. The application can also give you information such as the temperature near your car, current gasoline level, and even tell you whether the doors and windows are open or closed. We mostly used the remote start feature to get the climate control running while we were still in the store. There is something so stupidly pleasing about starting your car while still in the check-out line at Target.

Once we hit the road the performance of the V60 came to life. This wagon may seem tame but the Polestar badge on the rear shows that this is one quick grocery-getter. Polestar is a Volvo race team that has been very successful in the Touring car series and who’s name represents the frozen north of Sweden. The 2014 V60 Polestar and S60 Polestar were the first two proper production cars from the team and many of Volvo’s turbo models wear a small Polestar badge. The V60 T6 features a turbo 3.0 liter inline-six that produces an impressive 325 hp and 345 ft-lbs of torque. The power transfer through the 6-speed Geartronic transmission is smooth and direct, giving the wagon a very sporty European feel similar to what you would find in an Audi Triptonic. We lost count of the amount a “neck-snaps” as we flew by cars in the passing lane through the long stretch up the 15 freeway. I’d like to say they were admiring the group of gentlemen inside the car – but that would be a lie. 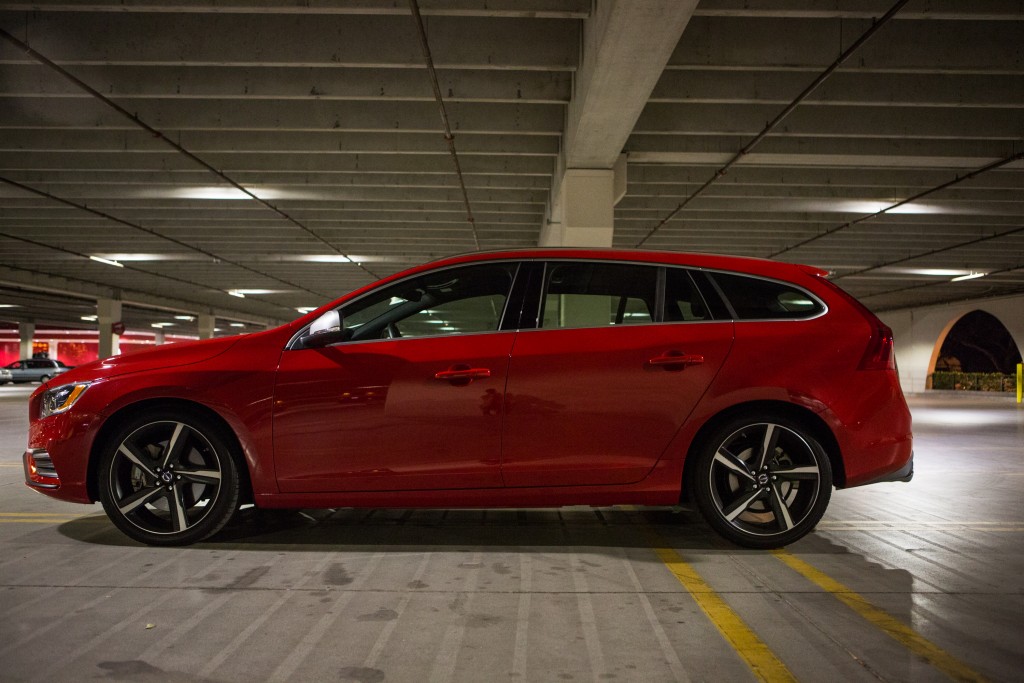 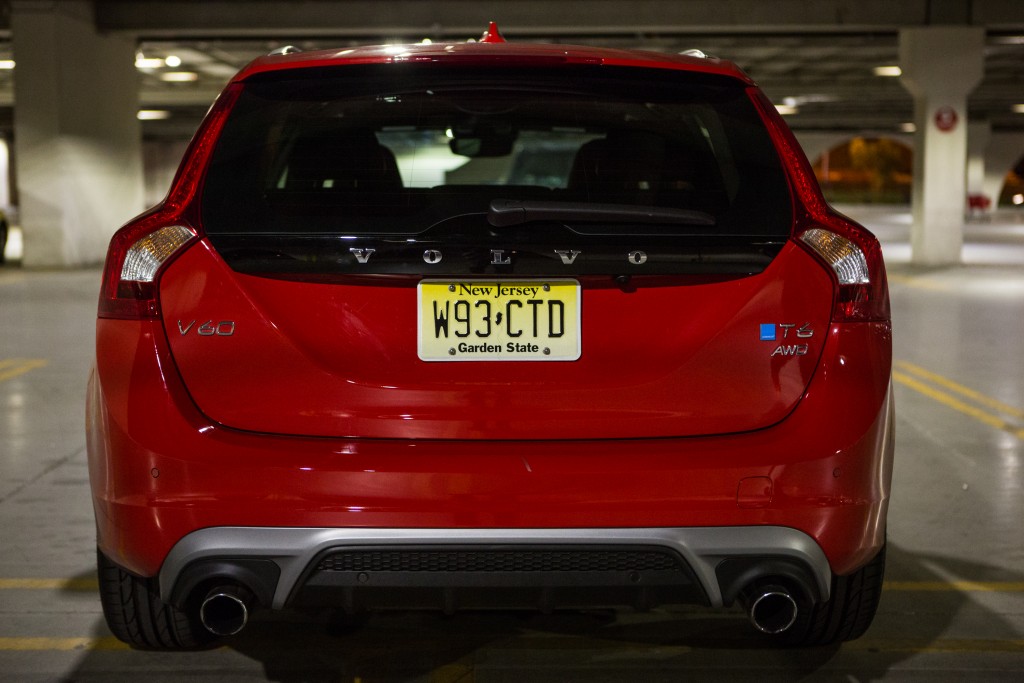 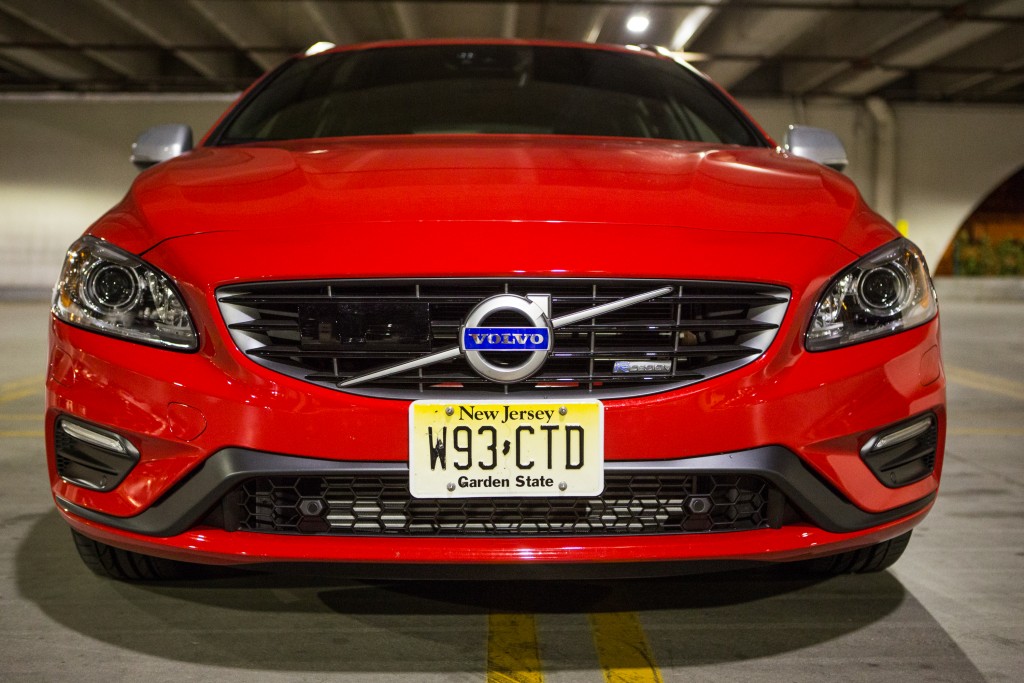 Much of the “neck-snapping” is due to the pure handsome look of this car. I think the V60 R-Design will go down as one the best looking wagons ever made. Volvo is one of the last remaining companies to keep the wagon alive in the United States and God Bless them for it. The R-Design package includes a sleek rear diffuser and polished tailpipes that really help accentuate an already proper rear-end. The front could have been made a bit more aggressive as the package includes only a small chin spoiler – but I can appreciate the subtly. The V60 T6 R-Design really stands out from other cars on the road and the Passion Red paint and 19″ wheels make certain to grab their attention. The Volvo V60 “ManWagon” is a display to let everyone know you are confident, powerful, and more than a little bit of fun. Whereas competing wagons like the Honda Accord Crosstour let everyone know you have given up on enjoying life. 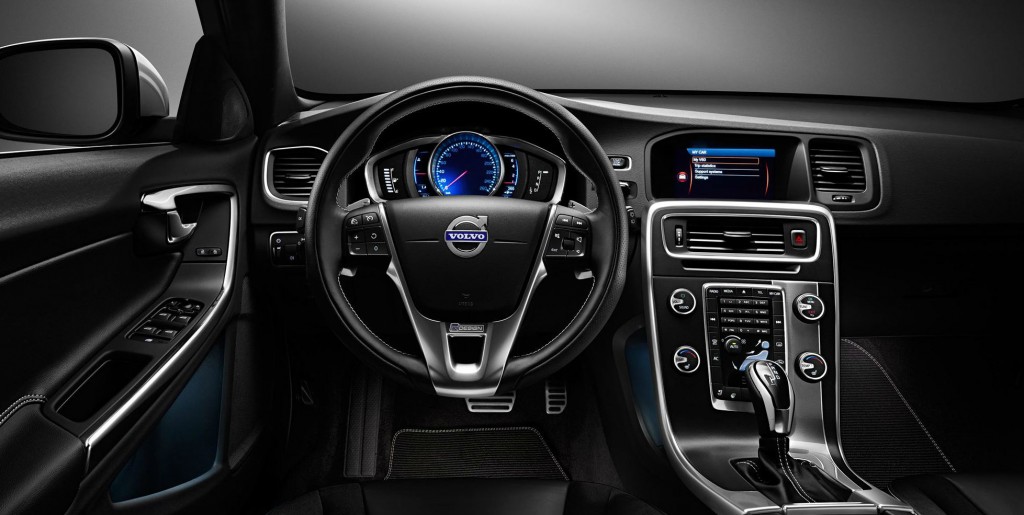 Inside the V60 R-Design is similar to the standard model aside from the suede and leather sport seats, sport pedals, and an illuminated gear shift. R-Design badging can also be found on the steering wheel, door sills, and floor mats. Our Volvo included the Platinum package with the Harmon Kardan sound system and all the safety features to make it nearly impossible to collide with anything on the road. Our V60 also had built in wifi to allow us to browse audio on our tablet and keep music queued up for the long drive. The whole package creates one exhilarating people carrier with the confidence to know that the car will reign you in if things go wrong. At just over $50,000 the Volvo is worth a look for anyone pining over an Audi Allroad or Mercedes E350 wagon. The V60 R-Design certainly has more power and character than either of those vehicles. For even more character, I would pay a little more for beautiful Polestar V60 in Blue. UPDATE: Volvo has bought Polestar as of 7/14 so look forward to more development in the world of sporty wagons. 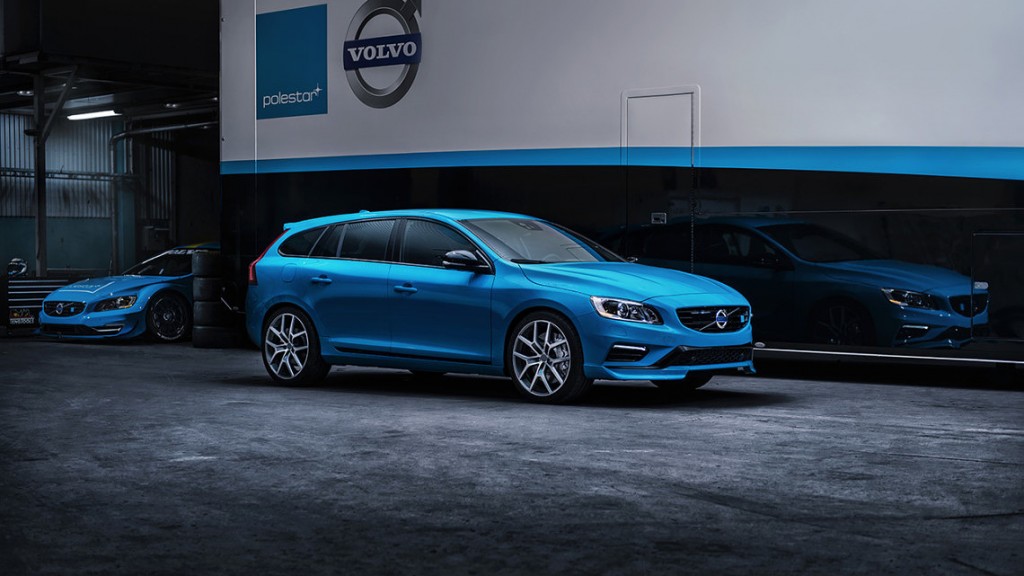 Road Test Notes:
– We saw an average of 27-31 MPG on our highway drive (28 MPG EPA Rating)
– The TFT gauge has 3 modes : Elegance, Performance, and ECO showing appropriate info for each mode
– V60 still features “cubby” area under center console, great for storing items you want to forget about
– Volvo On Call App also allows a timer to automatically heat or cool your car in the morning before you set off

Vegas Notes:
Here is a bonus grainy photo of a man standing in Caesars Palace fountains collecting change. We are 90% sure he had seen the V60 and went about collecting a down payment. 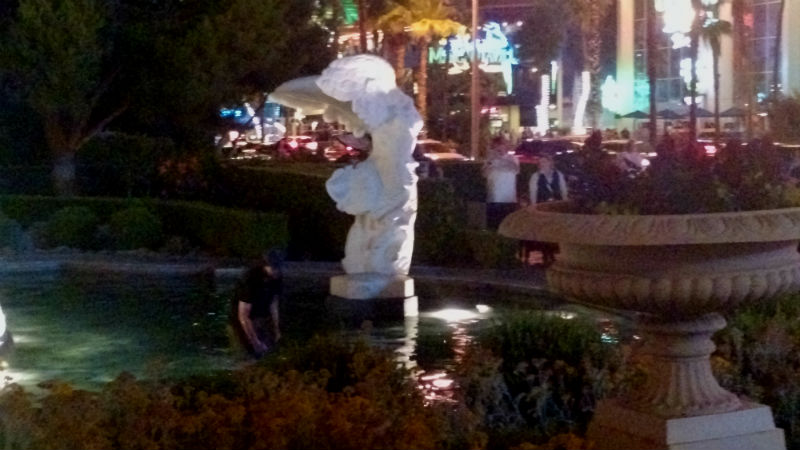