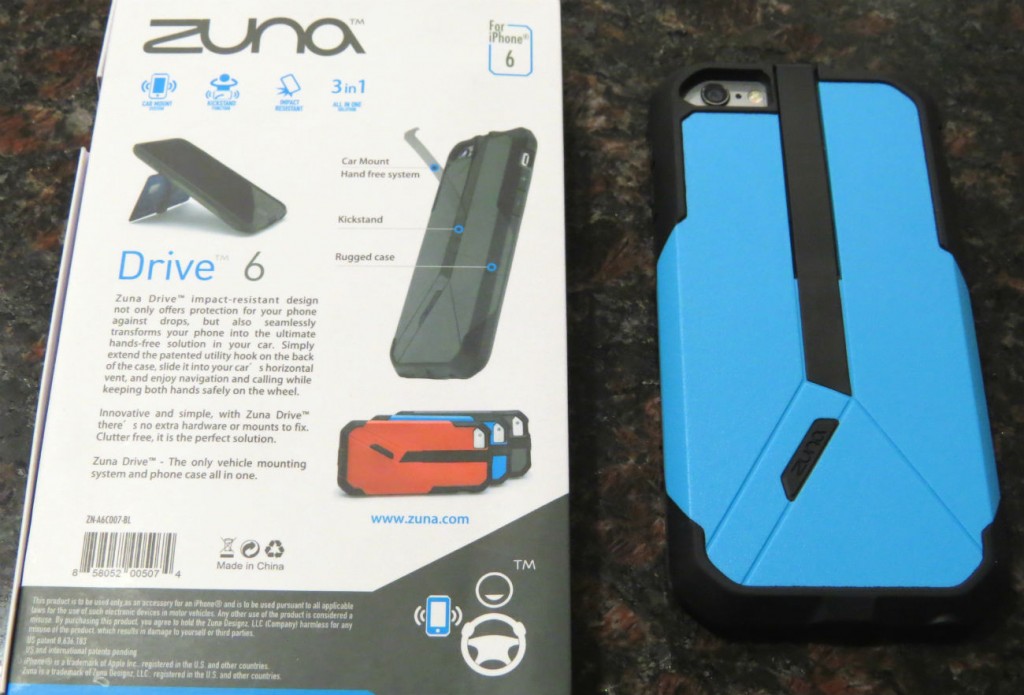 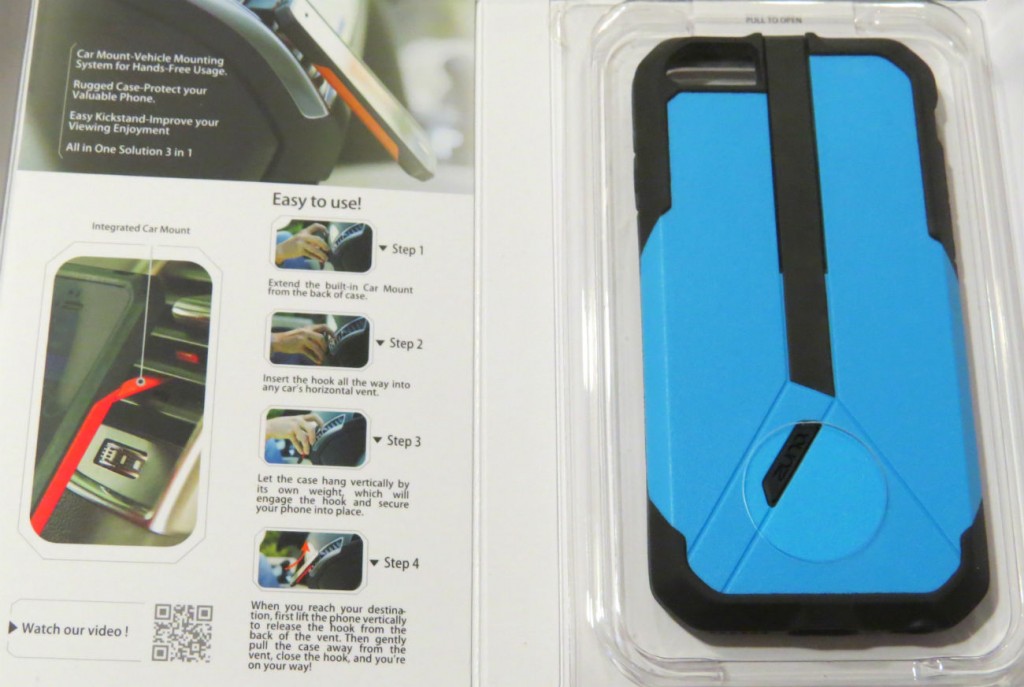 First, I will need to admit before this review that I am an Android phone man through and through. I have had a half dozen personal phones thrown down concrete and stairs with not a scratch. However, my company phone has always been an iPhone and they have always needed a case due to the fragile glass. If you so much as sneeze or look at an iPhone incorrectly – it will shatter. As an example of this, I had my iPhone 6 only two weeks before it fell out of my pocket getting out of my car and cracked at the corner. Luckily the folks at Zuna Drive® have come to the rescue and offered to protect my phone with their special case. What makes this case special is that it doubles as a car mount as the center of the back un-clips to hang it from your car’s air vents. So hold on as we clip in and take the Zuna for a ride. 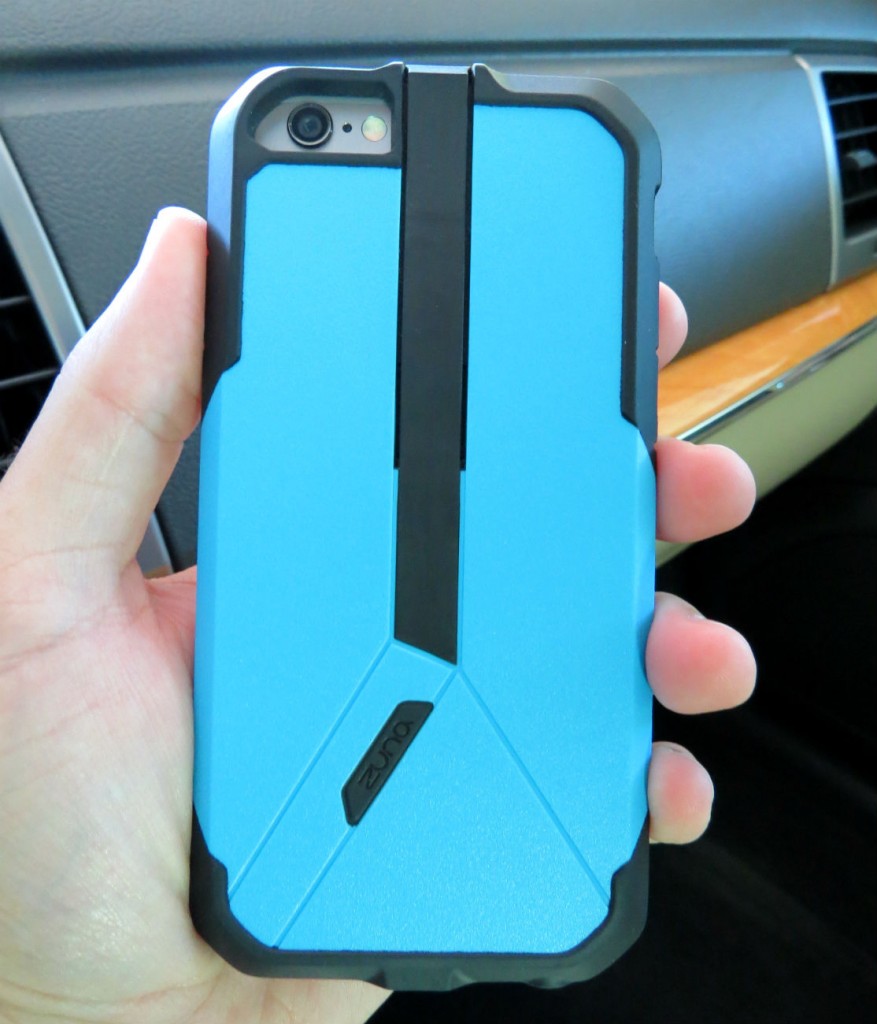 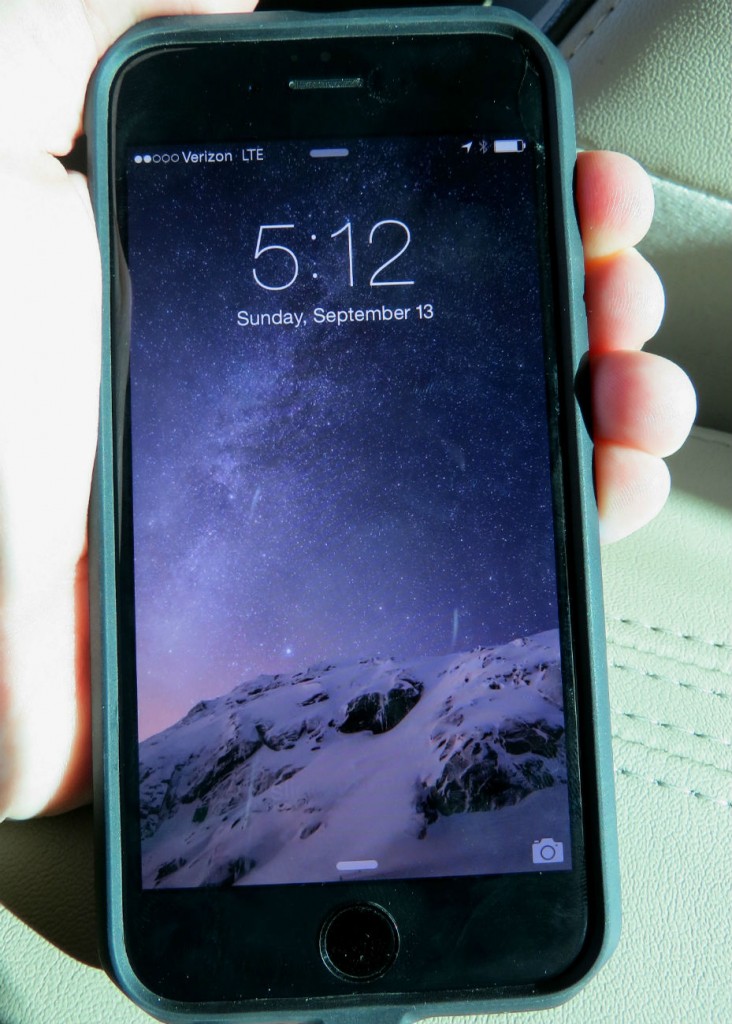 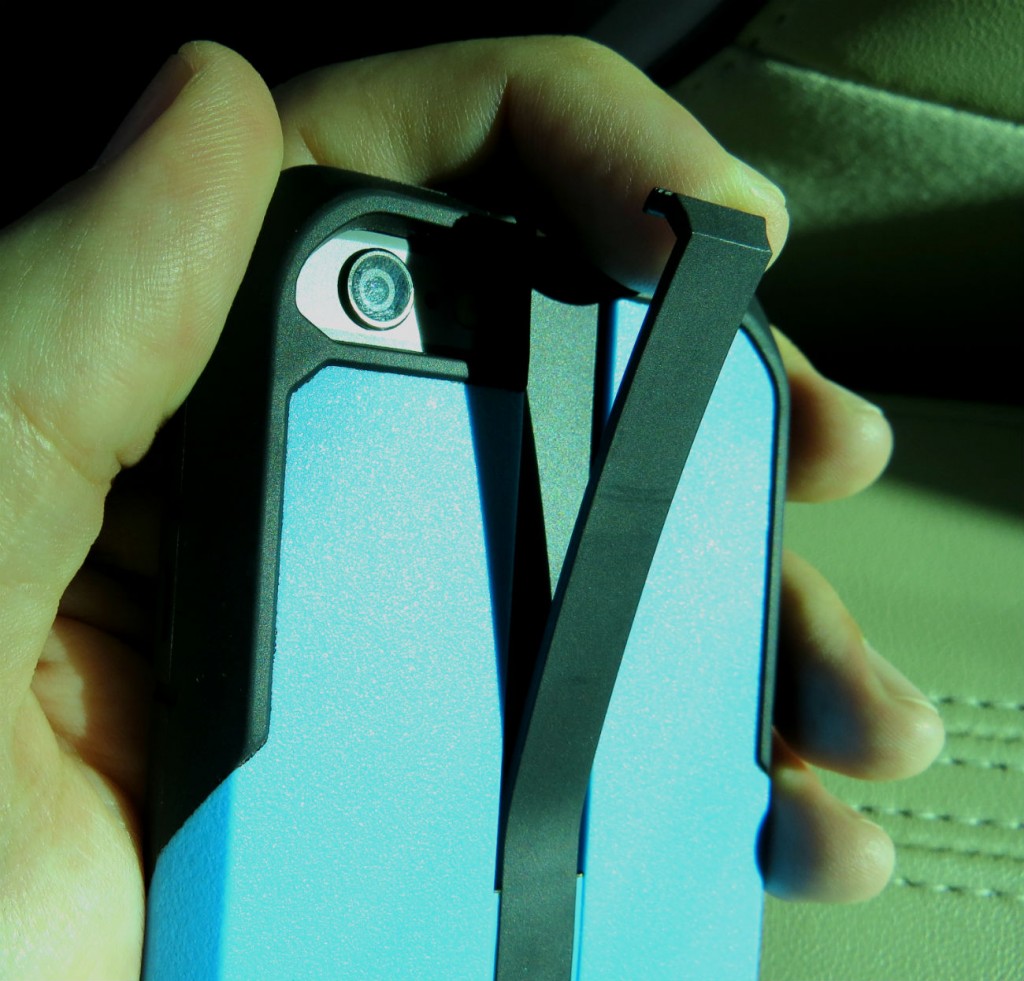 The packing for the Zuna Drive case had a premium feel magnetic cover to reveal the case and instructions. A QR code also linked to their website for more information on using the product. The case itself also has a nice quality construction. The edges have a soft-touch black plastic material that is easy to grip and has openings from things like the speaker, silence switch, charger port, and headphone jack. The back itself is a hard and durable plastic – blue in my case – that was resistant to any scratching or drops on the concrete (happened more than once). The back clip is claimed to also double as a kick stand with some help from a credit card but that particular feature is a bit of a stretch and a future update to keep the stand out on its own would be very helpful. 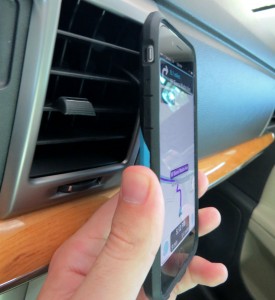 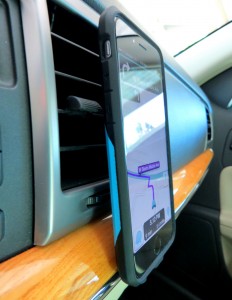 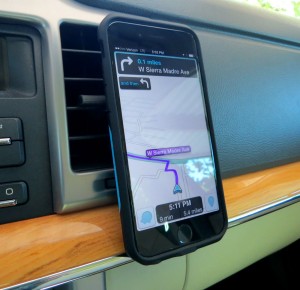 The clip itself is extremely good at its primary selling point which is attaching to the air vents in your vehicle. The flexible built in car-mount portion is easy to open and slide into the vent. It grabs to the vent instantly and hangs in place without causing the vents to sag and move. It does block the majority of air coming from the vent you attach it to and actually keeps the phone very cool. Other window mounted phone grips have overheated my iPhone in the recent triple-digit temperatures and the Zuna kept it cold to the touch.  The case removes easily as well as you lift and flex the mount to release from the backside of the vent.

The Zuna Drive® would be the perfect addition to anyone who uses navigation apps like Waze of Google Maps on a daily basis. I could also see Uber drivers appreciating the ability to mount a phone when needed and not keep a large suction mount in their car. The Zuna case is currently only available for the iPhone 5, 6, and 6 Plus (Galaxy S6 Case in the works) in red, blue, or black colors. I can’t imagine using a standard car mount again and suggested you pick up your own Zuna Drive®.