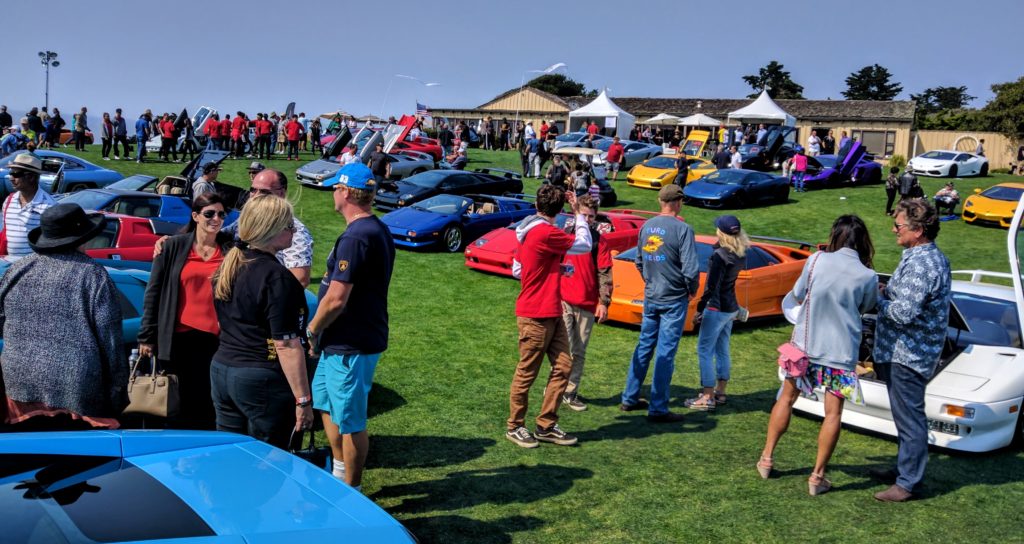 Car week in Monterey should be at the top of the “automotive bucket list” for any true enthusiast. The streets fill up with some of the most exotic and sought-after vehicles in all of the world. Many think of the famous Pebble Beach Concours d’Elegance as the main event during the week but side events like the Concorso Italiano are not to be missed. This annual gathering of Italian vehicles features all the glossy red paint and stunning beauty that you would expect from a country that is associated with the likes of Ferrari, Lamborghini, and Alfa Romeo. We spent some time walking the Black Horse Golf Course in Monterey Bay California to share some of the more unique vehicles we discovered during the 2017 Concorso Italiano. 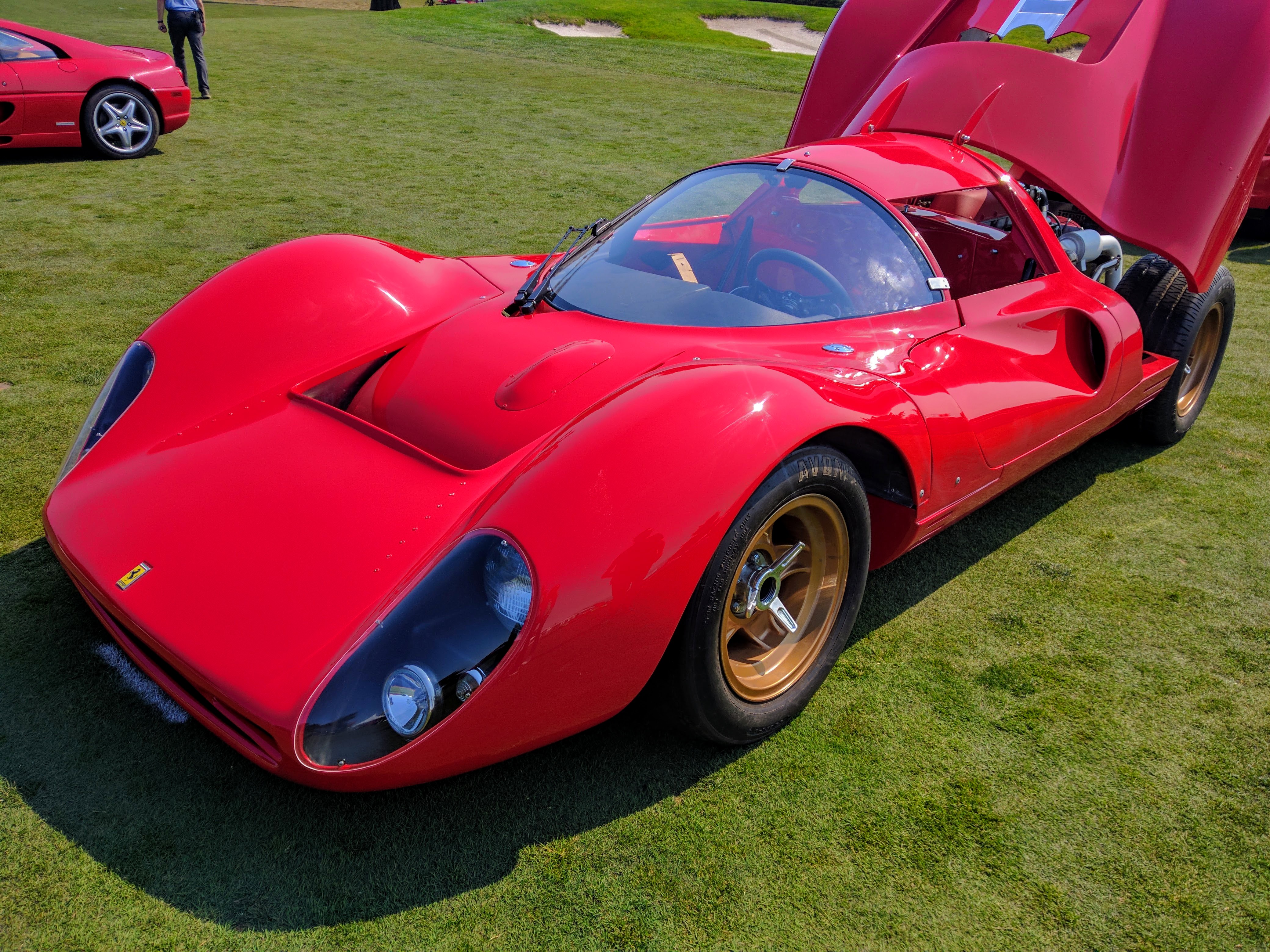 This stunning tribute car is about as good as it gets considering the real Ferrari 330 P4 models are extremely rare and fetch around $9 million at auction. The spirit of the original design remains and this 330 P4 recreation received quite a bit of attention during the event. The father and son team, Jim and Michael Carpenter, work building custom Ferraris at Italian Design and Racing in Arizona. Their Ferrari 330 P4 recreation is built on a 1967 330GT chassis (SN 5745) with a tuned Ferrari 550 Maranello V-12 motor. 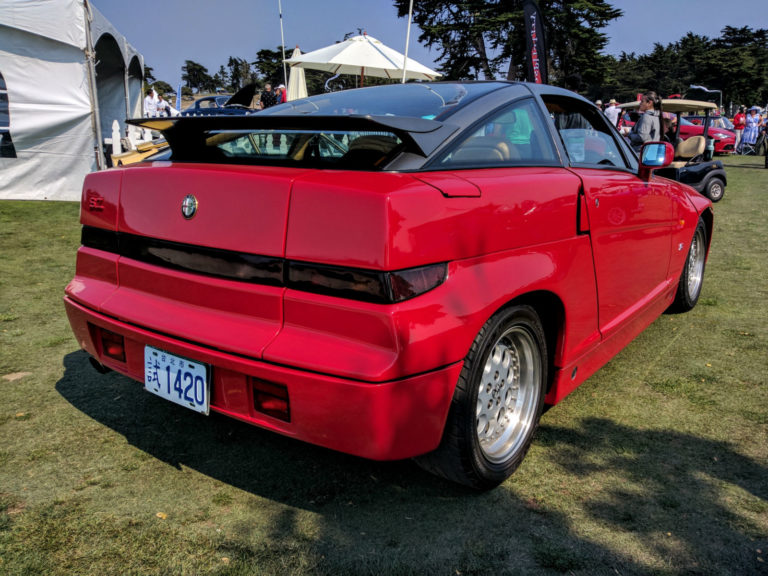 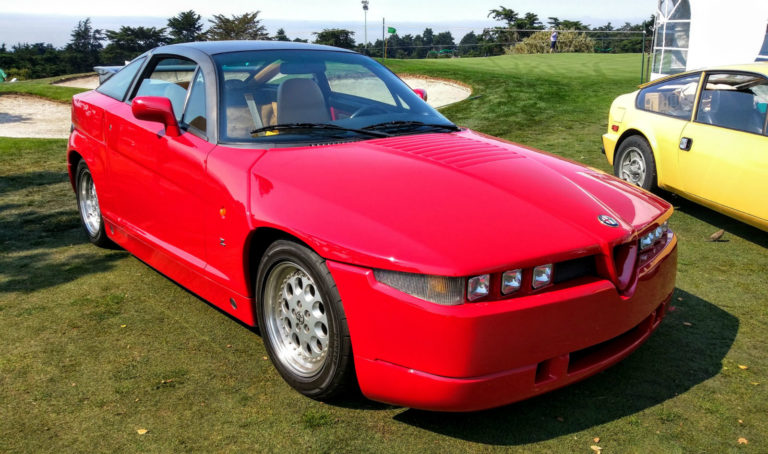 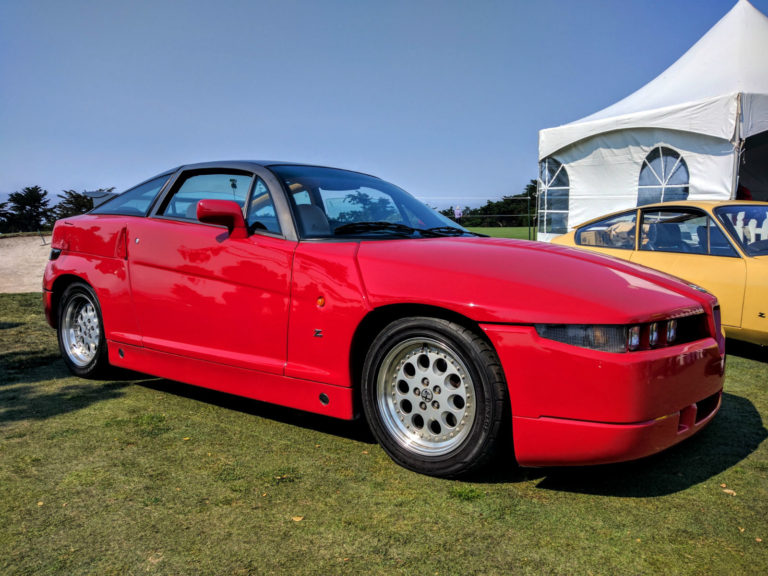 Getting a chance to see this stunning SZ or Spirit Zagato from Alfa Romeo was like meeting a childhood hero. The SZ was produced through a partnership between Zagato and Alfa Romeo from 1989 until 1991. A roadster version, the Alfa Romeo RZ, was then produced from 1992 until 1994. The styling is a perfect blend of the late-80s and the early-90s, with its wedge shape and striking front end. The design of the front headlights would be used in some form on Alfa Romeo vehicles well into the 2000s.

Under the hood is a 3.0L 12-valve V6 that produces over 200 horsepower and the car rides on rally-tuned sports suspension. This particular example was in perfect shape and was shown in the only color available for this model, red with a gray roof and tan leather interior. A little over 1,000 SZs were produced and the car is very rare to come by in the US. Current prices range from $90k to $120k and they are sure to rise as the classic car market grows for 90s-era vehicles. 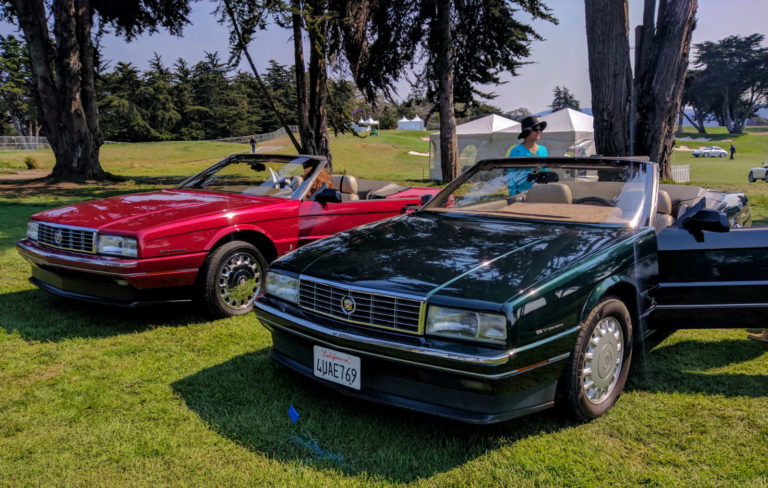 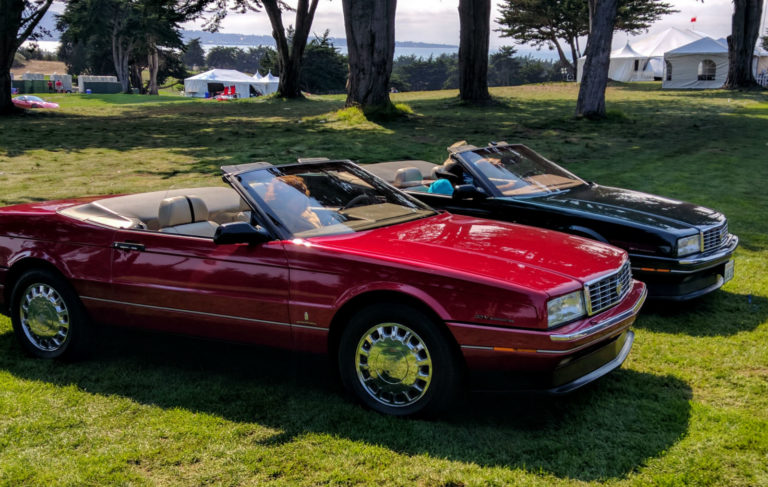 To the layperson, a group of Cadillac convertibles set along the trees at the Black Horse Golf Course during an Italian car event might seem out of place. However, the Cadillac Allanté is rather famous in the car world for havings its classic body both designed and built in Italy. The Allante body was manufactured and shipped to Detroit by the famous Pininfarina design house in Turin, Italy. The same Pininfarina that has designed nearly every Ferrari production car since the 1950s.

The Cadillac Allanté was produced from 1987 to 1993 and was quite costly to produce. The original sticker on the Allanté was around $55,000, or the equivalent of nearly $120,000 today. Despite the price, this Cadillac is truly special and the simple and elegant design still looks handsome after all these years. These two examples in a deep green and maroon stood out as classic and conservative American luxury cars in a sea of bright red and yellow. 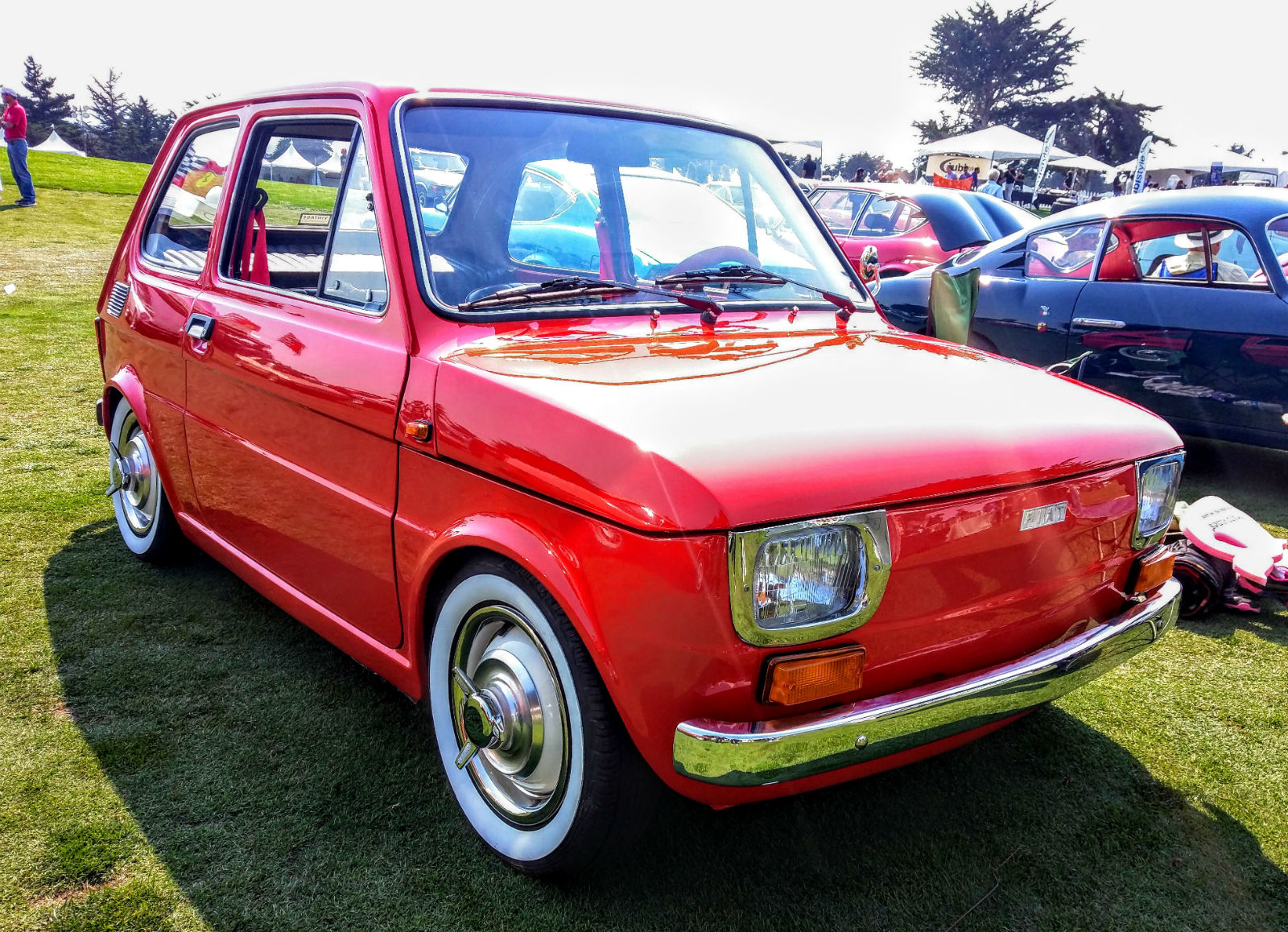 This humble Fiat 126 charmed its way into our list from a crowd of exotic Italian supercars. We love the simple restoration and customizations like the knock-off wheels and whitewall tires. The Fiat 126 arrived in 1973 to replace the Fiat 500 and still has a lot of the same fun and functionality. While there was never a true Abarth version of the Fiat 126, this owner has upgraded the engine with Abarth parts and affixed an Abarth badge on the rear hatch.

Be sure to follow 4inchstroke on Instagram for more images of this awesome Fiat 126 along with his varied collection of classic cars: 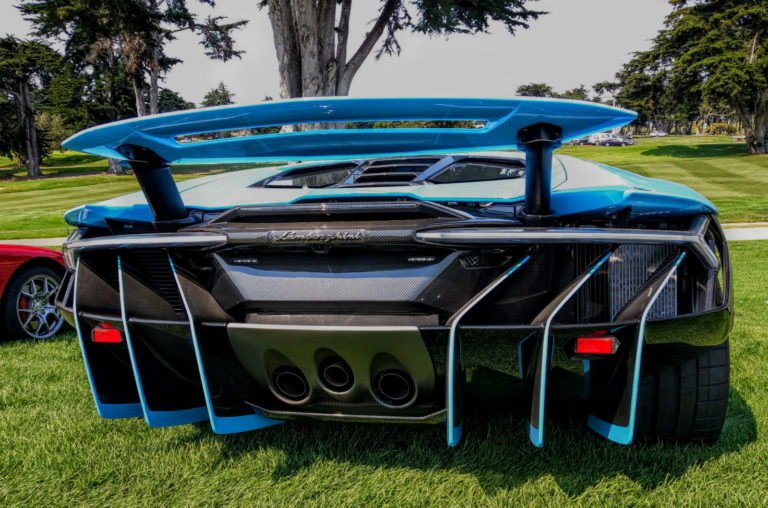 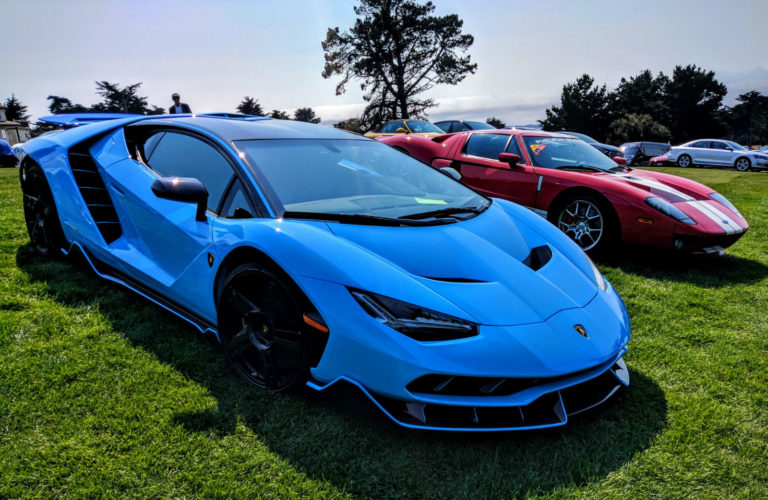 The Lamborghini Centenario were out in force this year, attending many events during the Monterey Car Week including the Concorso Italiano. The Centenario was created to commemorate Ferruccio Lamborghini’s 100th birthday and only 40 examples were produced. The spectacular-looking vehicle is based on a Lamborghini Aventador platform with a tuned version of the Aventador’s 6.5-litre V12 producing 759 hp.

This particular example is painted in Lamborghini’s bright Blu Cepheus paint color and was spotted all over Monterey. After seeing several paint combinations of the Centenario, we have to say that this is one of the most beautiful of the 40 cars and a perfect tribute to the company’s founder. The owner, Brad Hetrick, can be found on Instagram and is a “must follow” for anyone who wants to see more of this legendary Italian exotic.

Top Five: “Once you go Brown…”